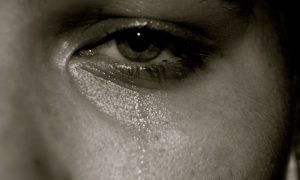 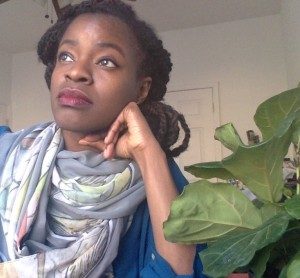 Adele’s heartbreaking ballad Hello, about a lost lover, has topped the Billboard Hot 100 for weeks, while 25, the album from which it comes, broke records for the highest number of album sales in its first week (3.48 million). Sad songs can be immensely popular, often moving us in a more memorable way than happier ones. The strange thing about sad songs is that people will readily consume music that can leave them feeling bad or recalling unpleasant events. When given the choice, why wouldn’t people listen to uplifting music instead of songs that could depress them?

Sad music might make people feel vicarious unpleasant emotions, found a study published last year in Frontiers in Psychology. But this experience can ultimately be pleasurable because it allows a negative emotion to exist indirectly, and at a safe distance. Instead of feeling the depths of despair, people can feel nostalgia for a time when they were in a similar emotional state: a non-threatening way to remember a sadness.

People who are very empathetic are more likely to take pleasure in the emotional experience of sad music, according to another study in Frontiers of Psychology. Others enjoy sad songs because they help them return to an emotionally balanced state, according to a review in Frontiers in Human Neuroscience, published in 2015. And those more open to varied experiences might enjoy the songs because the unique emotions that come up when listening to the music fulfill their need for novelty in thoughts and feelings.

In fact, the quest for variety could also explain why some people crave dissonant or experimental music full of uneven, cacophonous or downright disorienting sound. Musical genres such as noise, no wave and experimental rock have a dedicated fan and artist base in thriving underground scenes. Research suggests that people who are more open to novelty are more likely to take pleasure in the uncommon elements found in these non-traditional types of music. A 2012 study in Psychology of Music found a positive correlation between openness to experience and liking jazz, a genre that often defies a traditional pop structure.

Being open could make a person more prone to immersion in both unconventional songs and genres. But repeated exposure is the key to a deeper attachment. I asked my friend, the musician Angela Seo, about her burgeoning love of noise music, which has noise literally embedded in the songs. Seo and I used to play together in a pop band, but one of her current projects, Xiu Xiu, is an art rock band that favours more experimental and grim musical elements. ‘When we are young,’ Seo said, ‘we become used to the structure and the melodies and harmonies in most of our pop songs. But then you start to open yourself up to the different types of music and realise that there’s so much out there. It was a gradual process for me. I just found myself fascinated and intrigued by dissonant and noise music… At first it’s just novelty… then you start learning about the subtlety and nuances of [the music].’

It is the ability to explore off the beaten track that makes ‘irregular’ music so much fun. Seo often improvises noise music with friends, creating by feel rather than by structure. ‘Trying to drive music and create movement and emotions in a song without the usual tropes of rhythms or choruses and melody is really interesting,’ she said.

In the end, an individual’s love of a particular song or genre of music could have roots in their specific personality – a finding that brings us a little closer to understanding how music reflects and influences our lives.