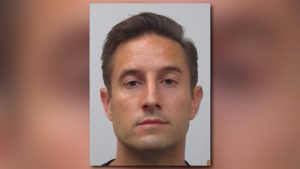 On May 9, Pastor David Reynolds, formerly of Cornerstone Bible Fellowship Church in Sherwood, Arkansas, was arrested on 70 counts of child pornography.

According to the Sherwood Police Department, Reynolds’ arrest followed a lengthy investigation which began with a tip to the National Center for Missing and Exploited Children in December.

KARK reports that Reynolds had at least three social media accounts which were registered under assumed names. He used those accounts to distribute and receive child pornography.

Sgt. Keith Wilson of the Sherwood Police Department told KARK that police also found a large number of pictures on Reynolds computer. One of the photos was of a 13-year-old girl who was identified as a member of Reynold’s church. The girl was able to help police identify other children who were in photos stored on Reynold’s computer.

Reynolds was removed from all duties with the church on March 7, after he admitted to church members that he had a ‘problem with pornography.”

Church elders released a statement regarding his removal, saying:

On March 7th the elders of Cornerstone removed Dave Reynolds from all responsibility at Cornerstone. Dave had informed two of the elders that he was engaged in pornography and thought the elders might learn of this from another party, hence he decided to inform us of his involvement in this sin. Those two elders specifically asked Dave if he had viewed under age pornography to which he replied that he had not knowingly done so.

Reynolds plead not guilty to the charges and is currently being held on a $250,000 bond.

Queerty reports that Reynolds sermons were often vehemently anti-gay. According to the website, the former pastor preached against same-sex marriage and consensual same-sex relationships of any kind, saying that all LGBTQ relationships are ‘sin.’

How anyone can preach that a relationship between two consenting adults is sin while at the same time sending and receiving images of innocent children for their own sick sexual gratification is beyond comprehension.