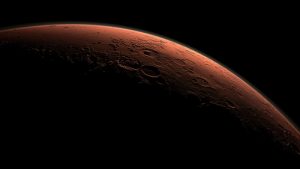 Stephen Petranek untangles emerging technologies to predict which will become fixtures of our future lives — and which could potentially save them.

It sounds like science fiction, but journalist Stephen Petranek considers it fact: within 20 years, humans will live on Mars. In this provocative talk, Petranek makes the case that humans will become a spacefaring species and describes in fascinating detail how we’ll make Mars our next home. “Humans will survive no matter what happens on Earth,” Petranek says. “We will never be the last of our kind.”

Writer and technologist Stephen Petranek became a reluctant doomsayer when his earliest TED Talk (“10 ways the world could end”) racked up 1.5 million views. But Petranek is in fact an optimist who believes that humanity will escape its predicaments — literally. Within a century, he predicts that humans will have established a city of 80,000 on Mars: and that not only is that plausible, but it’s also inevitable.

Petranek is the editor-in-chief of the Breakthrough Technology Alert, a technology newsletter that ties scientific breakthroughs to investment opportunities. He’s the author of the TED Book How We’ll Live on Mars.