We spend a lot of time worrying about endangered species, especially the cute and cool ones like foxes and bears and big cats.

Well, where do you think all those cute and cool guys live? They live in places: glorious, complex, living, beautiful places. The species of the world couldn’t live without the environments that sustain them, which is why deforestation, resource extraction, and climate change pose such global threats. And when we talk about protecting the “environment” we need to remember to protect particular environments: ecosystems.

Luckily, scientists have decided which ecosystems need the most protection. In a study published in the most recent issue of Science, researchers studied thousands of the world’s ecosystems and ranked them in terms of irreplaceability. These are ecosystems that sustain a stunning range of flora and fauna that couldn’t survive anywhere else. You can browse the complete database.

Here are the 10 most irreplaceable ecosystems on Earth. 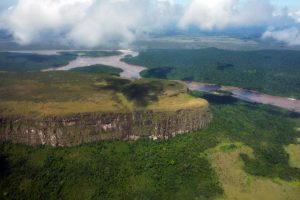 Tepuyes are giant plateaus in Venezuela. Imagine climbing a mountain and finding yourself at the edge of a huge savannah. That’s what Tepuyes are like.

Sometimes called “table-top mountains,” they are home to many species that don’t exist anywhere else, such as the saffron-breasted redstart bird and Fernandez’s sword-bosed bat.

Tepuyes have inspired some pretty decent pieces of creative expression, including Arthur Conan Doyles’ The Lost World and Disney Pixar’s Up. The “Paradise Falls” in Up is an animated version of Angel Falls, which cascades from one of these tepuyes and is the tallest waterfall in the world. 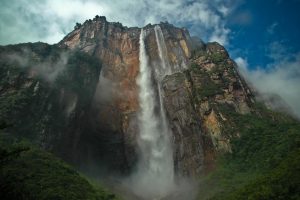 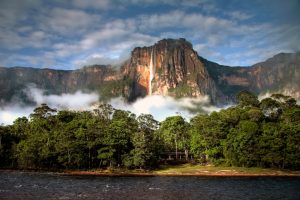 The Tepuyes are located in Canaima National Park, a World Heritage Site that covers 3 million hectares in southeastern Venezuela.

One interesting thing about Canaima is its connection to Africa. A long, long time ago — like, a few hundred million years ago — South America and Africa were connected as part of a single supercontinent. You can see that geological history in Canaima. The sandstone rock formations in the western Sahara are very similar to the sandstone that makes up some of the Tepuyes.

There are some great animals there. There’s the bush dog and the little spotted cat, and giant versions of animals found elsewhere: the giant anteater, giant armadillo, and giant otter.

People of the Carib family of Amerindians have lived in the area for 10,000 years. 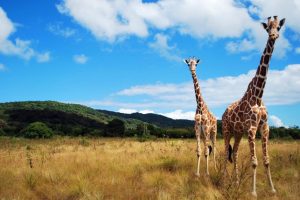 The Calauit Game Preserve is an experiment in wildlife translocation. The preserve was created by order of Presidential decree in 1976 and the project began the next year with the importation of eight animal species endemic to Africa: giraffe, eland, zebra, impala, bushbuck, gazelle and waterbuck.

In the decades since, the animals have thrived and their populations have grown. The only animals that didn’t do so well were the gazelle and the topi. Too bad for them and too bad for us.

Calauit has become a destination for tourists who want to see cool giraffes and for researchers who want to figure out how these African animals are doing so well in Southeast Asia. 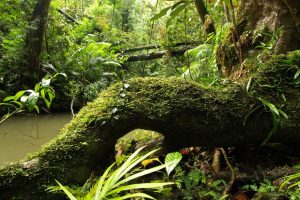 The Wet Tropics cover the northeast coast of Australia for some 450 kilometers. Its biodiversity is crazy: 3,000 vascular plant species, 107 mammal species, 368 bird species, 113 reptile species, and 51 amphibian species. Hundreds of those species are endemic to the Wet Tropics and are threatened or endangered.

Several of Australia’s unique marsupials call the Tropics home, including the ringtail possum and the musky rat-kangaroo, one of two tree kangaroo species and the world’s smallest macropod. There are great birds, too, including the flightless Australian cassowary, one of world’s largest birds. 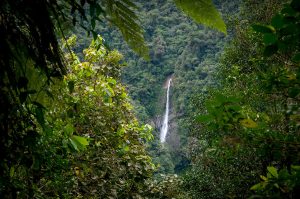 The Cordillera de Talamanca is the only location in Central America that shows evidence of having been sculpted by glaciers. The last glaciation was 25,000 years ago.

All the best animals live there. Pumas, tiger cats, jaguars, tapirs, ocelots, spider monkeys, the resplendent quetzal (that’s its real name), and the very elusive green and black high-altitude viper. A nice mix of animal friends from North and South America, meeting in Central America to live in tropical harmony. 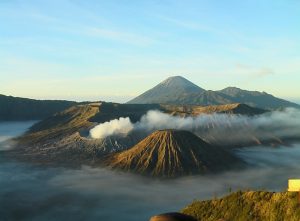 The largest protected area in Southeast Asia, Lorentz National Park covers 2.35 million hectares on the island of Papua. Its mountain range was created by the collision of Australian and Pacific tectonic plates. It’s the only protected area in the world where you can find snow-capped mountains (the one above is Mount Puncak Jaya) and lowland wetlands and everything in between: alpine vegetation, marshes, coastal mangroves, and other great stuff. 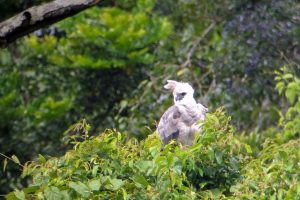 The Imataca Forest Reserve is another protected area in Venezuela, which, you might have noticed, has lots of irreplaceable ecosystems. Imataca lies on the eastern border with Guyana. It’s a destination for ornithologists and bird enthusiasts. You’ve got painted parakeets, black nunbirds, greater yellow-headed vultures, red-throated caracas. All of the birds, basically. And the star of the show: the Harpy Eagle. 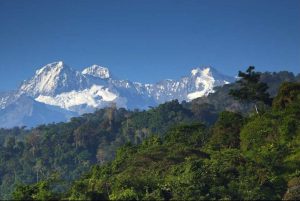 The Sierra Nevada is the tallest coastal mountain in the world (5,775 meters). It’s home to 120 species, including white-bellied spider monkeys, white-lipped peccaries, and little spotted cats. There are several species of amphibians and reptiles that don’t exist anywhere else on Earth. Those that live above 3,000 feet evolved in total isolation.

The Sierra Nevada is also home to indigenous peoples. A popular site for tourists (although it’s quite a hike to get there) is the Ciudad Perdida, an ancient city built around 800 AD (650 years earlier than Machu Picchu) and likely abandoned during the Spanish conquest. 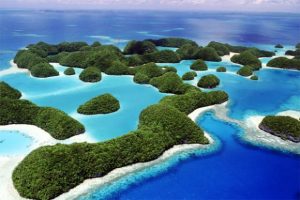 The Galápagos Islands are one of the most awesome places on Earth. Located 1,000 kilometers off the coast of Ecuador, the archipelago has 127 islands. Nineteen are large. Four are inhabited. They are located at the intersection of three different ocean currents, which has produced a diverse and unique marine environment.

Its flora and fauna famously inspired Charles Darwin’s theory of evolution and it remains a “living museum and showcase of evolution.”

There’s no way to sum up the amazingness that is Galápagos in a couple of paragraphs. So instead, here’s this Galápagos hawk. 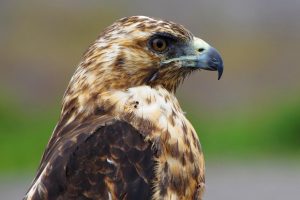 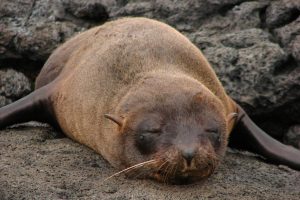 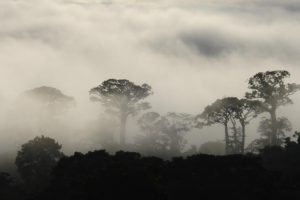 Darien National Park forms a land-bridge between Central and South America. (In the early Pleistocene period it was submerged beneath the ocean.) It boasts a remarkable diversity of ecosystems: sandy beaches, palm forests, mangroves, wetlands, and some incredible rivers, including the Tuira and Balsa.

Darien is also home to 1,200 indigenous Amerindians of the Chocó and the Kuna tribes.