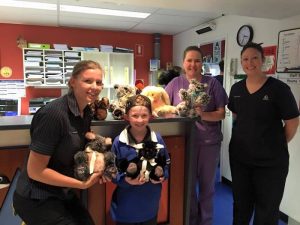 Fueled by a desire to bring joy to others, Campbell Remess taught himself how to sew when he was only 9 years old, and for the past three years he has created over 800 stuffed toys for sick children in hospitals.

It all started three years ago, when Campbell asked his parents if they could buy Christmas presents for kids in hospital. They were touched by his kindness, but told him that buying so many toys would be too costly. He is one of nine siblings, and buying presents presents for all of them was already a pretty expensive affair for the parents. Only Campbell didn’t let a simple “no” discourage him out of bringing a bit of joy to kids going through tough times, so he just decided to make the presents himself.

Campbell’s mother, Sonya Whittaker, thought it was a great idea, assuming he was going to make  a bunch of paintings or drawings. But then he approached her with a pattern for a stuffed animal he found online, asking if she could make any sense of it. The woman struggled with it, but eventually Campbell himself figured it out. He asked if he could use his mother’s sewing machine to make the toy, and she agreed, as long as he was careful not to sew his fingers by mistake. It took the 9-year-old boy five hours to create his first stuffed animal, but after three years of practice, he is now able to put one together in just an hour.

“I was blown away by the first bear,” Sonya Whittaker told TODAY.com. “Overly impressed and totally in awe but not surprised at his persistence to teach himself.” The successful experiment only inspired Campbell Remess to become better at sewing, and challenged himself to create one stuffed toy per day and donate them to sick children struggling in the hospital. Project365 by Campbell was born. 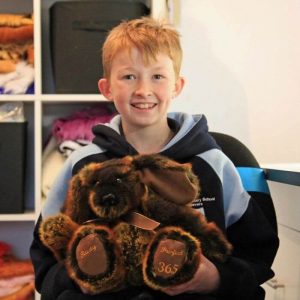 Over the last three years, Campbell Remess has created over 800 stuffed toys fo sick children. Even when his mother encourages him to to do something else, all he seems to care about is sewing his adorable toys. “If Campbell could be on that sewing machine 24/7, he would. It’s ‘Campbell, go and play your Xbox.’ ‘Campbell come and watch a movie,’” Whittaker says. “He’s just not a normal kid. Not every 12 year old would want to do that.” 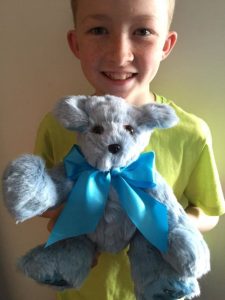 Campbell sends his toys to children all over the world, but still visits the Royal Hobart Hospital in his home city of Hobart, Tasmania, to personally gift plush animals to sick kids there and loves to see the reaction on their faces. “They smile and some hug me. It makes their whole day better,” he says. 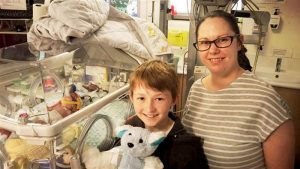 “Campbell is just wired really differently He looks at sadness and tries to turn it upside down,” his mother says. “He’s not a quitter — I only see bigger and brighter things for him.” 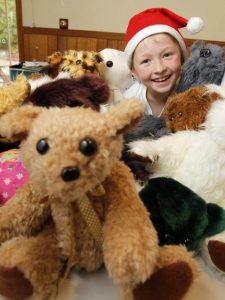 When he first started sewing, the young boy used materials provided by his parents, but today he relies on money and supplies donated by people who appreciate his kindness and dedication. If you would like to contribute, you too can donate money via PayPal or send him materials through his website.