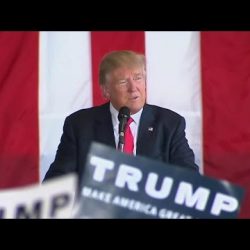 By Dana Milbank, Washington Post Columnist / 07.20.2016 The Trump campaign has lately alternated between disaster and farce: the awkward rollout of Mike Pence, the botched logo, two parliamentary disputes on the convention floor, a muddled message, a plagiarized speech by the would-be first lady. But in one respect, the Republican National Convention of 2016[…]