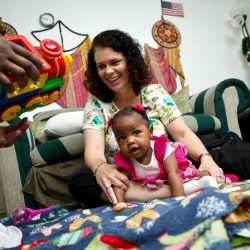 Lauretta Jackson, a physical therapist from Any Baby Can, works with Sara weekly to improve her body strength. Nonprofit therapy providers are worried budget cuts made by lawmakers will put them out of business. Callie Richmond By Elena Mejia Lutz and Edgar Walters / 11.28.2016 More than a year after lawmakers originally ordered it, Texas announced[…] 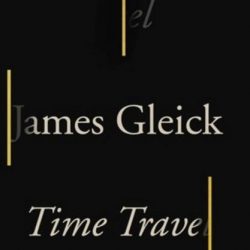 By Barry Ritholtz / 12.02.2016 5 years ago, Boing Boing described James Gleick’s The Information: A History, A Theory, A Flood as “a jaw-dropping tour de force history of information theory… The Information isn’t just a natural history of a powerful idea; it embodies and transmits that idea, it is a vector for its memes[…] 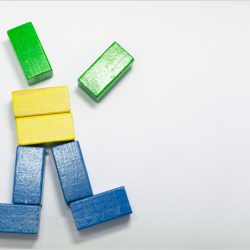 By Psychologist Jennifer Delgado Suárez / 11.2016 It is likely that more than in one occasion you proposed yourself to change. Change of ifestyle, change of those thoughts that make you feel bad, change the way you interact with the others… But it is also likely that after a short “trial” period you have surrendered[…] 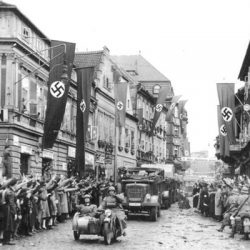 By Dr. Walter G. Moss / 12.04.2016 Professor Emeritus of History Eastern Michigan University This essay is not concerned with labeling our president-elect one way or another, but with pointing out some similarities that led a plurality of voters in Germany in 1932 to prefer Hitler’s Nazi Party over others, and U. S. citizens in[…] 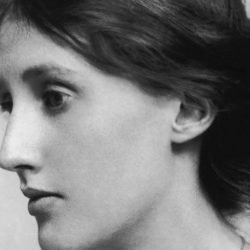 Detail from a photograph of Virginia Woolf taken in 1902 by George Charles Beresford / Wikimedia Commons Last year saw the works of Virginia Woolf enter the public domain in many countries around the world. To celebrate Emma Sutton looks at Woolf’s short story ‘A Simple Melody’ and the influence which music had upon the[…] 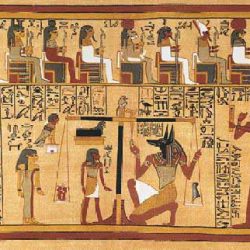 By Dr. Joshua J. Mark Professor of Philosophy Marist College The Egyptian Book of the Dead is a collection of spells which enable the soul of the deceased to navigate the afterlife. The famous title was given the work by western scholars; the actual title would translate as The Book of Coming Forth by Day[…] 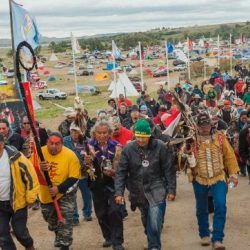 By Matthew A. McIntosh / 12.04.2016 Brewminate Editor-in-Chief The Army Corps of Engineers, on orders from President Obama, has issued directives that Dakota Access Pipeline construction be halted based on its current easement projection.  DAPL will not be allowed to run the pipeline through the Missouri River as planned. As protesters celebrate the victory, law[…] 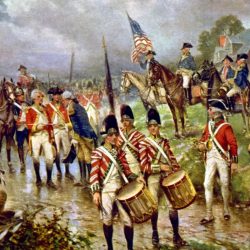 The Battle of Saratoga was the turning point of the Revolutionary War. The scope of the victory is made clear by a few key facts: On October 17, 1777, 5,895 British and Hessian troops surrendered their arms. General John Burgoyne had lost 86 percent of his expeditionary force that had triumphantly marched into New York[…] 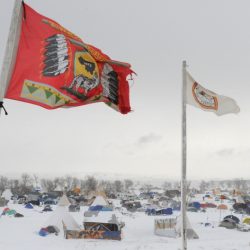 The Oceti Sakowin camp is seen in a snow storm during a protest against plans to pass the Dakota Access pipeline near the Standing Rock Indian Reservation, near Cannon Ball, North Dakota, November 29, 2016. / Credit: Stephanie Keith/Reuters By T.J. Raphael / 12.01.2016 Snowfall has made its way to North Dakota, adding an element[…]