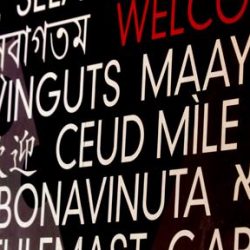 Over a third of new conservation science documents published annually are in non-English languages, despite assumption of English as scientific ‘lingua franca’. Researchers find examples of important science missed at international level, and practitioners struggling to access new knowledge, as a result of language barriers. 12.29.2016 English is now considered the common language, or ‘lingua[…] 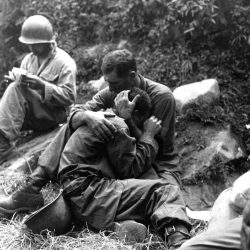 A grief stricken American infantryman whose buddy has been killed in action is comforted by another soldier. In the background a corpsman methodically fills out casualty tags, Haktong-ni area, Korea.  August 28, 1950.  Sfc. Al Chang. (Army) What if casualties don’t end on the battlefield, but extend to future generations? Our reporting this year suggests[…] 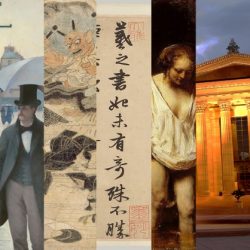 Image from Art Institute of Chicago Museum What is Art? Overview Art is a highly diverse range of human activities engaged in creating visual, auditory, or performed artifacts— artworks—that express the author’s imaginative or technical skill, and are intended to be appreciated for their beauty or emotional power. The oldest documented forms of art are visual[…] 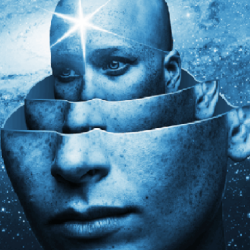 By Giovanni Dienstmann / 12.29.2016 Finding The True Path To Liberation Buddhist monks, Hindu yogis, modern spiritual teachers, and Burning Man enthusiasts all use the term “spiritual enlightenment” – but are they speaking about the same thing? In this article I will explore what spiritual enlightenment is, both the traditional definition as well as the[…] 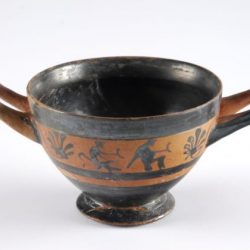 Ancient Greek pottery vase, known as a bell krater, used to mix water with wine for the table / Leeds Museums and Galleries, Creative Commons 03.29.2011 Introduction to the Ancient Greeks The Ancient Greeks lived over 2,800 years ago in mainland Greece and the Greek islands, but they also moved far further afield. Greeks could[…] 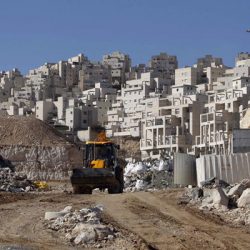 By John LeDell / 12.31.2016 Israel’s settlement policy in the West Bank has been called benign by Israelis and a tragic roadblock to a 2 state peace agreement. I will try to illustrate why settlements have been a deliberate Israeli policy to prevent a viable Palestinian state. First lets examine Jerusalem which Israel claims as[…] 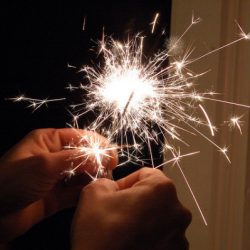 Photo: Kim Ahlström via Flickr By Dr. Zuleyka Zevallos / 01.02.2014 Sociologist In a fun rummage through vintage sociology, I found an interesting study by Isidor Thorner. Writing in 1951, he used a survey of Americans from various backgrounds to determine the relationship between New Year’s Resolutions (NYR) and Protestant values. Below I take a[…]