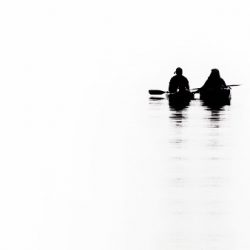 By Kira M. Newman / 02.27.2017 These days, it seems like everyone has happiness on their mind. But beyond our everyday musings on the topic, we all hold fundamental, underlying beliefs about what happiness is—answers to questions like: Can you change your happiness level? Should you strive to be happy in every situation? How much[…] 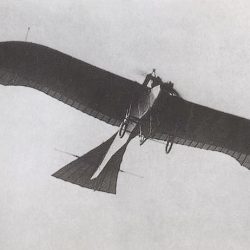 Lieutenant Giulio Gavotti on a Farman biplane, Rome 1910. / Wikimedia Commons International History Blog In April 2011, Italy had announced it would join NATO’s air attacks in Libya, then in the middle of its civil war. It would later prove a classical case of history repeating itself. A century ago, in September 1911, the[…] 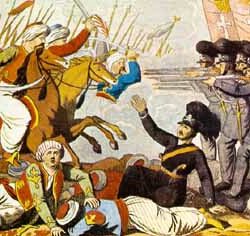 The Regiment Baleste faces off with the Ottomans in standard Western European formation / Wikimedia Commons By William St. Clair / 05.10.2013 Senior Research Fellow, Institute of English Studies University of London Indications that violence had broken out in Greece began to reach Western Europe when ships called at Marseilles, Trieste, and Ancona to buy[…] 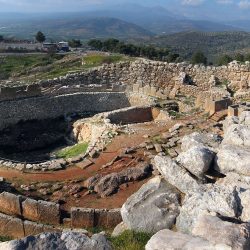 Grave Circle A (right) and the main entrance of the citadel (left). Mycenae. / Photo by Andreas Trepte, Wikimedia Commons By Dr. Jeremy B. Rutter Professor Emeritus of Classical Studies Sherman Fairchild Professor Emeritus in the Humanities Dartmouth College Introduction True shaft graves of the type found in Grave Circles A and B at Mycenae[…] 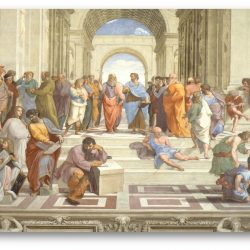 School of Athens fresco, by Raphael, c.1510 / Apostolic Palace, Vatican City Lecture by Dr. Eleanor Dickey at Barnard’s Inn Hall / 05.15.2014 Professor of Classics Reading University Agesilaus and Pharnabazus. Elementary history of Greece, made up principally of stories about persons, giving at the same time a clear idea of the most important events[…] 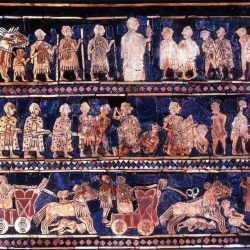 The Standard of Ur War Panel, 2600 BCE / British Museum, London Edited by Matthew A. McIntosh / 03.04.2017 Brewminate Editor-in-Chief Mesopotamia The Mesopotamian Cultures Sumer was an ancient civilization in southern Mesopotamia (modern Iraq) during the Chalcolithic and Early Bronze Ages. Although the historical records in the region do not go back much further[…]