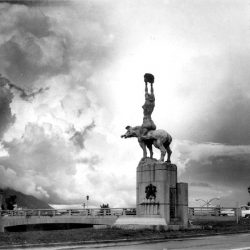 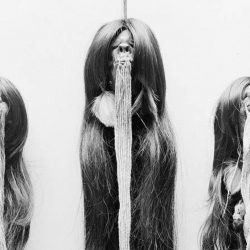 The shrinking of human heads was originally only practised by the Shuar people to trap the souls of their enemies, but tsantsas (shrunken heads) became a big trade thanks to the demand of European collectors leading to many fakes. By Charlie Morgan / 06.27.2014 Visitor Experience Assistant Wellcome Collection Introduction At some point in the[…] 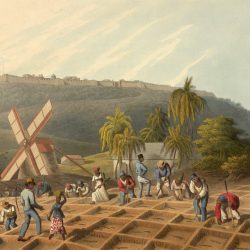 Print depicting enslaved people producing sugar in Antigua, 1823 / British Library, Public Domain After the Caribbean was first colonised by Spain in the 15th century, a system of sugar planting and enslavement evolved. David Lambert explores how this system changed the region, and how enslaved people continued to resist colonial rule. By Dr. David[…] 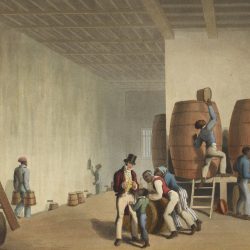 Slaves loading rum barrels from Ten Views in the Island of Antigua (1823) by William Clark. Courtesy British Library/Wikipedia With its huge sugar plantations and brutal slave regime, this was the jewel in the imperial crown. By Dr. Christer Petley / 11.02.2018 Professor, School of Humanities University of Southampton It is no surprise that the whip is synonymous[…] 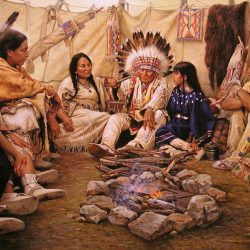 How colonists cloaked violence beneath a veneer of gentility and conquered peoples held to religion to preserve their sense of community.    Interview of Dr. Jennifer Graber by Daniel Gorman, Jr. / 09.17.2018 Graber: Associate Professor of Religious Studies, The University of Texas at Austin Gorman: PhD Candidate in History, University of Rochester The following was[…] 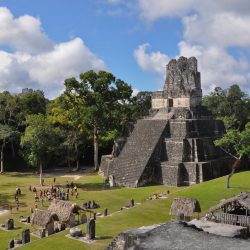 Temple II, Tikal, Guatemala. The temple was used as a tomb, probably for the queen of Maya ruler Jasaw Chan K’awiil (r. 682-734 CE), although, no remains have been discovered. The temple is 42 metres high and faces the larger temple-pyramid of Jasaw Chan K’awiil. / Photo by Mike Vondran, Wikimedia Commons Maya religious beliefs are formed on the notion that virtually[…]