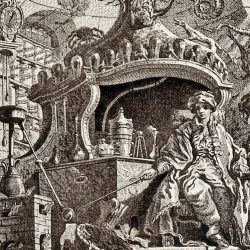 An 18th-century trade card reveals a lot more than its owner might have intended. By Julia Nurse / 10.26.2017 Collections Researcher Wellcome Library Imagine entering the shop of chymist (the word ‘chemist’ was not used until 1790) Richard Siddall as it appears on his trade card from around 1750. If the representation is at all[…] 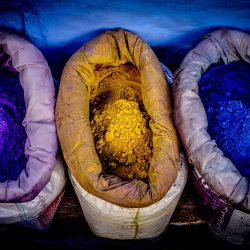 From hunting rare bugs to harvesting the world’s most expensive plant parts, conservator Cheryl Porter will try almost anything to learn more about pigments from the past. These colours weren’t only used to illuminate manuscripts and paintings – they were also important medicines, and artists would often source the raw materials for their work from[…] 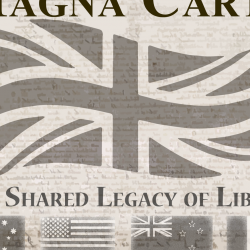 Exploring the role of Magna Carta in the politics and popular culture of modern America. From The Simpsons and Jay-Z to the American law courts and the ‘War on Terror’, discover the significance of Magna Carta in the USA today. By Dr. Matthew Shaw / 03.12.2015 Librarian Institute of Historical Research School of Advanced Study University of London[…] 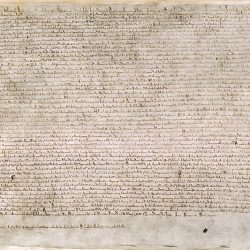 The Magna Carta (originally known as the Charter of Liberties) of 1215, written in iron gall ink on parchment in medieval Latin, using standard abbreviations of the period, authenticated with the Great Seal of King John. / British Library, Wikimedia Commons From the early colony of Pennsylvania, to the American Revolution, the Declaration of Independence and the Bill[…] 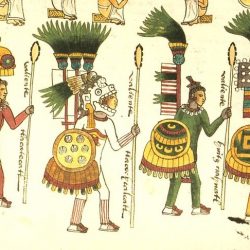 An almost life-size terracotta Aztec Eagle Warrior, one of the elite warrior groups in the Aztec military. 13-15th century CE, from Tenochtitlan. (National Museum of Anthropology, Mexico City) / Photo by Dennis Jarvis, Flickr, Creative Commons The military commander-in-chief was the king himself, the tlatoani. By Mark Cartwright / 03.18.2015 Historian Introduction The Aztecs engaged in warfare (yaoyotl) to acquire territory, resources,[…] 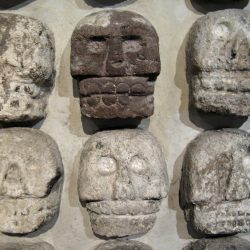 / An Aztec ceremonial knife with a cedarwood handle and flint blade. The figure of the handle is covered in turquoise and shell mosiac and represents an Aztec Eagle knight. 1400-1521 CE. (British Museum, London) / British Museum, Creative Commons This was a strictly ritualized process which gave the highest possible honor to the gods and was regarded[…]