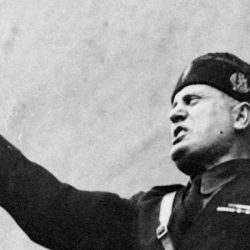 By Dr. Christopher DugganHistorian The announcement on the radio later that evening that the ‘Duce’ had fallen brought crowds pouring into the streets and piazzas. Joy was mixed with anger. Photographs of Mussolini were tossed from windows; symbols of the fascist party were hacked off buildings; and pavements everywhere were littered with party insignia torn[…] 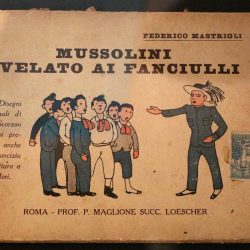 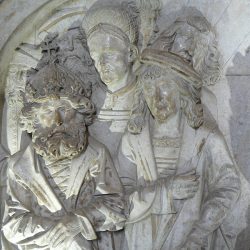 The Ottonian dynasty (German: Ottonen) was a Saxon dynasty of German monarchs (919–1024), named after three of its kings and Holy Roman Emperors named Otto, especially its first Emperor Otto I. It is also known as the Saxon dynasty after the family’s origin in the German stem duchy of Saxony. The family itself is also sometimes known as the Liudolfings (Liudolfinger), after its earliest known member Count Liudolf (d. 866)[…] 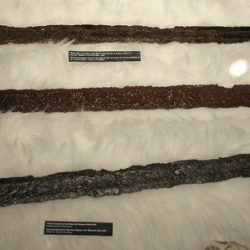 West Francia prospered under succeeding kings up through the rise of the Capetian Dynasty. Introduction The Kingdom of West Francia (843-987 CE, also known as The Kingdom of the West Franks) was the region of Central Europe that formed the western part of the Carolingian Empire of Charlemagne (Holy Roman Emperor 800-814 CE) known as Francia[…] 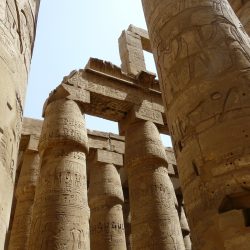 Pillars of the Great Hypostyle Hall from the Precinct of Amun-Re / Photo by Kurohito, Wikimedia Commons The New Kingdom is known as the golden age of ancient Egyptian history. Edited by Matthew A. McIntosh / 11.29.2018 Public Historian Brewminate Editor-in-Chief Architecture Overview The golden age of the New Kingdom created huge prosperity for Egypt and allowed for[…] 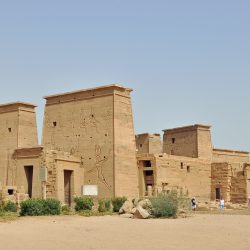 The Temple of Isis at Philae, with pylonsand an enclosed court on the left and the inner building at right / Photo by Marc Ryckaert, Wikimedia Commons The Middle Kingdom (c. 2000-1650 BCE) was marked by the reunification of Egypt following a period of weak pharaonic power and civil war called the First Intermediate. Edited by Matthew A. McIntosh /[…]