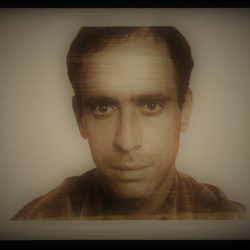 An L.A. tour to remember architect Frank Israel. By Maristella Casciato and Johnny Tran “If all roads lead to Rome, as many roads now depart from Los Angeles,” Frank Israel wrote in his 1992 essay “Cities Within.” For Israel, Los Angeles was linked with Rome, “the eternal city.” He believed that urban forms inspired creative[…] 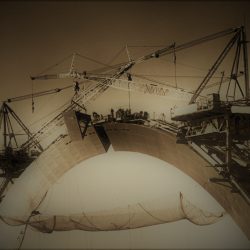 The formal beginnings of establishing the Arch, its grounds, and museum actually date to 1935. Introduction It rises gracefully toward the sky, then elegantly curves back toward Earth as the combined waters of the Mississippi and Missouri rivers swiftly flow by at its base—a symbol of the accomplishments and dreams that drive the American experience.[…] 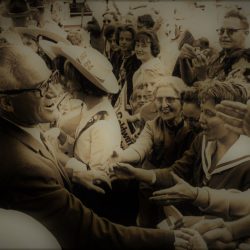 The was the election that defined the modern GOP. President Donald Trump’s brazen flirtation with white supremacy finally blew up in the January 6 siege of Capitol Hill. But as he clasped onto white nationalism –famously directing from the presidential debate stage “Proud Boys: Stand back and stand by”— few in his party voiced objections.[…] 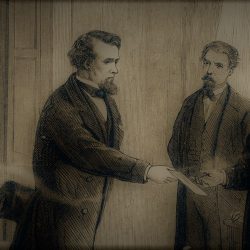 He started as a hero and ended as “the impersonation of the tyrannical slave power.” On April 15, six weeks after Andrew Johnson was sworn in as vice president of the United States, Abraham Lincoln was assassinated. Had the assassin’s plot gone as planned, Johnson, Ulysses S. Grant, and Secretary of State William Seward would[…]