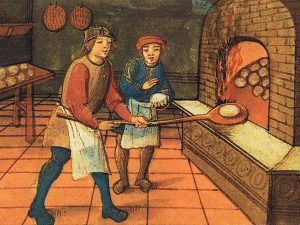 If your latest diet resolution is already under strain, take comfort from knowing that there’s a long history of people monitoring what they munch.

Sure, Doc, I’ll Give Ya Patients! 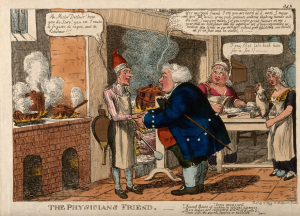 Watching what you eat, and especially the quantity of what you eat, is often associated with better health. Even in 1815 this was the case: this caricature of “the physician’s friend” shows how grateful a doctor is to a chef for making people fat and unhealthy enough to require his services. 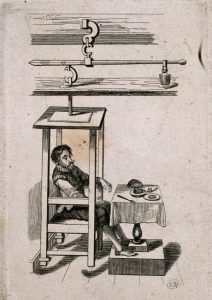 While you might be looking to eat a balanced diet, you’re probably not being as thorough as Sanctorius Sanctorius. In the 16th century, he built a contraption to measure precisely what went into and out of his body, as a result of which he’s considered one of the founders of metabolism studies. 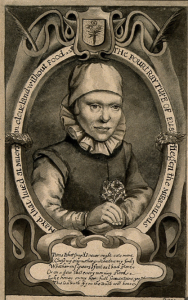 Eating slowly is often recommended as a way of helping your brain to feel satisfied faster. Eva Vliegen took taking the time to smell the roses to extremes in the 17th century though, supposedly surviving for more than a decade on nothing but the scent of flowers. 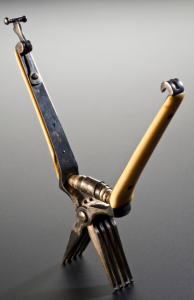 Chewing your food thoroughly could prevent illness, recent research indicates. In 19th century France, this masticator with its scissor-like movement was used to “pre-chew” food for toothless elderly patients. 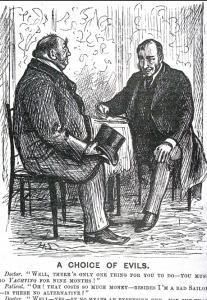 Many of us would rather do anything than change our diet. Taking up a sport to burn off some extra calories might be one option, but this wealthy patient is satirised for choosing yachting for the wrong reasons. 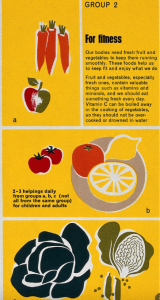 You could be eating more vegetables to improve your fitness whether you opt for a low-carb or low-fat diet. Historian Martha Kirby has pinpointed the mid-1960s as the time when fat became the “nutritional culprit of obesity” because of a Build and Blood Pressure Study that rocked the medical profession’s long-held views. Today, many people are swinging back around to the 1961 view that the “best cure for obesity [is] to eat much less carbohydrate and not worry so much about fat intake”.

Diet of the Immortals 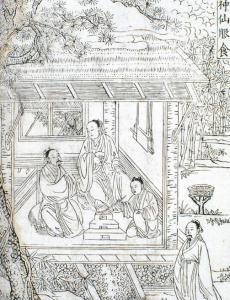 Many of us might be trying to eat better in order to live longer. During the Ming period, the Diet of the Immortals was mostly concerned with Daoist techniques for achieving longevity and immortality. As well as involving the consumption of drugs like magic mushrooms, in some verses this was literally a ‘rich’ diet of precious stones and gold.

Poison for the Soul 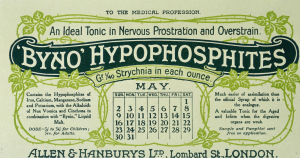 Taking supplements might be a way to boost your levels of certain vitamins and minerals. One thing you’re unlikely to want to take more of is strychnia (more commonly known as strychnine), but at the turn of the 20th century this very poisonous alkaline was a selling point of this tonic for those whose “digestive organs are weak”.

A Beer a Day Keeps the Doctor Away 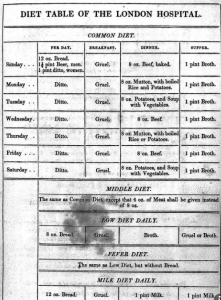 You quite possibly haven’t included a daily beer in your new diet plan, but in 1829 the London Hospital considered that patients on the Common Diet should have at least a pint. The monotony of gruel and broth as accompaniments to the beer might make this diet less appetising though.

And Then There was Benjamin Marriot 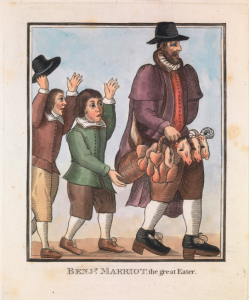 If you’re cutting down on the quantity that you eat following a period of feasting, spare a thought for lawyer Benjamin Marriot. He was rumoured to have eaten a meal made for 20 people, stolen gentlemen’s dogs to eat, and was ridiculed in a “malicious and licentious pasquinade (pamphlet)”. Like modern-day celebrities who come back from media mockery with a diet plan, Marriott later published recipes for “his pills to appease hunger”.