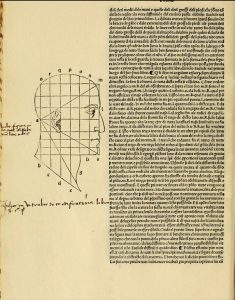 A look at the art and science of Europe’s early printed books, with examples from the Getty Research Institute’s special collections. 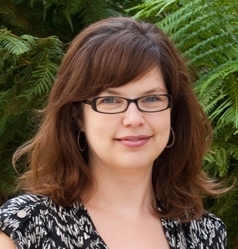 In the 15th century, a new form of mass communication dramatically and permanently changed western society: the printed book. The invention of the printing press with movable metal type enabled texts to be printed faster and more cheaply, enabling knowledge and information to be disseminated more widely than ever before.

During the European Renaissance, from the 14th through the 17th centuries, there was renewed interest in the classical world and its knowledge. Scholars turned to literature, philosophy, art, music, politics, science, religion, and other fields of intellectual inquiry. Many books were published in Latin or Greek, and many more in vernacular (spoken) languages such as Italian, French, and German, which widened the readership and the promotion of Renaissance ideas. By 1501, with 100 million people on the European continent, there were 250 printing centers that produced 27,000 known titles totaling 10 million books. 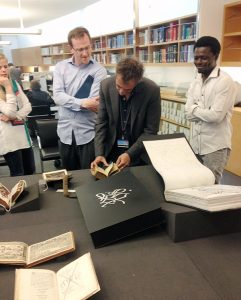 Learning about these developments and how some of them relate to our contemporary world was part of the fascinating week I spent attending “The Renaissance Book, 1400-1650” at UCLA’s California Rare Book School. The course took us from the classroom to the “field,” where we visited three Southern California libraries to view books: UCLA, The Huntington, and our library here at the Getty. Here are a few highlights of what we learned.

For centuries before the Renaissance, books were written by hand, known as manuscripts. As early as A.D. 200, woodblock printing was used in China; the earliest known moveable type printing system emerged in A.D. 1040 and used ceramic type. Both ceramic and metal type were used in Korea as early as the 1200s.

Around 1450 in the town of Mainz in Germany, Johannes Gutenberg invented the mechanical printing press with moveable metal type. A goldsmith by trade, Gutenberg was inspired by presses used for making wine and olive oil. The first book he printed was the Gutenberg bible, which at over 500 years old is still one of the most renowned and costly printed books. Only 49 copies are known to exist today, of which 21 are complete. 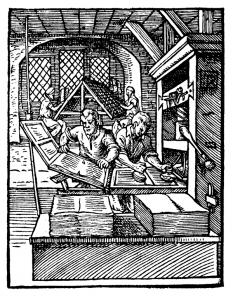 A 16th-century print shop. A “puller” removes a printed sheet from the press, while a “beater” inks type. / Wikimedia Commons

Here’s how a single page was made in Gutenberg’s press:

Here’s a short demonstration of positioning the paper and pulling the press: 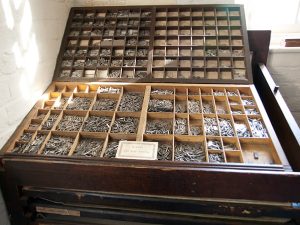 Renaissance typefaces used in printing were inspired by the scripts used in manuscripts (handwritten books). Humanist minuscule, for example, is a lowercase handwriting style developed by Italian scholar Poggio Bracciolini at the beginning of the 15th century. It was based on Carolingian minuscule that was thought at the time to be from ancient Rome, but is in fact from centuries later, about A.D. 800 to 1200.

Humanist minuscule was the basis for the “Roman” typeface. Roman fonts are still familiar to us today. Garamond, a type of roman font probably available in your computer’s word-processing software, was invented by French 16th-century type designer Claude Garamond. 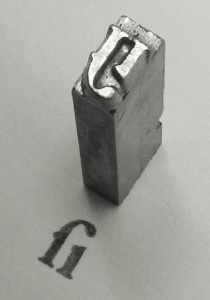 The familiar italic type that we use on a daily basis today was also invented in the Renaissance. Based on the sloping calligraphic handwriting of Florentine Niccole de Niccoli in the 15th century, the italic typeface for printing was designed by punch cutter Francesco Griffo for the prominent Venetian publisher and printer Aldus Manutius, founder of the Aldine Press. The italic font allowed for faster and cheaper printing, because it saved time and space on the page. 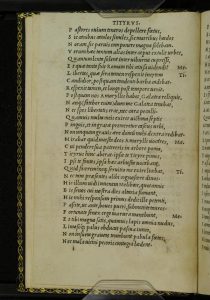 Books covered a variety of subject matter in the Renaissance—Latin and Greek classical texts, literature, religion, law, science. While some books were only text, others included illustrations, too. The text was printed first, and then illustrations were applied by hand or added through another printing.

A few examples are shown below. 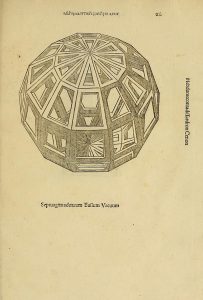 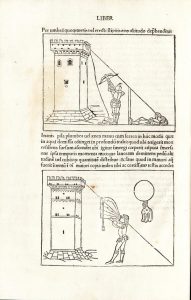 Allegorical illustration in an emblem book: 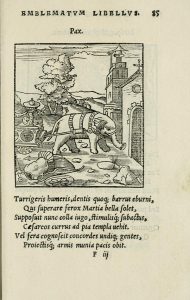 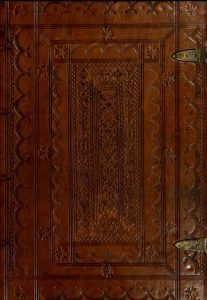 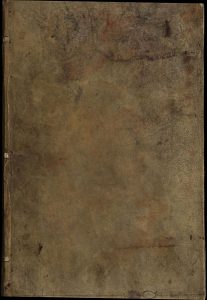 Most Renaissance books were sold as unbound sheets of paper. The purchaser would have these bound to suit their taste. Books with high-quality leather and embellishments would certainly show off a person’s wealth. A binding of simple vellum—animal skin soaked in water and calcium hydroxide and then stretched—would have been used for educational or instructional texts, such as those frequently thumbed by students and professors. 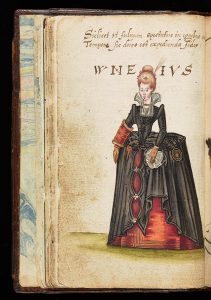 Books were also purchased entirely blank. Owners would share the book with their circle of friends, who would add drawings or handwritten notes. Such a book, called a liber amicorum (book of friends), was like a Renaissance Facebook used to advertise a person’s social network. The tradition of this type of book was revived by the Getty Research Institute in 2012 with an artist’s book project, the LA Liber Amicorum.