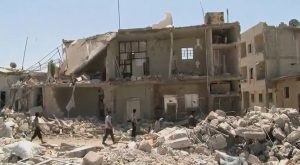 Worries in the wake of the U.S.-led bombing of Syria. 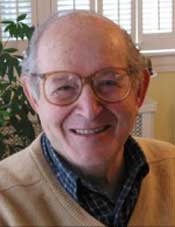 John LeCarre, my favorite spy novelist and former M15 and M16 agent was speaking last Fall to friends and readers at the Royal Festival Hall in London about Donald Trump’s America.

“Something truly, seriously bad is happening and from my point of view we have to be aware of …. I think of all things that were happening across Europe in the 1930, in Spain, in Japan, obviously in Germany. To me, these are absolutely comparable signs of the rise of fascism and it’s contagious, infectious.”

Yet as Cold War II replaces Cold War I, the behavior of powerful rivals are no different, as Elisabeth Asbrink put it in her extraordinarily illuminating 1947: Where Now  Begins:  “the  lines that divide the world are now more sharply drawn. The Cold War map is reduced to black and white. Power against power, light against darkness. Nuances of gray: nonexistent. Doubts, compromise, signs of weakness: ditto.”

A perfect recipe for a nuclear war.

Now that the missiles have fallen on Syria, presumably allowing Assad to wreck havoc on rebel Syrians so long as they don’t do it with chemicals, Trump and his fellow home front warriors such as John Bolton and Nikki Haley, et al., can ruin the anticipated talks with North Korea while hugging the Saudis, armed with U.S. weapons, as they kill and maim thousands of Yemenis. Later, they can even threaten war with China, Iran and Russia.

Paralyzed by the passivity and gullibility of the mass media (remember with virtually no exceptions they backed the invasion of Iraq) and the absence of skepticism among most of the Imperial City’s subsidized Think Tanks and Congress, Trump surely recognized he could then forge ahead with his imitation of TR’s “Splendid Little War”(as Secretary of State John Hay dubbed it), though I’m  inclined to think this one sounded more like “Wag the Dog,” given the  investigations by Robert Mueller, of the FBI’s seizure of Michael Cohen’s papers and James Comey’s appearances seemingly everywhere as he promotes his new, critical book about our leader. Too much heat?

I have no idea if LeCarre’s warning is correct. But  historian  Benjamin Carter Hett’s intriguing and gripping new book, The Death of Democracy: Hitler’s Rise to Power & the Downfall of the Weimar Republic, concludes with words of  warning aimed at  all of us  today:

“Few Germans in 1933 could imagine Treblinka or Auschwitz, the mass shootings at Babi Yar or the death marches of the last months of the Second World War.  It is hard to blame them for not foreseeing the unthinkable. Yet their innocence failed them and they were catastrophically wrong about their future. We who come later have on advantage over them: we have their example before us.”