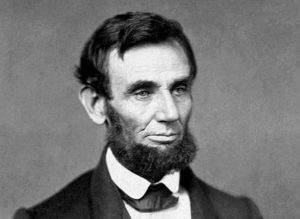 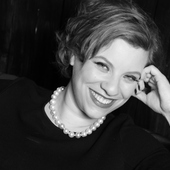 A virtual unknown on the national stage in 1860, Lincoln needed a public image in the run up to his first presidential campaign. Artists and print-makers all rushed in – but Lincoln was fascinated by the process of photography.

As the technology improved in the late 1850s, Lincoln embraced it. He was the first president to send his supporters photographs that had been made as multiple paper prints. Sold for around a dollar a dozen, Lincoln’s face appeared all over the nation.

Consumers of these card-portraits believed the images provided them with a far deeper connection to the subject than we might imagine – one that was based on an intimate personal knowledge of the subject’s character. This was an idea that had taken root as a result of two popular sciences: physiognomy and phrenology.

Subscribers to these sciences believed that a person’s face and head could be read as a map of character. The size, shape and proportions of each feature could be assessed and interpreted to reveal the true inner nature of the subject under scrutiny. A high forehead signalled a great intellect; a full lower lip marked you out as a patriot. Every feature communicated something different about your true disposition.

A photograph, then, allowed you to know a person who was in every other way a stranger to you: if you could read a face, you could judge a character. As Harvard professor Oliver Wendell Holmes Sr put it in 1863: “The picture tells no lie.”

The popularity of this “science” had direct political implications. As the 1864 election approached, one author who styled himself a “practical phrenologist” offered himself up as a guide to an electorate who (as he put it) “had neither time nor opportunity to gain reliable knowledge of the candidate.” Through his own skills, he promised to “reveal unto you the character of Abraham Lincoln”.

This was not just idle curiosity. It was, the author wrote, “the duty of every citizen to wield his power and influence in the right channel” so that people could choose the right leader for the nation. Luckily for Lincoln, this particular author had only complimentary things to say.

Getting to Know You 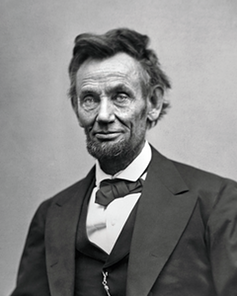 Lincoln could not have not anticipated how his response would transform American politics. Photography, all of a sudden, offered the public a chance to know the intimate character of a politician – and with that ability came expectations. People began to assume that they had a right to probe the inner world of politicians. The new techniques of seeing people transformed the personal into the public, providing a quick way to judge a candidate’s character.

That trend has continued, and to this day, we judge our public figures on the level of intimacy that we can achieve with them. Formality and reserve is suspicious; only unguarded revelation provides reassurance of honesty. When it comes to political discussions, we value sentiment over reason.

For better or for worse, we should recognise the way in which new technologies are driving this shift. Political commentators have focused rightly on how ideology divides US politics, but the story of Lincoln’s face reminds us of technology’s unique capacity to change what we expect from our leaders.