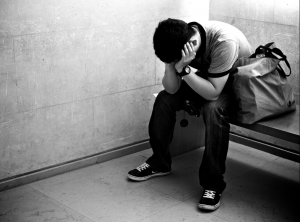 The Dallas Morning News recently published an investigative piece, “Danger in the Psych Ward”, about abuse in psychiatric treatment facilities.  It focused on a company called Universal Health Services, Inc, (UHS) based in King of Prussia, Pennsylvania.   UHS owns over 225 hospitals across the continental US, Alaska, Puerto Rico, and the US Virgin Islands.  The majority of these hospitals are behavioral health facilities; with a handful of acute care centers and ambulatory surgery centers.

Between 2005 and mid-2015, patient complaints resulted in 44 different hospitals across 23 states being cited by the government for “dangerously poor care” or “unsafe conditions”.  Among hospitals that had Medicaid contracts in 2014 nationwide, the percentage of government-investigated patient complaints was three percent.  Among UHS’ hospitals, the rate was nearly triple the national rate at 8.4%.

The problem arises when you consider the population that UHS is primarily serving —  individuals struggling with behavioral health issues.  This can range from depression to crippling anxiety, psychotic breaks, suicidal ideation, post-traumatic stress disorder, bipolar disorder, etc.  These individuals and their families do not take the decision to be hospitalized lightly.  Psychiatric hospitalizations can affect both present and future employment options, personal relationships, as well as higher insurance premiums and difficulty getting approved for life insurance.  These individuals are in crisis and actually reaching out for help.

In 2016, it is still legal to discriminate against individuals with mental illness.   It is legal to ask if an individual has ever been in a psychiatric hospital on a job application.1  It is legal to fire an individual who has accessed help and lied on an application or in a job interview.  In 2016, there is still a significant stigma against mental illness.  This causes individuals to avoid getting professional help and instead turning to “self-medication” such as alcohol, marijuana, and illegal drugs.  The risk of substance abuse and addiction runs higher, which leads to additional mental health problems.  In the 2016 US presidential primaries, heroin and prescription medication abuse have been frequently discussed.  Substance abuse is considered a psychiatric issue and is a diagnosis in the Diagnostic and Statistical Manual of Mental Disorders, 5th Edition2 – the “bible” for psychiatrists, psychologists, and other professionals in the behavioral health field.

In addition, individuals that often wind up in psychiatric hospitals are often individuals who are dually diagnosed with both behavioral health and an intellectual or developmental disability.  This includes individuals with IQs that are significantly lower than the general population (under 70), or individuals with an Autism Spectrum Disorder, Down Syndrome, etc.  These individuals are especially vulnerable on their own, but when a psychiatric diagnosis is added, they can be exponentially more vulnerable.

Once you understand the reality of the patients that are found in psychiatric hospitals, you understand the significance of the threat of abuse, neglect, and exploitation of these individuals.  Often, they are unable to describe their abuse or may not even be believed by friends, family, or even professionals.  Psychiatric issues can make it difficult to distinguish between reality and fantasy.  Or, in the case of individuals with an intellectual or developmental disorder, they may be completely non-verbal or simply lack the language to explain what has occurred to them.  Many of them utilize some sign language or communication devices for assistance.  However, others may not have an understanding of sign language or may utilize their own signs that may be different from American Sign Language.  Communication devices for these individuals are known to break, may not have the capacity to describe abuse, or may simply “disappear.”  These devices are rather expensive and can be very difficult to replace, leaving that person with extremely limited communication ability.

Someone who has been abused in a psychiatric hospital is less likely to pursue similar assistance in the future.  Some of the abuse described in “Danger in the Pysch Ward” may potentially lead to new trauma.  For a person already experiencing trauma, they can wind up in worse shape than when they were admitted.  One example includes a 15-year-old female who was the victim of sexual assault by a relative.  While struggling to medicate her, a male nurse grabbed her hospital gown and ripped it off.  She was then left in isolation for 23 minutes while completely naked.  Just imagine how much additional psychological harm was done to this girl who was already suffering psychological trauma following a violent assault.  This happened at Austin Oaks Hospital in Austin, Texas.3

In all of the cases investigated by the government, the hospitals guilty of the violations faced termination of their contract with Medicare and Medicaid programs.  More than a third of the payments received by UHS for treatment in psychiatric hospitals came from these programs.  While most of the hospitals were able to create acceptable plans of correction to avoid losing their ability to bill these programs, some hospitals were completely booted, included Timberlawn Mental Health System (TMHS) in Dallas.  While they were in the process of reapplying, the state of Texas had begun efforts to completely shut TMHS down and fined it $1 million dollars.4  The hospital is in the process of appeal.

While it seems completely appropriate for Medicare, Medicaid and the State of Texas to completely shut such programs down, it is also important to consider that Medicare and Medicaid are programs that cover people who are poor, disabled, and elderly.  Often these people are considered disabled, are receiving Supplemental Security Insurance (SSI) which comes with Medicaid, or Social Security Disability Insurance (SSDI) which comes with Medicare coverage.  Some of them receive coverage through both programs or have Medicaid coverage to assist with Medicare premiums.

Most concerning, however, is the report from “Danger in the Psych Ward” that people are able to attempt to commit suicide, and some have even been successful, while admitted due to suicidal ideation.  Others have had suicidal attempts after being discharged while actively suicidal or less than 48 hours after expressing suicidal ideation.  Professionals in the mental health, social services, education (et al) fields are trained to always take suicidal ideation seriously.  We are trained to screen for whether or not an individual has a plan, has access to the means in their plan, and we are trained to develop a plan or a contract.  For example, if someone expresses that they want to cause self-harm and has an active plan to do so, but do not have access to the means – this person is less likely to carry out their threats due to lack of access.  However, if they have plans on how they will get the means, or start working out a plan to obtain such means or working on a new suicide plan with materials they actually have access to, their risk becomes much higher.  It is terribly frightening to consider that a psychiatric hospital, which manages many people being admitted with suicidal ideation, do not have the staff coverage or proper training to deal with an actively suicidal individual.

Not only is this a civil and human rights issue, it is an economic issue.  Medicaid and Medicare are publicly funded programs Universal Health Services is accessing.  They are a profitable company, with reported earnings of $680 million in revenues of about $9 billion last year.  UHS reports that their behavioral health hospitals have an operating margin of 27%,5 which is significantly higher than other types of hospitals.  With these margins, there is no reason that there should be complaints of lack of staffing or staff to monitor suicidal patients.

The United States is often described as the greatest country in the world.  But society is only as strong as its weakest links.  What does it say about our country that such egregious abuse is occurring to such a vulnerable population?  How can we even begin to solve this?