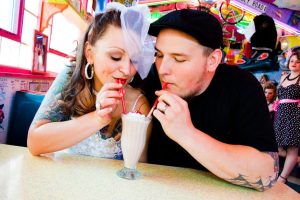 Shedding light on how have traits that were rare in African ancestors became common in Europe. 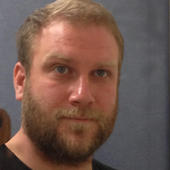 Food intolerance is often dismissed as a modern invention and a “first-world problem”. However, a study analysing the genomes of 101 Bronze-Age Eurasians reveals that around 90% were lactose intolerant.

The research also sheds light on how modern Europeans came to look the way they do – and that these various traits may originate in different ancient populations. Blue eyes, it suggests, could come from hunter gatherers in Mesolithic Europe (10,000 to 5,000 BC), while other characteristics arrived later with newcomers from the East.

About 40,000 years ago, after modern humans spread from Africa, one group moved north and came to populate Europe as well as north, west and central Asia. Today their descendants are still there and are recognisable by some very distinctive characteristics. They have light skin, a range of eye and hair colours and nearly all can happily drink milk.

However, exactly when and where these characteristics came together has been anyone’s guess. Until now.

Throughout history, there has been a pattern of cultures rising, evolving and being superseded. Greek, Roman and Byzantine cultures each famously had their 15 minutes as top dog. And archaeologists have defined a succession of less familiar cultures that rose and fell before that, during the Bronze Age. So far it has been difficult to work out which of these cultures gave rise to which – and eventually to today’s populations.

The Bronze Age (around 3,000–1,000 BC) was a time of major advances, and whenever one culture developed a particularly advantageous set of technologies, they become able to support a larger population and to dominate their neighbours. The study found that the geographical distributions of genetic variations at the beginning of the Bronze Age looked very different to today’s, but by the end it looked pretty similar, suggesting a level of migration and replacement of peoples not seen in western Eurasia since.

One people that was particularly important in the spread of both early Bronze-Age technologies and genetics were the Yamnaya. With a package of technologies including the horse and the wheel, they exploded out of the Russian and Ukrainian Steppe into Europe, where they met the local Neolithic farmers. 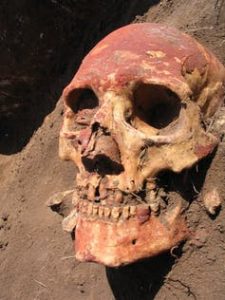 By comparing DNA from various Bronze-Age European cultures to that of both Yamnaya and the Neolithic farmers, researchers found that most had a mixture of the two backgrounds. However the proportions varied, with the Corded Ware people of northern Europe having the highest proportion of Yamnaya ancestry.

And it appears that the Yamnaya also moved east. The Afanasievo culture of the Altai-Sayan region in central Asia seemed to be genetically indistinguishable from the Yamnaya, suggesting a colonisation with little or no interbreeding with pre-existing populations.

So how have traits that were rare or non-existent in our African ancestors come to be so common in western Eurasia?

The DNA of several hunter gatherers living in Europe long before the Bronze Age was also tested. It showed that they probably had a combination of features quite striking to the modern eye: dark skin with blue eyes.

The blue eyes of these people – and of the many modern Europeans who have them – are thanks to a specific mutation near a gene called OCA2. As none of the Yamnaya samples have this mutation, it seems likely that modern Europeans owe this trait to their ancestry from these European hunter gatherers of the Mesolithic (10,000-5,000 BC). 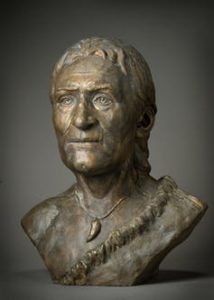 Reconstruction of a Yamnaya person from the Caspian steppe in Russia about 5,000-4,800 BC. Alexey Nechvaloda

Two mutations responsible for light skin, however, tell quite a different story. Both seem to have been rare in the Mesolithic, but present in a large majority by the Bronze Age (3,000 years later), both in Europe and the steppe. As both areas received a significant influx of Middle Eastern farmers during this time, one might speculate that the mutations arose in the Middle East. They were probably then driven to high levels by natural selection, as they allowed the production of sufficient vitamin D further north despite relatively little sunlight, and/or better suited people to the new diet associated with farming.

Another trait that is nearly universal in modern Europeans (but not around the world) is the ability to digest the lactose in milk into adulthood. As cattle and other livestock have been farmed in western Eurasia since long before, one might expect such a mutation to already be widespread by the Bronze Age. However the study revealed that the mutation was found in around 10% of their Bronze Age samples.

Interestingly, the cultures with the most individuals with this mutation were the Yamnaya and their descendents. These results suggest that the mutation may have originated on the steppe and entered Europe with the Yamnaya. A combination of natural selection working on this advantageous trait and the advantageous Yamnaya culture passed down alongside it could then have helped it spread, although this process still had far to go during the bronze age.

This significant study has left us with a much more detailed picture of Bronze Age Europeans: they had the light skin and range of eye colours we know today. And although most would have got terrible belly ache from drinking milk, the seeds for future lactose tolerance were sown and growing.