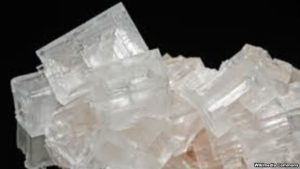 Researchers say the Earth had much more oxygen than thought nearly a billion years ago, a finding that could recast theories about how life on Earth evolved.

The conclusion was reached by researchers from Brock University in Canada who developed a method to analyze the atmosphere of ancient Earth by analyzing tiny air bubbles trapped in salt crystals.

Specifically the team from Brock University wanted to measure the levels of oxygen in the Earth’s atmosphere nearly a billion years ago.

“There was a lot of debate as to what the oxygen content was 800 million or more years ago,” said Professor of Earth Sciences Nigel Blamey. “We’ve come up with a direct method of analyzing the content of those trapped fossil gasses in the atmosphere and found that the oxygen level was approximately half of what it is today.”

In fact, it was widely believed that oxygen was only about 2 percent of the atmosphere so long ago, but the researchers found that it was in fact 10.9 percent, about half of today’s level.

Before the Brock study, the air bubbles trapped in halite, the natural form of table sale, were too small to analyze.

Researchers say their findings have “huge implications” for theories about how and when life developed.

“Deciphering the oxygenation history of the atmosphere and oceans is critical to understanding weathering processes, sedimentary environments, climate change, mass extinctions, tectonic events, and the evolution of Earth’s biota,” says the team’s study.

He told the Canadian Broadcasting Corporation that higher oxygen levels in the past may turn back the clock on when complex life arose.

“Now paleobiologists will have reason to go looking for rocks with original traces of these first evolutionary steps,” Brand told the CBC.