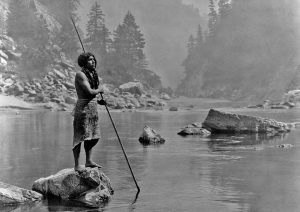 The historical emergence and use of money is an important question.

The historical emergence and use of money is an important question. It is important in its own right as academic history and because it highlights the economic problems all societies need to overcome. In other words, the history of money matters for understanding how basic economic principles apply to the growth and development of exchange.

Money is the common denominator of markets.  The use of money prices in accounting enables profit and loss calculations, which helps producers better tune their production processes to satisfy the demands of consumers.  Importantly, money is necessary for a developing intertemporal structure of production, because it helps coordinate exchanges that employ capital goods in processes that are temporally-distant from final consumer goods.  All of this is well-known.  The important point, however, is that money itself relies on sufficiently developed trade relationships and a division of labor extensive enough to facilitate indirect exchange.

The following is an extremely condensed summary of a great deal of anthropological and historical research.  Inevitably there will be exceptions. But the story I want to tell fundamentally holds up for the purposes of understanding the historical relationship of money and exchange.  Think of it as an ideal-typical account of primitive economic activity, similar to Menger’s thought experiment with money.

Humans are social animals.  We have always lived in groups.  As such, ancient economic activity took place in tightly knit groups based on kinship.  Specialization was highly limited. Exchange, as described in Econ 101 textbooks, was almost nonexistent.  The harsh conditions of subsistence-level hunting and gathering put strong pressures on human groups to overcome collective action problems in environments requiring coordinated team production.

Consider a small band of roving human hunters trying to make a kill.  Hunting requires several people performing different tasks simultaneously: some directly attack the animal, some make feints as a diversion, and some wait to cut off its escape routes.  Making the kill requires that everyone does their job. If anyone fails, the hunt will not succeed.  It is a classic example of team production. It is difficult to ascertain what each individual member of the team contributes to a collective goal but requires all members contribute sufficient effort to meet the goal.  In this environment, it is difficult to reward individual team members based on the value they add to the production process.  Primitive hunters overcome this problem by deferring to a leader (or leaders) who monitor participants, punish those believed to be shirking, and dividing production among team members.

What does all of this have to do with money?  The theory of hierarchically managed team production explains the relatively egalitarian reward schemes the historical and anthropological evidence suggests prevailed among several hunter-gatherer societies. It also explains the lack of deeper specialization and exchange.  The entire kin group had to be run like a firm.  Almost all economic activity within the kin group was managed in this way. It is not that the “chief” had dictatorial authority over all economic decisions, but that some combination of individual command and informal institutions performed the work to coordinate virtually all production and consumption within the group.  To the extent there was exchange within the group, it largely occurred through what appeared outwardly as gift-giving. In fact, it was part of an elaborate system of debt and credit among group members.  (The chartalists are thus correct in their historical claim that debt proceeded money.  But that claim doesn’t do the work they think it does in supporting the state theory of money.)  Note that there is no useful role for money in this environment. The economic strategies employed by the team are such that it is too costly for any group member to specialize to a degree sufficient to yield the quantities and varieties of goods within the community necessary for market exchange.

Money did not emerge to facilitate trade within the tribe.  However, tribes did not exist in isolation.  We need to consider not only what happens economically within the tribe, but also what happens when the tribe meets and interacts with other tribes.  Kin connections between tribes are significantly less tight than within a tribe.  Personal knowledge of members of the other tribe is low and costly to acquire.  To the extent that economically beneficial interaction takes place between tribes—and warfare was, unfortunately, a highly likely alternative—it could not take place on the basis of the informal credit-debit system that occurred within a tribe.  The necessary conditions (small group size, trust between members, etc.) did not exist.  But tribes did trade with each other: they were more likely to engage in the familiar spot transactions that are a staple of our Econ 101 textbooks, albeit via barter.  When tribes meet, potential trading partners increase. The extent of the market increases.  Specialization becomes feasible.  And, when you have increased specialization, the background conditions necessary for the emergence of money are more likely to arise.  Before you can have money you need barter. Before you have barter you need a larger potential market than the small kin groups that preceded permanent agricultural settlements.

The roots of money lie not in within-group exchange, but between-groups exchange.  As such, it took a very long time for the Mengerian money-convergence process to work.  Agricultural settlements arose around 8000 B.C. Coinage of precious metals for use as money did not arise until some time between the 7th and 5th centuries B.C.  As money became common, it enabled even more specialization exchange and, hence, an even bigger role for money. But it was a long time coming.

Originally published by the American Institute for Economic Research under the terms of a Creative Commons Attribution 4.0 International license.