As early as two-thousand years ago, Vietnam was a matriarchal society. 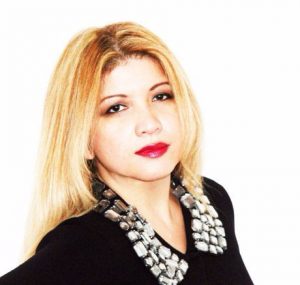 OK, so maybe not at this time, but in the past we did…kinda, sorta, in a way.  Even as early as two-thousand years ago, we were a Matriarchal society.  In a previous post on the Trưng sisters, I noted that not only were they twin queens of a huge geographic area, their generals were also women of great note.  But they were hardly the first—nor were they the last—great Việt female queens.  Their mother, who ruled over Mê Linh (present-day Hunan) was the famed Man Thiện, aka Trần Thị Đoan, who was also the maternal grand-daughter of one of the Hùng Vương Kings.  I will tell her story in a future posting, but again this was not an anomaly, merely the way that a matriarchal society worked.

In a matriarchal society, the most powerful ruling entity was always the mother of the king.  The mother was the head of household.  She was the teacher, the wise woman; she guided the family and the state.  She appointed the king and if needed, she impeached the king.  Sometimes, the king was a man, but quite often, it was a woman.  This mostly had to do with talent and abilities and not the sex of the child.  It was truly an egalitarian mindset.  The most capable child of her brood was the de-facto king who ruled the region under the Matriarchal Mother who was there to be the counselor, or ‘wise woman’.

This was how all the regions of Âu Việt back in those days were ruled.  If there were any border disputes between the various kingdoms, the kings dealt with the small stuff.  If things got out of hand, which was often the case, the problem was escalated to the Matriarchal Mothers who got together, drank some tea, talked about the old days when they played together as sisters/cousins/in-laws/ and then gave a joint decree to solve the various issues.

Sometimes, it was to arrange the marriage of two offspring who seemed to fit each other well in temperament and intellect (as Trưng Trắc’s marriage to Thi had been arranged).  Sometimes, it was to join forces for huge construction projects such as dams, bridges, and common thoroughfare.

This was how Matriarchal society usually worked.  There was no single Emperor to head the various Việt clans.  Indeed, the understanding of the day was that several heads were always better than one.  All the old ladies just got together and gabbed.  They gabbed and drank hot tea and traded gossip, much like what women do today.  In the process of gabbing, they smoothed over potential tensions, gave counsel to the kings and the generals, and basically had a nice afternoon visit with each other and then went home.

This vestige of matriarchy still shows up today, in modern Việt Nam, through all sorts of ways.

The main component of anything in my language is always denoted with the word cái, which actually means female, like đường cái (main road),  or con cái (children).  Cái is also used as the word (the) for ordinary everyday objects, as in cái tô (the bowl), or cái hộp (the box).  It can also be used for the word (a), such as cái cách (a method) or cái điều (an idea).

Matriarchal societies may sound unfair to the males in the family, but appearances are deceiving.  Being female only gave one advantage in a matriarchal society.  Land rights.

Family land was split between the girls within the family because it was recognized that future progeny came from the wombs of the girls, hence the word đất mẹ (motherland) or quê mẹ (homeland).  Boys were married off to families with the land and wealth suitable to support a male and his subsequent children.  This is why the girl’s family pays for all wedding costs.  They were not losing a daughter, they were gaining a son.  Children of the resulting marriage took on the mother’s family name, which was also the name of the land where they came from.

The period of female ruling lasted at least twelve-thousand years.  Sadly, when Confucius came around, he spear-headed the patriarchal movement, couched into a philosophy and a religion, which took the ancient Taoist idea of a balanced yin/yang relationship and changed it completely into one where yin was no longer the balancing force of yang.  In the physical sciences, the negative and the positive poles must be balanced to remain stable.  Instability occurs when one pole is stronger than the other.  Likewise, under the patriarchal way of life, the very structure of the Việt communities began to become unbalanced.

The matriarchal society finally succumbed to the Confucianistic way of thinking and women lost the throne to the patriarchs of the world.  Once that happened, women became objects to be owned.  They were deemed less important than the children they bore.  The yin began to be subjugated.  Girls began to be undervalued.  Boys were given preferential treatment.  We lost all our wise women.  We lost the gabby old women who ruled as a clan.  More importantly, we lost an egalitarian society.

Originally published by Thoughts of a Taoist Babe under the terms of a Creative Commons Attribution 3.0 license.