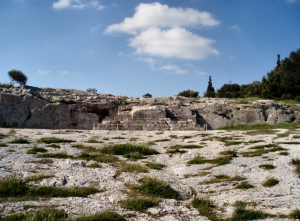 In the matter of the dēmokratia (‘People-Power’) that the Greeks invented (the word as well as the thing) ancient Greece was a desperately foreign country – they did democracy very differently. 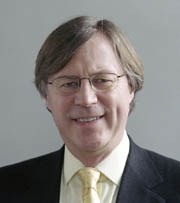 Some four decades ago the late Sir Moses Finley, then Professor of Ancient History at Cambridge University, published a powerful series of lectures entitled Democracy Ancient and Modern (1973, republished in an augmented second edition, 1985). He himself had personally suffered the atrocious deficit of democracy that afflicted his native United States in the 1950s, forcing him into permanent exile, but my chief reason for citing his book here, apart from out of continuing intellectual respect, is that its title could equally well have been ‘Democracy Ancient’ Versus ‘Modern.’ For in the matter of the dēmokratia (‘People-Power’) that the Greeks invented (the word as well as the thing) ancient Greece was a desperately foreign country – they did democracy very differently.

It is quite easy to compile a checklist, perhaps even a decalogue, of differences between their democracy (or rather democracies, as there was no one identikit ancient model) and ours (ditto). And in no respect did they and we differ more than on the issue of sortition, that is, the application of the lottery to the conduct of politics (another Greek invention, both the word and the thing, with – again – the accent to be placed on difference as well as similarity between theirs and ours). We today take the exercise of voting in either general or local elections to be the very quintessence of what it is to do ‘democracy.’ The ancient Greeks took the exact opposite view: elections were elitist and for the nobs, appropriate more for oligarchy (the rule of the few rich) than for democracy (the rule of the masses, most of whom were poor), whereas sortition, the lot, was the peculiarly democratic way of selecting most office-holders and all juror-judges to serve in the People’s jury-courts.

The very first extant example of developed Western political theory is to be found in Herodotus’ pioneering fifth-century BCE History of the Graeco-Persian Wars (Book 3, chapters 80-82). It’s a three-way debate staged between advocates of respectively Rule by All, Rule by Some, and Rule by One. The pro-democracy/Rule by All speaker negatively rubbishes the cases that he anticipates will be made by his rivals. Positively, he claims that the system of rule he is advocating has three features that together both distinguish it uniquely from its rivals and demonstrate its pre-eminent choice-worthiness: 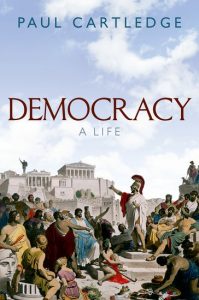 So what did sortition have in its favour, according to ancient democratic ideologues, that elections did not? It’s an irony (another good Greek word) of our surviving evidence that we don’t have an awful lot of explicit ancient Greek democratic theory to go on, but here the work of modern political theorists and indeed advocates of applying sortition to enhance our contemporary democratic processes can help us out, for instance Peter Stone’s The Luck of the Draw: The Role of Lotteries in Decision Making (2011). The following eight features have attracted most attention and comment, not all of it positive of course.

Those eight qualities add up to a powerful contemporary case that I for one find highly persuasive. Were an ancient Greek democrat to be reading through them, however, he (males only need apply in antiquity – legitimate adult citizen males) would surely have found the last four, numbers 5-8, the most relevant by far. The watchwords of ancient Greek democracy were freedom and equality. The use of sortition provided the greatest freedom of action to encourage all qualified citizens to volunteer for important public political positions knowing that the process of selection was random, that it presupposed equality of both opportunity and outcome, that it fostered participation and, perhaps above all, that it recognized and engendered in all citizens in principle a sense of their equal worth, what the Greeks called timē or ‘honour’.

However, as Moses Finley would have been the first to add, there were exceptions; there are always exceptions. The original ancient Greek dēmokratia was Athens, which also developed the most all-embracing forms of that regime. But even the Athenians did not apply sortition to cover absolutely all kinds and conditions of office-holding. For severely pragmatic reasons, the top military and financial offices were allowed to remain elective and not become sortitive; commanding armies and navies or administering public finance were considered far too important public political functions to be left to the random chance of selecting potentially incompetent or corruptible amateurs.

So, how did radical democratic Athenian ideologues reconcile that hard pragmatic fact with their ideology? By invoking and applying rigorously the second distinctive quality promoted by Herodotus’ pro-democracy speaker: that is to say, elected office-holders were subject(ed), regularly and vigorously, to public scrutiny and audit; and should an official’s conduct land him in court, the judgment of his peers would be applied by large numbers of juror-judges serving in the People’s jury-courts – to which they had been allocated by lot. Even the great Pericles felt the hot judgmental breath of democratic Athenian equalitarianism. I can think of quite a few of our (elected) democratic leaders today to whom that breath might likewise be salutarily applied today.