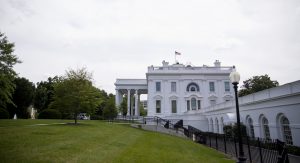 My career as an activist since the 1960s has focused on a critique of my own government’s activities, since we live in a democracy and our government’s actions are done in our names. Well, I said when I felt it appropriate, not in mine. No threats to annihilate cities anywhere in my name. No invasion of Iraq in my name. Been arrested, cuffed and stuffed, sent to prison for some fairly robust nonviolence.

When I read testimony, tweets, or published emails, for instance, of Peter Strzok, the fired FBI counterespionage agent, it is clear that he is disgusted with Putin’s Russia: “F*cking conniving cheating savages. At statecraft, athletics, you name it,” and goes on to tell his co-worker that he is so glad to be on “Team America.” (I admit, I am nonplussed by the amateurish use of electronic communication by “professionals” to express fireable statements. Haven’t all activists known since the 1990s that, in the words of one movement lawyer, “never write anything in an email that you don’t intend for the FBI”?)

Strzok was one of the lead agents in 2016 investigating both Hillary Clinton’s improper use of email (sending official emails from a private account) and the Russian espionage on behalf of Donald Trump to get him elected. His conclusion was that Clinton’s email kerfuffle was a nothingburger and the Trump/Putin collusion/conspiracy was a foreign government’s attack on US democracy. A successful attack. So, of course, Trump had to fire him.

I am sickened by Putin and his murderous ways—killing journalists, arresting gays, defending chemical weapons-user Bashir al-Assad, etc.—but Trump loves a strongman. He seems to be mentored by Putin, he cozies up to other brutal leaders like mass murderer Rodrigo Duterte (who is currently buying submarines from Putin), and yet Trump’s base sticks with him, apparently more filled with hatred for peace and justice than care about democracy. The irony is inescapable. Trump evaded military service in Vietnam like most rich boys—his excuse was “bone spurs” in a fake news excuse from 50 years ago. Now he praises “his” military but mostly sends off a budget that covers obscene war profits for weapons manufacturers.

The people of Russia are my friends; their leader is not their friend nor mine. The people of America are not properly served or represented by Trump, a treasonous greedhead and wannabe dictator. He’s firing his detractors as fast as possible, fearful of an actual justice system that is coming close to charging him with impeachable offenses such as his demonstrable Obstruction of Justice, and he’s even defending Alex Jones, the way-way cray-cray who calls Democrats aliens, not human, who advocates killing Hillary Clinton and others. Trump has complimented Jones, appeared on his show, and stripped John Brennan and others of their security clearance and is firing his way toward a Department of Justice that is a Deep State for Trump.

Of course Trump’s many lawyers are spreading fake news as fast as possible. But their lead, Rudolph Giuliani, tops them all when he says Trump won’t submit to an interview by Robert Mueller, the Special Counsel investigating the Russian role in getting Trump elected. Rudy actually said the proposed interview would be nothing more than an attempt to get Trump to commit perjury, something for which we all know Bill Clinton was impeached. But there is one way to absolutely beat any chance of perjury, the method that Rudy and Donald never mastered and never will: Just Tell the Truth.