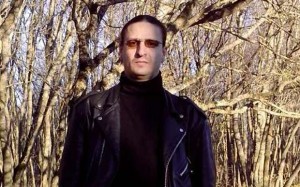 From Roy Speckhardt (American Humanist Association) at The Huffington Post / 03.08.2016:

Anti-atheist terrorism is gaining momentum around the world. While major events like the attack on the Charlie Hebdo offices in Paris and the murders of rationalist bloggers in Bangladesh brought attention to this unfortunate problem, it’s far from isolated to those individual incidents. In the last few weeks, several instances of anti-atheist terrorism suggest that these events aren’t just the actions of hateful individuals, but are the result of governmental policies which malign and discriminate against atheists.

Russia is a country which not long ago was considered at least a safe haven for atheists, but in the past two decades, it turned toward traditional religion with surprising speed. Now, a Russian citizen, Victor Krasnov, is being prosecuted for what he said about religion on social media. His atheism and his conviction that traditional religions are fairy tales have not just resulted in legal charges, but ironically in psychiatric care: he was placed under evaluation for a month—as if accepting reality is sign that one has had a break from reality.