Centre for the Study for Christianity and Culture, University of York., Author provided

New archaeological research on Glastonbury Abbey pushes back the date for the earliest settlement of the site by 200 years – and reopens debate on Glastonbury’s origin myths. 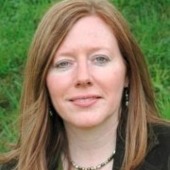 By Dr. Roberta Gilchrist / 03.23.2018
Professor of Archaeology
University of Reading

New archaeological research on Glastonbury Abbey pushes back the date for the earliest settlement of the site by 200 years – and reopens debate on Glastonbury’s origin myths.

Many Christians believe that Glastonbury is the site of the earliest church in Britain, allegedly founded in the first or second century by Joseph of Arimathea. According to the Gospels, Joseph was the man who donated his own tomb for the body of Christ following the crucifixion.

By the 14th century, it was popularly believed that Glastonbury Abbey had been founded by the biblical figure of Joseph. The legend emerged that Joseph had travelled to Britain with the Grail, the vessel used to collect Christ’s blood. For 800 years, Glastonbury has been associated with the romance of King Arthur, the Holy Grail and Joseph of Arimathea. Later stories connected Glastonbury directly to the life of Christ. 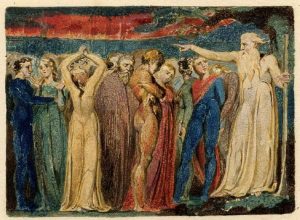 Joseph of Arimathea Preaching to the Inhabitants of Britain. William Blake (via British Museum)

In the 19th century, a popular West Country folk tale claimed that Christ had visited Britain with his great uncle, Joseph of Arimathea, in pursuit of the tin trade. The myth that Jesus visited Glastonbury remains significant for many English Christians today and is immortalised in the country’s unofficial anthem, Sir Hubert Parry’s hymn, Jerusalem, based on William Blake’s 1804 poem.

And did those feet in ancient time
Walk upon England’s mountains green:
And was the holy Lamb of God,
On England’s pleasant pastures seen!

Historical accounts describe an “ancient” church on the site in the tenth century. It was still standing in the 12th century, described by the historian William of Malmesbury as “the oldest of all those that I know of in England”. But this revered and ancient church was destroyed by a devastating fire in 1184, along with much of Glastonbury Abbey. 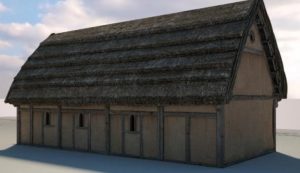 Reconstruction of the old church. Centre for the Study of Christianity, Culture University of York, Author provided

So how can archaeology shed light on the question of Glastonbury’s origins? Research led by the University of Reading has reassessed the full archive of excavations that took place at Glastonbury Abbey throughout the 20th century.

The excavation records confirm that the site of Glastonbury Abbey was occupied before the foundation of the Anglo-Saxon monastery around AD 700. Near the site of the medieval Lady Chapel, there were traces of a timber hall within the bounds of the early monastic cemetery. A roughly trodden floor contained fragments of late Roman amphorae imported from the eastern Mediterranean, dating back to about 450–550AD. 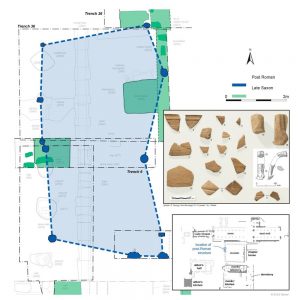 A radiocarbon date pinpoints the demolition of the timber building to the eighth or ninth century. This suggests that the building was in use for a long period – extending from the pre-Saxon phase of the site at around 500AD and into the period of the Saxon monastery – potentially up to 300 years.

This new archaeological evidence does not prove the presence of an early church – or support a connection with Joseph of Arimathea. But it does confirm that the Anglo-Saxon monastery was preceded by a high status settlement dating back to the fifth or sixth century – one with elite trading connections to the eastern Mediterranean. It may also suggest that the Saxon monastery carefully “curated” the timber building – in other words, preserved it for future generations, perhaps because it held special religious or ancestral significance for the monks.

Today, Glastonbury appeals to a wide range of spiritual seekers, many of whom are drawn by the abbey’s associations with Celtic Christianity. Joseph of Arimathea is important in making the connection to Glastonbury’s Celtic origins – the belief that Joseph founded a church of British Christianity that predated the Roman mission to England (from 597AD).

These archaeological findings are relevant to Glastonbury’s spiritual seekers because they push the origins of the site back to a period before the Anglo-Saxon abbey – into the time of the legendary King Arthur. In a personal letter to the director of Glastonbury Abbey, Geoffrey Ashe – the Arthurian expert and doyen of Glastonbury’s alternative community – commented on the significance of these archaeological findings.

To me, the most gratifying thing is the proof – at last – that the original community was British and existed before the Saxons’ arrival, as I always maintained. The foundation has now been moved back 200 years to the period where it belongs. Brilliant!

The archaeological research provides extensive new insight into Glastonbury Abbey in Anglo-Saxon and medieval times – including digital reconstructions of the Anglo-Saxon churches and the interior of the medieval Lady Chapel. For the first time, Glastonbury’s legendary traditions can be assessed alongside its archaeological evidence. 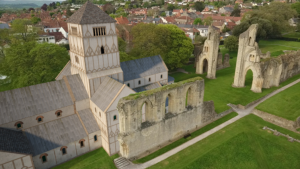 The Anglo Saxon Church in its modern setting 1100AD. The Centre for the Study of Christianity & Culture, University of York, Author provided

Archaeology will not prove or disprove Glastonbury’s legendary associations with King Arthur or Joseph of Arimathea. But archaeology helps to explain what these myths meant to medieval people, how the story of Glastonbury has changed over time, and why it remains important to spiritual beliefs today.