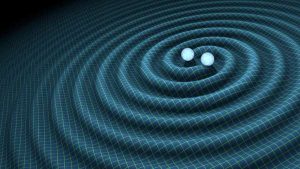 Can a scientist ever be a great artist? Surely one must answer ‘yes’. It comes down to the adjectiving of the word ‘great’, and ones understanding of ‘scientist’ and ‘artist’.

After entering University later than most at the age of 31, I recall being struck by the number of (middle class) people who could play a musical instrument. However, having an artistic hobby or leaning, does not qualify one as an artist. Similarly, acquiring a science degree does not automatically convey the right to pronounce oneself a scientist, does it? So, can the postdoc banging out PCRs and gels all day, before going home to relax by strumming a few chords on the guitar legitimately be referred to as either? Although there is a recognised link between mathematical and musical ability, isn’t something more required? Like imagination.

Einstein said, “Imagination is more important than knowledge.” When he published his ground-breaking papers in 1905, whilst working as a patent technical examiner third-class, it could be argued he wasn’t a scientist, being as he had no university or laboratory affiliation. However, his insights were the stuff of great science and unequivocally demonstrated the essentiality of imagination. Does this, however, count as ‘creativity’, a label more readily applied to great artists – and does it apply even then?

Creation can be interpreted as something from nothing (the Biblical version), or an original product of human invention or imagination. The key word here is invention. And we invent from what we already know. Consequently, most apparently original work – scientific, artistic or otherwise – is arguably better regarded as invention, rather than creativity. We assume, when we view a recognised great piece of art, that it was a work of originality. Not necessarily so. And great scientific discoveries and ideas don’t always get attributed to the first to happen upon them. Every artist has their influences. Similarly, science builds upon prior concepts and theories (as long as the evidence continues to fit). Imaginative feats such as Einstein’s general relativity are rare, resulting in a completely new idea/work, which, moreover, remains too conceptual and abstruse for most of us to grasp. This is great science and great art.

A moody disposition is not just a trait of great artists: Newton was notoriously difficult; but if he hadn’t been, he wouldn’t have been Newton. Delineating art and science as individual subjectivism vs. collective objectivism overlooks the fact that both are human activities, and it is fallacy to assume there is no overlap. Art combines detail and vagueness, but vagueness is essential to science also. Nobody knows what an atom looks like; in fact assuming it can ‘look’ like anything is probably ridiculous. The classic pictorial representations of the atom are merely representative and explanatory models based on available data, but artistic imagination was necessary in the visual construction of the image. And the notion of scientific reality was rendered truly wobbly with the advent of quantum theory. Richard Feynman said, “If you think you understand quantum theory, you don’t understand quantum theory.” However, it is (so I’ve read) the most successful scientific theory ever.