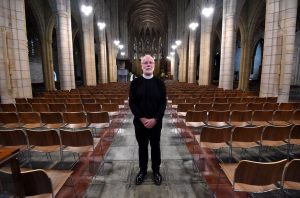 Examining ancient notions of how we should treat people in need of protection.

In response to the High Court decision on Wednesday to affirm the legality of offshore detention for those seeking asylum, Church leaders this week offered to open church buildings across Australia to be places of sanctuary for 267 asylum seekers, including 37 babies.

In doing so, they are appealing to a notion that was enshrined in English law perhaps from as early as the 7th century through to the 17th. But it’s an idea that has an even older pedigree.

In several texts of the Hebrew Bible provision is made for those seeking asylum. There are two different traditions. In the book of Exodus, Moses gives the people “judgements” relating to asylum, in which those who flee to the “altar” are given some form of protection. 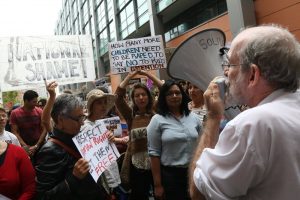 People attend a protest in support of refugees outside the Department of Immigration and Citizenship on Lee Street, Sydney, on February 3. AAP Image/NEWZULU/Richard Milnes

The historical book now referred to as 1 Kings in the Christian Bible opens with two examples of individuals seeking asylum at the altar. When David’s son, Adonijah, hears that Solomon has been crowned king, he fears for his life and “[lays] hold of the horns of the altar”, until Solomon provides some partial guarantee of his safety.

That promise lasts less than a chapter. Solomon proceeds to have Adonijah executed, along with Joab who also seeks refuge at the altar, only to be hacked down inside the sanctuary in direct contravention of the Mosaic command.

In the book of Joshua we find an alternative tradition. Here God instructs Moses’ deputy to set apart six “cities of refuge”, strategically located so that none was more than a day’s journey from any other part of the country.

One of those cities (Golan) was located right on the present day Israel-Syria border while another (Ramoth-Gilead) was probably located in Jordan as we now know it. The cities were designed to mitigate the law of retribution or blood vengeance. Someone who had committed manslaughter could flee to one of the cities and wait until a trial had taken place. 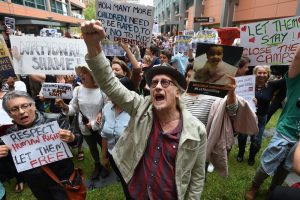 So in actual fact the ancient traditions of the Hebrew Bible are rather ambiguous. The cities of refuge and the original “law of asylum” are not intended for those who are straightforwardly victims of another’s violence, but who have committed acts of violence themselves.

The “altar” becomes the location for sorting out issues of guilt and innocence in relation to homicide. The same laws provide explicit warrant for the execution of those who are found guilty of murder. Moreover, anyone seeking sanctuary in a city of refuge must stay there “until the death of the high priest”, a possibly extended period of enforced exile.

The Deuteronomistic history, of which 1 Kings is a part, seems to tacitly approve of the elimination of Adonijah and Joab, both of whom pose a threat to the Solomonic dynasty.

To what extent then, can the recent statement of church leaders be regarded as the recovery of the ancient biblical tradition of sanctuary?

Well, in so far as asylum seekers are defined under the United Nations Refugee Convention as those who are fleeing persecution and fear for their safety, they clearly inhabit some, but not all, of the same conceptual identity as an innocent Israelite who needs protection from unjust forms of blood vengeance. 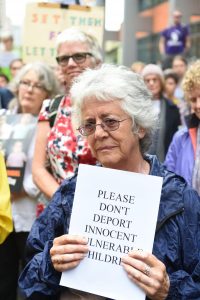 But there are perhaps more suggestive connections between world of the Ancient Near East and our own; connections that point less to the need for churches to open their doors, and more directly to the need for the state to make significant adjustments to the way in which it handles such cases.

First, the “cities of refuge” tradition in the Hebrew Bible disconnects the quest for protection and safety from the idea of a “holy” or “sacred” space. These cities were chosen not because they possessed “altars” to hang on to, but because protection of the innocent was to be offered within the civic space not in isolation from it.

Secondly, the cities were deliberately located within the boundaries of Israel. Legal consideration of the refugee’s case would take place while they lived within the community.

In one of the cities of refuge texts, reference is made to the fact that the cities within Israel are intended to be places of safety not only for citizen Israelites, but also for the ger toshav, a phrase that means something like “the landless person who dwells (in your land)”.

The reference is perhaps to landless Israelites, although many continue to allow for the possibility that it also refers to non-Israelites who are to be treated equally before the law. On either reading, the text refers to people who have no legal status within the society that they now inhabit.

Far from expelling the “resident alien”, the sanctuary tradition envisions a society in which they will find protection from the threat of harm.

There is no simple route from the world of the Bible to our own. But if the moral demands enshrined in the Hebrew Bible have anything to say today, they relate not just to what churches do with their buildings, but also to the wider question of how a society chooses to treat those who are in the greatest need of its protection.