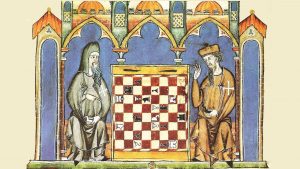 Technology has come a long way since the first gamers invented dice thousands of years ago. But for some, the convenience of cellphone apps and the immersive thrill of VR are still no substitute for a sociable competition around the table.

The enduring charm of tabletop games can be explored in a historical collection stored in a closet at Houghton Library. Most offer a window into cultural themes and attitudes peculiar to their era, but a few of the games are surprisingly timeless in tone and design. Take the sardonic humor of an 1863 role-playing card game called The Draft Enforced that parodies drill sergeants, or the minimalist design of a 19th-century paper chessboard sized for travel.

Librarian James Capobianco recently displayed highlights of the collection for the Gazette, and we’ve included call numbers for those who’d like to see the games for themselves. Houghton has even scanned a few of the boards so they can be used. Game night, anyone? 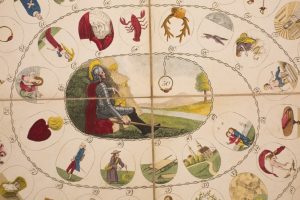 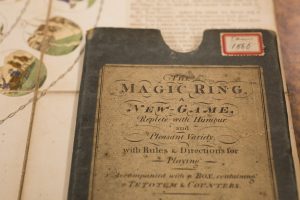 The players — “up to 18, or more” — spin a tetotum and move around the board of symbolic figures with the goal of being the first to reach No. 50, the magic ring. Players ante up 12 counters, and each figure bears a reward or penalty, sweetening the pot in the race to the ring. 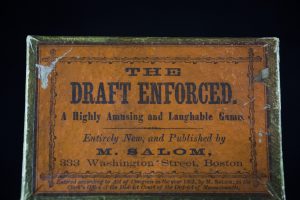 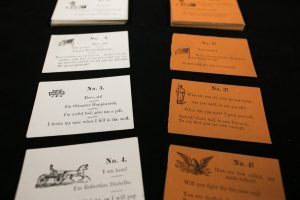 This Civil War-era card game, published in Boston, has a player assume the role of a drill sergeant barking orders at recruits. 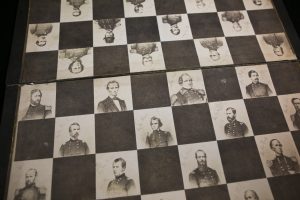 Lithographs of Abraham Lincoln and Union generals replace the white squares on this chessboard. 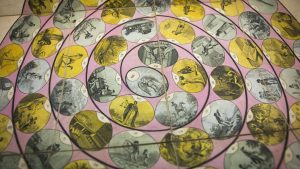 Virtue is its own reward for the winner of this morality game designed to instill in children qualities such as obedience, honesty, and humility, and discourage vices like obstinacy, falsehood, and pride. 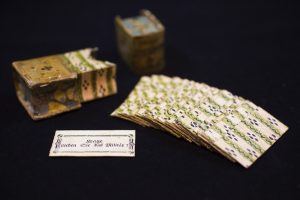 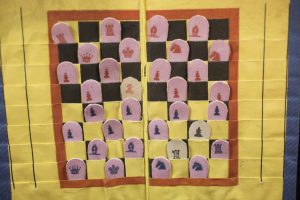 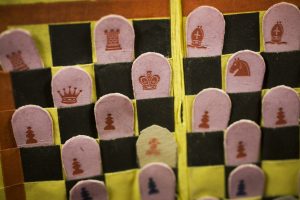 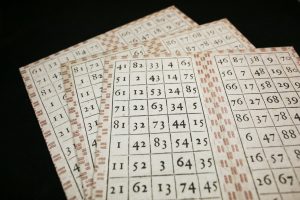 A German card game appears to operate like Apples to Apples with two sets of cards labeled “Frage” (Question) and “Antwort” (Answer) that players mix and match to profound or silly effect. The upturned card asks, “Lieben Sie das Militär?” — Do you love the military? Also part of the paper game collection is a complete miniature chess board and a boxed set of paste paper bingo cards.

Wallis’s Elegant and Instructive Game Exhibiting the Wonders of Nature, in Each Quarter of the World (1818) 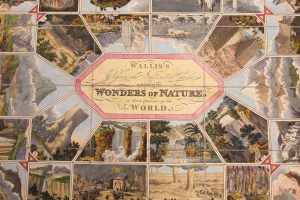 The 26 hand-colored panels portray natural wonders such as icebergs, stalagmites, waterfalls, and the 1755 earthquake in Lisbon. 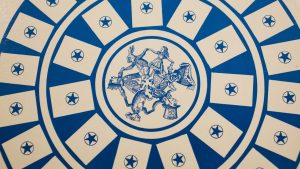 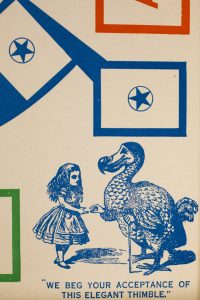 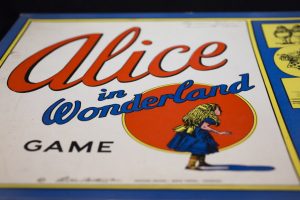 While most of the older pieces in the collection comprise paper mats stored in slipcases, this game published in Salem nearly 80 years ago is a board packed in a box of the sort we’re familiar with today. 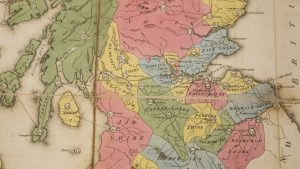 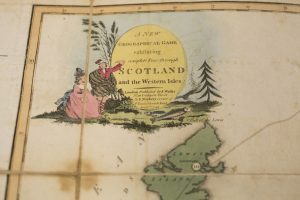 Players spin a tetotum and navigate a numbered map with the goal of reaching Edinburgh. A legend contains facts about each location. Landing on unlucky spots, including a few in Ireland, draws fines and setbacks.

The Royal and Entertaining Game of Goose (1794) 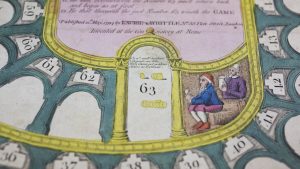 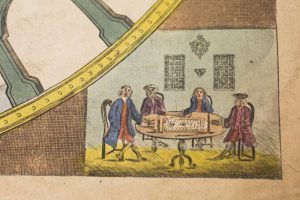 In what’s considered the mother of “chase” games, players race to space No. 63 on a hand-colored mat. It’s also a drinking game of sorts: Players who roll the alehouse are ordered to imbibe until their next turn. In his 1770 poem “The Deserted Village,” Irish writer Oliver Goldsmith name-dropped the game, which originated in Italy in the 16th century and spawned many imitators (see above). 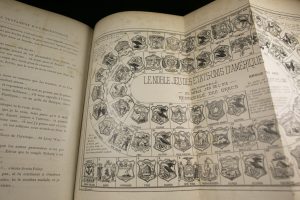 Players chase an eccentric millionaire’s inheritance on a board that folds out of an adventure novel by Jules Verne. “The Will of an Eccentric” takes the form of the Game of the Goose but players navigate a board representing the U.S., illustrated with state seals. Verne reportedly tapped a newly published U.S. travel guide for his descriptions of each state. 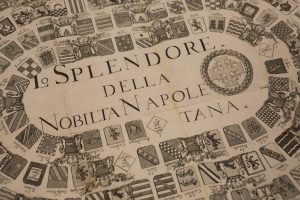 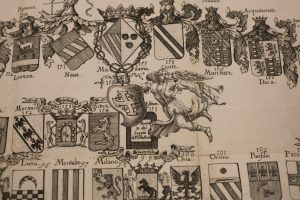 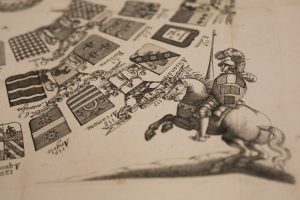 In a heraldic version of the Game of the Goose, players describe the coats of arms they roll. An accompanying text provides genealogical information, such as colors and meanings of emblems.