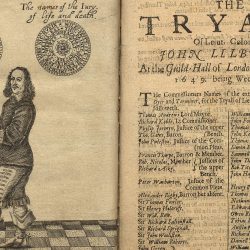 John Lilburne, reading from Coke’s Institutes of the Lawes of England (1628-44) at his trial for high treason in 1649. Photo courtesy The British Library/Public Domain He was a 17th-century champion of legal rights that are important to us all. By Dr. Michael Braddick / 11.26.2018 Professor of History (Early Modern England) University of Sheffield The English[…] 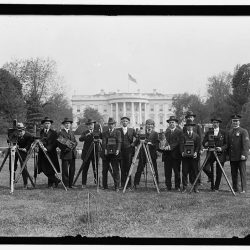 White House Press Corps, 1918 In light of the relationship between the press and the president, the James S. Brady Press Briefing Room holds both symbolic and functional significance. By James A. Jacobs Professor Emeritus of Journalism and English Diablo Valley College Introduction Reporters use telephones located in the White House Press Room to call the[…] 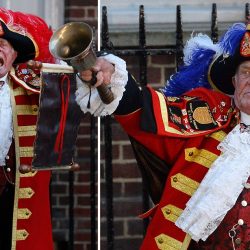 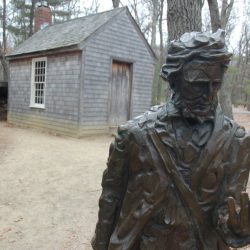 A statue of Henry David Thoreau in front of a replica of his cabin in Concord, Massachusetts. Chris Devers Thoreau spent his life pursuing the ‘hard bottom’ of truth. But he confronted a sensationalist newspaper industry. By Dr. Mark Canada / 08.01.2017 Executive Vice Chancellor for Academic Affairs Indiana University Kokomo The world knows Henry David Thoreau as[…] 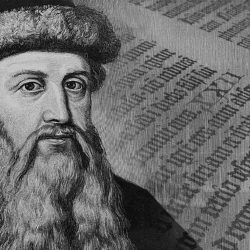 Let us remember we are not only participating in history, but also potentially creating it. By Dale Schlundt / 09.23.2018 Professor of History Palo Alto College When the subject of history arises in a conversation, rarely does one think of the present. Rather, what may come to mind is a boring textbook or some funny[…] 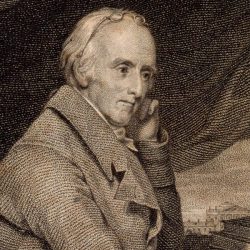 Dr. Benjamin Rush The first attacks on Rush followed the outbreak of a devastating yellow fever epidemic in 1793 that claimed 5,000 lives By Harlow Giles Unger / 09.15.2018 Author and Historian “A horse leach, a ferret, a pole-cat, a weasel.” This was how editor William Cobbett painted American humanitarian Dr. Benjamin Rush in a[…] 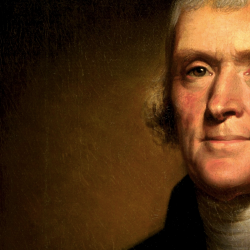 Jefferson’s faith in free presses was ultimately faith in the people with a moral sensibility sufficient to be a check on abusive government. By Dr. Mark Andrew Holowchak / 09.15.2018 Professor of Philosophy University of Colorado at Colorado Springs Perhaps not unlike other prominent politicians of his time, Thomas Jefferson had an ambivalent relationship with[…] 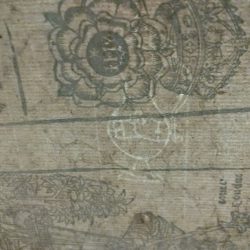 It can be hard to fathom the society-altering impact the new printed image had when it first appeared in Europe around 1400. By Dr. Alison Stewart Hixson-Lied Professor of Art History University of Nebraska-Lincoln It is hardly too much to say that since the invention of writing there has been no more important invention than[…] 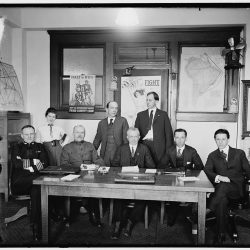 The censorship board. George Creel is seated at far right. Harris & Ewing/Library of Congress An executive order signed in 1917 created what’s been called ‘the nation’s first ministry of information.’ The media are still feeling its impact. By Dr. Christopher B. Daly / 04.27.2017 Professor of Journalism Boston University When the United States declared[…] 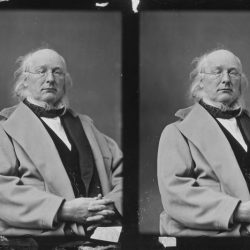 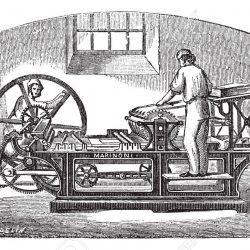 Illustration showing a printing press designed in 1850 by Hippolyte Marinoni and called L’Universelle (the Universal) / Public Domain By Dr. Jürgen Wilke / 05.08.2013 Professor of Journalism and Communications Johannes Gutenberg University Introduction Censorship as a means of controlling communication has existed since classical antiquity. However, it became significantly more important in the early modern period[…] 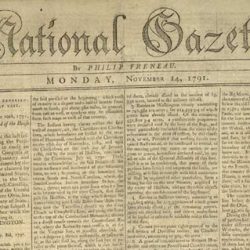 At the time of his inauguration, George Washington was described in almost universally glorified terms by the national presses. However, by the end of the President’s first term, hostile newspaper writers were attacking the administration’s domestic and foreign policy. These attacks escalated in Washington’s second term into personal attacks questioning his integrity, republican principles, and even military[…]