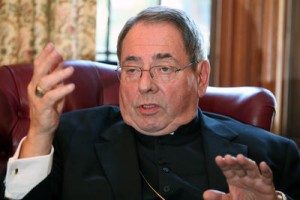 More and more states are pushing for a law that to do away with statutes of limitations on prosecuting childhood sexual abuse.  Who could oppose this, right?

The Catholic Church, that’s who.  They do, after all, have quite a lot to lose.

They have given several reasons for opposing what is surely a hands-down “everyone supports this law”, not the least of which is that many alleged incidents happened too long ago.

Trevor Noah, on The Daily Show, recently addressed this very thing – and the best part of his spiel – “The Catholic Church thinks we shouldn’t punish people for crimes that happened a long time ago.  And yet, one woman ate an apple 6,000 years ago and we’re still paying for it.”: