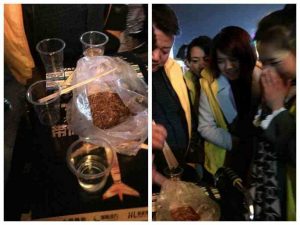 Chinese companies have been known to subject their employees to some of the most unusual and degrading punishments imaginable, but this latest one takes the cake. According to recent new reports, a company Hanzhong, Shaanxi province, decided to punish who failed to meet their sales targets by feeding them a disgusting cocktail of baijou liquor and live mealworms.

The degrading punishment was reportedly carried out in in a plaza in downtown Hanzhong, where 60 company employees were summoned for an outdoor meeting. Witnesses took to the internet to report that the group of young workers was approached by a a man carrying bags of live mealworms, who proceeded to pick various numbers of them with chopsticks and drop them in plastic cups full of baijou. Employees who had failed to reach their sales quota were asked to step forward and drink the gag-inducing cocktail.

Five or six poor-performing employees were reportedly asked to drink the worm-infested baijou in front of their colleagues. One of the employees, who chose to remain anonymous, later told the Huashang Daily newspaper that each of the “offending” workers had to swallow four worms for every client they lost.

One of the recipients of the brutal punishment was a pregnant woman, who refused to drink the cocktail for fear of losing the pregnancy. “I can’t eat worms now, I can’t drink either, unless I don’t want my baby,” she reportedly told the sales manager. Eventually, a male colleague received the cruel punishment on her behalf. 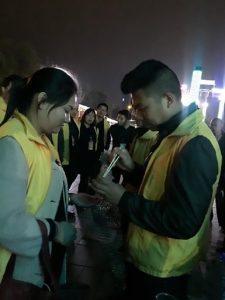 Photos of the bizarre event taken by passers-by quickly went viral on the Chinese social media, and sparked the anger of millions of users. The company that staged the punishment was soon identified as Ai Jia, a sales group formed by 10 construction companies. A man surnamed Cao, the owner of a bathroom equipment company part of Ai Jia group acknowledged the punishment, but added that the employees were ‘willing to receive it’.

Emboldened by the media coverage and the outrage of the general public, another employee of Ai Jia came forward and reported that Every morning, employees of the group set a business target for the day, and if they fail to hit it, they receive various punishments the following day. “Other than worms, we have also eaten live squid and ants before,” he said. 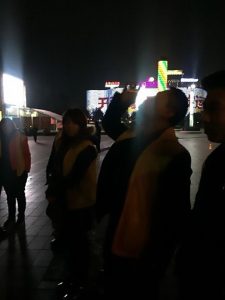 Despite the huge backlash, another Ai Jia company owner maintained that the punishment was actually just “a special form of encouragement”.

According to the article 88 of China’s employment contract law, employers are not allowed to humiliate or physically harm their workers, and the labor inspection bureau of Hanzhong city told the Huashang Daily that forcing people to eat live worms definitely counts as a violation of the law. They also urged employees subjected to the cruel punishment to report the incident to the local labor department. 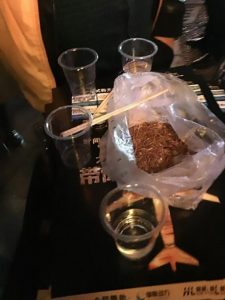 I’m thinking that the offending company doesn’t risk more than a small fin, if that, because this is the latest in a long series of disturbing Chinese employee punishments by their employers, and things don’t appear to be changing for the better.