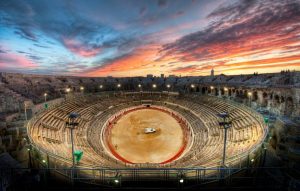 History offers countless examples of social change that is now consolidated and popularly supported, but which was only achieved through protests that were judged at the time to be extreme. 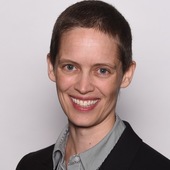 Political protesters often don’t play by the rules. Think of the Occupy Movement, which brought lower Manhattan to a standstill in 2011 under the slogan, “We are the 99%”. Closer to home, think of the refugee activists who assisted a breakout from South Australia’s Woomera detention centre in 2002. Both are examples of contentious politics, or forms of political engagement outside the institutional channels of political decision-making.

The democratic credentials of contentious politics are highly ambivalent. On the one hand, contentious politics appears to have insufficient respect for democratic decision. Protesters are often forceful, uncivil and rowdy, aiming to disproportionately influence policy. But shouldn’t proposals be put forward with civility through the proper channels? And shouldn’t their proponents accept with good grace if they are democratically rebuffed?

In my current home, Singapore, contention is viewed as dangerous, at any moment threatening to destabilise the hard-won authority of the government. Consequently it is not tolerated. 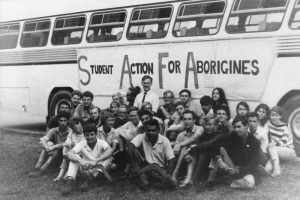 At the same time, history offers countless examples of social change that is now consolidated and popularly supported, but which was only achieved through protests that were judged at the time to be extreme and immoderate. Notably, the Australian Freedom Ride of 1965, which challenged the subordinate status of Indigenous Australians, was highly controversial. Today its 50th anniversary is celebrated and recognised in the mainstream media and the halls of power.

A closer look at the history of political thought can provide us with the framework to assess the case for and against the democratic reasonableness of contentious politics.

Best known for his claim that the natural human condition is one of war and all against all, 17th-century English political philosopher Thomas Hobbes is often misrepresented as the ultimate theorist of contentious politics. He actually views conflict as antithetical to good democratic politics (or indeed to any politics at all). 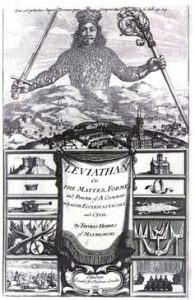 For Hobbes, the purpose of politics is to escape war. As such, he insists that in order to establish a democratic political order, all individuals need to hand over their will to a single point of ultimate authority – in this case, the democratic assembly. Hobbes thought that citizens should accept the determination of the democratic assembly, even when it ruled against their own preferred outcomes.

In Hobbes’ ideal democracy, democratic citizens do have some recourse when they disagree with the assembly. He distinguishes between counsel and exhortation. He sees it as permissible to offer counsel to the ruling assembly. But it is unacceptable for the citizen to become vehement or to let their own interests drive their demand, as this amounts to exhortation.

If citizens were free to protest and seek to overturn the democratic decision whenever they chose, the system would not be one of pure rule by the people, but rather a rule by the people distorted to appease the protesters.

The Hobbesian view, while influential, is not the only way to think about political contestation and democratic rule. Written more than a century before Hobbes’s Leviathan, the ideas expressed in Niccolò Machiavelli’s The Prince are still very popular, making him the archetypal cynical and ruthless adviser to rulers who want nothing more than to hold firmly onto power.

However, Machiavelli’s other major work, The Discourses on Livy, has some important lessons for the future of democracy. By looking at the recent histories of Florence and Venice, along with the ancient history of Rome, he makes clear that while some conflicts of authority are destructive, others are constructive.

Although not concerned about democracy in the modern sense, Machiavelli firmly defends the political power and worth of the common people. He argues that some constructive conflict is necessary for them to enjoy status and liberty in the political order.

Renaissance Florence had been racked by conflict. Different sects hated each other, and the polity was tossed violently from one ruling power to another. Weakened by the transitions, it was easy prey for external domination. Through this conflict, the lot of the Florentine people was very wretched.

Ancient Rome was also marked by conflict. The plebs (the common people) periodically disrupted ordinary politics. They closed their shops, refused military service, ran noisily down the streets or even left the city en masse when they desired something. Unsurprisingly, the Romans were not afraid to bring accusations against arrogant rulers. 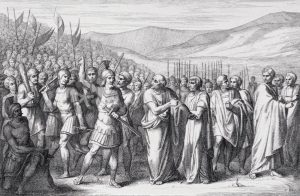 The Secession of the People to the Mons Sacer, engraved by B. Barloccini (1849), depicting the commoners leaving the city as a political protest. Wikimedia Commons

Curiously, during all the centuries of conflict in the Roman republic, it was never deeply disordered. Very few citizens were exiled or killed. Instead, there were countless examples of great virtue among citizens, and the laws supported the common good and public freedom.

Machiavelli identifies a crucial difference between the two cases. In Rome, the citizens were by and large committed to living together in a society on fair terms. Their ultimate goal was not the eradication of the opposed party; their conflicts were aimed at improving the laws, not using the laws to eliminate their opponent.

In Florence, the parties were corrupt in the sense of not seeking a fair common good. Instead, they sought to overcome and crush their opponents.

This type of self-serving conflict destroys liberty. It seizes everything from the losers and denies their existence in the polity. It also produces instability because there is so much at stake in who is ruling. Ultimately, it weakens the polity because there is no public good to be committed to and inspired by.

How does this distinction between kinds of conflict apply to present-day politics?

The 1965 Australian Freedom Ride campaign exemplifies the effectiveness of constructive conflict. The zero-sum racialised conflict suffered by the Solomon Islands over recent decades illustrate the impacts of destructive conflict.

A standard trope of civic republican writing in Machiavelli’s time was to lament the tumultuous character of the Roman republic, often in unflattering contrast to the serene harmony of the republican city-state of Venice.

Lorenzetti Ambrogio’s ‘Allegory of Good Government’ (1338) represents the ideal of civic harmony, with the people shown as small and orderly below the rulers. Wikimedia Commons

Machiavelli rejects this evaluation. The cost of Venice’s harmony was a political order heavily weighted towards the interests of the nobles and away from the common people.

In any polity, past or present, there are always powerful nobles (or, as we know them today, corporations and the corporate tycoons heading them, the Murdochs, the Berlusconis, the Koch brothers), who do not of their own accord treat the masses well.

In Machiavelli’s view, the people only secure their own freedom when they actively contest the power and influence of the nobles. The Roman plebs only flourished because of their shrill demands for inclusion and respect against the conservative reluctance of the nobles. 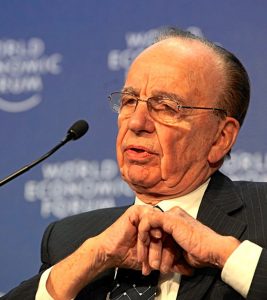 This is because the rich and powerful can bend politics through the normal channels for their own ends. Both sides of parliamentary politics struggle not to be swayed by these powerful entities: whether by their donations (see the Koch brothers’ influence on the Republican presidential nomination campaign in the US) or by their capacity to make and unmake governments, as with the mining industry’s attack on Kevin Rudd.

While there may be a legitimate need for citizens to defer to democratic decisions most of the time, unconditional deference might allow oligarchical tendencies to consolidate themselves.

Forgoing the Hobbesian view, where the persistence of protest and contentious politics attests to a deficient and weak political order, Machiavelli’s analysis encourages us to value contestatory politics as an important bulwark against the undemocratic meddling of the rich and powerful.

Rather than hope for a deferential population that does not contest government decisions, we should recognise the role of even the most unruly protest in defending inclusiveness and fairness in society, so long as it is grounded in a constructive sense of shared democratic future.