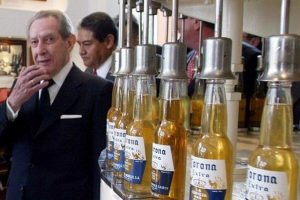 The 80 inhabitants of a small Spanish village by the name of Cerezales del Condado have all become millionaires overnight, after inheriting roughly $210 million from Antonino Fernández, the founder of the world famous Corona Brewery.

Fernández was born and raised in Cerezales del Condado, before emigrating to Mexico in 1949, at the age of 32, to work for his wife’s uncle, who owned Grupo Modelo, the company behind Corona, the world’s most famous Mexican beer. He started as a as a warehouse employee, but slowly moved up the ladder, until eventually becoming the CEO of the company, in 1971. He helped make Corona Mexico’s most popular beer, as well as one of the country’s most successful exports. But despite becoming a billionaire, Fernández never forgot about his modest beginnings, contributing substantial amounts of money to various charities in Spain and setting up non-profits to help disabled people find employment. But no one realized just how much Antonino Fernández loved his home, until they read his will. 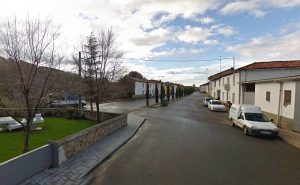 Antonino Fernández died in August, at the age of 99, and it was recently revealed that he left around $210 millions of his personal fortune to the 80 residents of Cerezales del Condado, making each of them the beneficiary of around $2.6 million. Maximino Sanchez, who owns the only bar in the village, told the Diario de León newspaper: “We never had any pesete (money) before. I don’t know what we would have done without Antonino.” The other villagers are obviously very happy and grateful, as well.

Apart from this incredibly generous contribution to the inhabitants of his home village, Fernández also left instructions for a brand new cultural center to be built in Cerezales del Condado, and made a sizeable donation to a local non-profit which supports the rural population around the village.