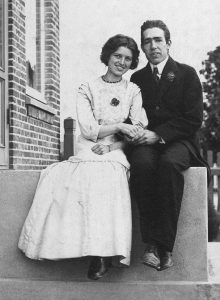 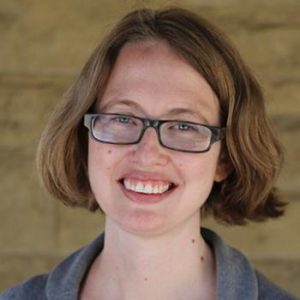 While the personal correspondence and public lectures of the Nobel Prize winning theoretical physicist, Niels Bohr, often struck readers and listeners as spontaneous or unrehearsed, a painstaking  writing process preceded all of his public writing and speaking. This extensive process involved dialogue, dictation, and revision. Revisions were branching, as frequently discarded as they were kept, and changes were made through further discussion, dictation that mirrored the generation of the first draft, and through line edits and written notes. And across all of these documents, Niels Bohr’s wife, Margrethe Nørland Bohr’s, handwriting is everywhere; her contributions are unmistakable.

If we take these writing practices and Margrethe Bohr’s administrative labor seriously, they produce a much more varied picture of the social contexts for theoretical physics than the one of the lone male genius that we have grown accustomed to. They refigure both our sense of where quantum theory was made and who made it. Far from being the work of one man and his male interlocutors standing quietly at a chalk board, the work of quantum theory emerges as collaborative, noisy, peopled not just with other physicists but with family, children, and women.

Niels Bohr writing practices were labor intensive. He went through tens to hundreds of drafts for all of his writing and enlisted the aid of an amanuensis throughout his lifetime. Describing Bohr’s editorial oversight at his institute in Copenhagen and his approach to his own work, his longtime non-scientist secretary Betty Schultz remembers retyping drafts “many, many times.” She complained about the inconvenience of Bohr’s habit of continuing to make changes to manuscripts even after he had declared them done.

Attention to drafting and revision practices helps us see new people who were important to the history of quantum theory and new sites of work. And it can also help us understand why many early quantum theorists wrote with a shared a commitment to being accessible to non-scientist readers. Niels Bohr’s choice to write with Margrethe Bohr and then with Betty Schultz was motivated by a desire to make sure that his work would be intelligible to non-physicist readers. Margrethe Bohr or Betty Schultz, listening and writing, functioned as a useful stand-ins for the non-scientist audience to whom Niels Bohr hoped his new physics might be accessible. Yes, these women wrote or typed for him, but they also provided a crucial intelligibility test. If Margrethe Bohr in particular could not understand something, Niels Bohr felt that scientific knowledge had not been created.

The role Margrethe Bohr played in securing the intelligibility of Quantum Theory to non-scientists is evident in Niels Bohr’s repeated insistence that his colleagues re-write scientific papers with Margrethe Bohr in mind as their reader. At his institute in Copenhagen or over working dinners in the family home and vacation cottage, Margrethe Bohr, sometimes the real Margrethe Bohr who was handed a draft or called into the room, and sometimes an imagined version of Margrethe Bohr who Niels evoked in conversation, came to stand in as the criteria of clarity across this community. When Niels and Margrethe Bohr’s youngest son Hans describes Margrethe Bohr’s role in his father’s work, he describes her as the final reader and editor: “After a preliminary rough copy the great work of further elaboration began. This always took a long time and the various rough copies were taken across to my mother, without whose approval it could not be completed.”⁠

Beyond being the ideal reader for quantum theory and the unofficial final editor on many publications, Margrethe Bohr contributed to the fundamental structuring of Niels Bohr’s published articles. She organized notes and bound them into booklets, giving each set of notes a substantive, synthetic title pages. While the notes themselves are highly technical, the title pages are in prose. Margrethe Bohr was not just an amanuensis and editor, but also as a someone with a key role in the intervening drafts: organizing, synthesizing, and binding things for later reference.

The organization of preliminary notes is an important aspect of revision largely orchestrated by Margrethe Bohr in the early parts of Niels Bohr’s career. As Niels Bohr built up his first drafts of articles from these notes, the sections Margarethe created in her binding and titling hold together as sections in the later drafts and have a lasting effect on the organizational structure of published articles. The material culture of their work together has a legacy in the content and organization of his published work.

This collaborative and writing-intensive understanding of how quantum theory was constructed is remarkably different from the conceptions of 20th century physicists at work that circulate most widely: Bohr pensive sitting alone behind his desk or conversing in front of a blackboard with a few colleagues. These iconic images argue that whether it happens behind a desk or in front of a blackboard, the work of quantum of theory is serious, still, silent, or hushed between colleagues. It is, without exception in these images, the work of men. 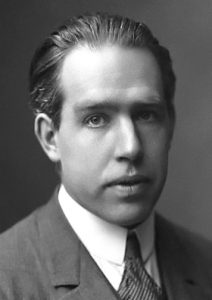 Much of the secondary literature on 20th-century theoretical physics extends this story, imagining just one tightly knit community and social setting for quantum theory. We are led to the expectation that work done within the walls of the Bohr Institute by people carrying the label of “physicists” would be most central to quantum theory. If Niels Bohr’s writing and revision practices are mentioned at all, they have the status of an entertaining puzzle or peripheral anecdote. They are regarded as a weird quirk, not an essential part of how quantum theory was made.

Seeing someone like Margrethe Bohr as more central to the story of making quantum theory requires shifting the polarities of what we usually count as scientific labor.  We have to see how paperwork, so often gendered as the work of women, and set aside as inconsequential, does in fact involve intellectual labor. Paperwork can be conceptual work, shaping both the content and form of scientific theory. Drafting, writing, revising, and organizing is scientific labor, too.

Beller, Mara. Quantum Dialogue : The Making of a Revolution. Science and Its Conceptual Foundations. Chicago, IL: University of Chicago Press, 1999.