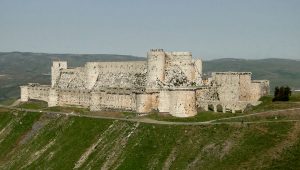 The 13th century saw a number of significant changes in the design of European and Islamic fortifications.

The Development of Crusader Fortifications 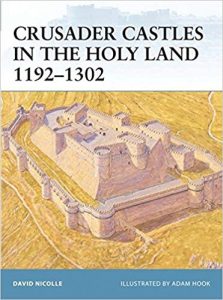 The 13th century saw a number of significant changes in the design of European and Islamic fortifications, the most significant of which first appeared in the Middle East. Consequently, the development of military architecture within the Crusader States played an important role in the history of medieval castles. At the same time major differences remained between inland and coastal fortifications. The remaining inland sites tended to be compact and relatively inaccessible when compared with some sprawling coastal cities. However, the inland city of Antioch was an exception, and also differed from most large coastal cities in having a naturally defensible position. Most coastal towns and cities lay on relatively flat and exposed terrain. This was even true of Acre, which despite being located on a headland required massive fortifications along its landward sides. Being both the effective if not titular capital of the Kingdom of Jerusalem, and by far the most populous Crusader city, it demanded special attention.

The biggest design changes became apparent in the early 13th century, reflecting developments in urban and citadel construction in neighbouring Syria. However, Crusader military architects were already improving upon existing styles during the late 12th century (see Fortress 21: Crusader Castles in the Holy Land 1097-1192), adopting and adapting, copying from others and making improvements of their own. As yet their fortifications still relied on massive and sometimes isolated towers stemming from Western European traditions, plus the Romano-Islamic castrum fortified enclosure and the new double castrum concept, which largely dated from the 12th century. Crusader architects also used naturally defensible features when siting fortifications on hilltops, mountain spurs or coastal headlands. In fact these designers demonstrated considerable adaptability while responding to the nature of a site, the size, importance, function and proposed garrison of a building. The often limited amount of money available for construction is frequently overlooked by observers who criticise the roughness of some Crusader structures. Simple rectangular towers were still built during the 13th century, though, one example being Qal’at Jiddin.

In low-lying or open regions, castra still served as regional defences against raiding or small-scale invasions, though most dated from before the Battle of Hattin. The original Sea Castle at Sidon may be such a castrum. The gate of this unusual fort faced the land, with a broad outer and a narrower inner arch with a slit for a portcullis between. Above the outer arch was a large machicolation supported by four stone brackets. Beneath each outer bracket was a carved lion, with human figures on the inner brackets. A bridge to the gate was supported by massive rectangular piers with triangular eastern sides to break the force of the waves. Stone arches spanned the gaps, except for the innermost, which orginally had a wooden drawbridge raised by chains from the machicolation.

Most double castra, hilltop and spur castles were sited in border areas, serving as garrison bases or protected depots containing supplies for field armies. Nevertheless, some scholars have misunderstood their function, dismissing some mountain castles as ‘not very impressive’ and failing to appreciate the importance of location. In fact, most complex spur and hilltop Crusader fortifications date from the 13th century. This might reflect new military priorities, although most Crusader inland territory now consisted of mountainous or upland terrain.

The most detailed documentary source about the construction of a 13th-century fortification deals with a hilltop castle. The De constructione castri Saphet discusses the Templar rebuilding of Safad after 1240. The huge costs came to 1.1 million ‘Saracen bezants’ for the first two and a half years, followed by 40,000 per year thereafter. A peacetime garrison was to include 50 brother knights, 30 brother sergeants, 50 turcopoles, 300 archers, 820 workmen and other staff, and 400 slaves; in wartime their number was expected to reach 2,200. 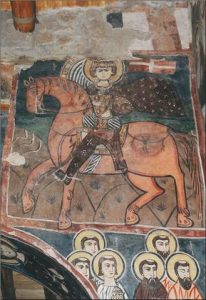 Small fragments of wall paintings have been found in several 13th-century Crusader castles. Most are in a distinctive style, which combined western European, Byzantine and Syrian Christian elements. To gain a better idea of what these paintings once looked like, it is necessary to travel beyond the area conquered by the Crusaders, to the remarkable monastery of Mar Musa al-Habashi in the hills north-east of Damascus. The interior of the church is all but covered with paintings of mounted warrior saints and biblical scenes in the same mixed style. Here, for example, St. Bacchus uses a western European form of saddle, which is even painted with heraldic decorations.

The fortified Monastery of St. Simeon the Younger, in the mountains west of Antioch, was presumably a much less expensive fortification. The best-preserved fragment is the western gateway in an outer wall, which formed one of three concentric barriers. Its crude construction made use of material from the inner wall. A third construction programme on a western gateway using well- cut ashlar blocks probably dates from the late Crusader period.

The majority of 13th-century Crusader spur- castles are in the northern and eastern regions, where the largest dominated passes or important roads. Several could accommodate large garrisons and one of the biggest problems faced by their designers was guaranteeing adequate water supplies. According to the Arab chronicler al-Dimashqi around 1300, Hisn Akkar (Gibelcar) had a ‘channel of water coming right into the castle, brought down from the hills above, and sufficient both for domestic purposes and for drinking’. Its remains can still be seen. At Montfort the keep was built above a massive cistern. Water might have been a problem in some spur-castles, but their locations on steep promontories gave designers a clear topographical advantage. This was usually enhanced by cutting a fosse across the spur, separating the castle from the neighbouring hill.

However, the most dramatic and expensive change came in the early decades of the 13th century, and was a response to a large-scale adoption of powerful counterweight trebuchets. The principle of the counterweight stone-throwing machine had probably been known for considerably longer than is generally realised (see New Vanguard 69: Medieval Siege Weapons (2) Byzantium, the Islamic World & India AD 476-1526), but it was only from the late 12th century onwards that such weapons were used in large numbers. Furthermore, the counterweight trebuchet initially made its greatest impact in defence rather than attack, as a counter-battery weapon that was most effective when mounted on top of a tower.

This led to a sudden appearance of larger, broader, and deeper towers, serving as artillery emplacements. Some fortresses had one such ‘great tower’ placed on the most vulnerable side, sometimes as a further development of the main keep. Where a larger area was enclosed the result could be a series of massive towers linked by relatively traditional curtain walls. It was a true revolution in fortification, and it was not until the widespread adoption of siege cannon in the 15th century that anything as fundamental would be seen again.

Another important development was a multiplication of existing defensive features, including doubled walls, more numerous towers and an abundance of embrasures in the walls. Tiers of superimposed defensive galleries with loopholes were installed, along with various forms of projecting machicolation. While greater efforts were made to use naturally defensive features, walls also become thicker. Ancient columns were often laid horizontally through such walls, binding their inner and outer layers together, and there was increasing use of the Islamic talus, or sloping additional base, along the outer foot of a wall.