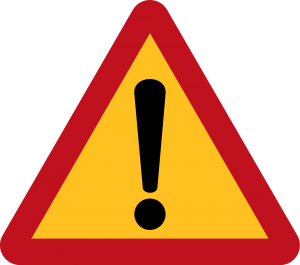 First, let’s agree that safety is a human need. Studies find that children who grow up amidst threats, violence and insecurity are less likely to thrive as grown-ups. The defensiveness induced by trauma gets in the way of creativity and the learning curve needed for achievement.

The anti-oppression movement long ago began to create safe spaces. As a gay man, I remember the first time I saw on the door of a campus office a triangle, signifying that this would be a safe place for me. Surrounded by rampant homophobia, I relaxed as I turned the doorknob.

I also took the sign on the door to be a sign of sensitivity; here might be a heterosexual ally who has empathy for my frequent encounters with prejudice, even the mild expressions that could remind me of scary or hurtful incidents. That sequence – mild expression jumping to vividly remembered hurtful incidents – later became the basis for some teachers offering to give “trigger warnings” before wading into sensitive information.

Safety is a human need, like eating. Our need to eat, however, doesn’t mean we need to eat all the time. Any human need exists in balance with other needs, one of which is a sense of agency. By agency I mean knowing our power, our ability to operate in a variety of circumstances, our acceptance of the responsibility to determine the course of our own lives.

“Don’t help me,” my six-year-old granddaughter sometimes says, as she wrestles with a challenging task and sees me preparing to intervene. Ella knows the delicious satisfaction of her own agency and is impatient with the well-meaning, but clumsy “helping” some grown-ups are prone to. She is on her way to being a high-achieving powerhouse, like Wonder Woman, her favorite character. I’ve learned in the swimming pool that the scariness of water generates fears Ella wants to handle; it would be no favor to protect her. I stay nearby while she takes the risks that support her power and growing self-confidence.

For this reason, I want to raise the question of whether the current preoccupation with safety and protection has gone too far.

In the early days of gay and women’s liberation and the black freedom movement, we were highly critical of mainstream culture. We knew that mainstream culture was dead wrong in enforcing white supremacy, say, or misogyny, so why should we assume it was right about anything else? We gave ourselves permission to question everything.

Fortunately, push-back is happening on both those fronts — first from parents who remember happy hours of childhood freedom, and second from medical people who wonder if the growth of allergies is related to the weakened immune systems of children who don’t have enough germs in their lives. On both fronts, the result is over-protection that weakens children and reduces their agency. Note the subtle dynamic of class here. Protection as obligation is especially strong in the middle class, and is generalized therefore into a hierarchy: higher-status people (who of course know better) expect themselves to ensure the safety of lower-status people.

What is now called the anti-oppression movement began with a liberatory critique but now seems to have absorbed the mainstream narrative that protection is what makes higher status people “good allies.” One way this plays out in workshops is that the facilitator is expected to use ground rules, their own authority, and other methods to protect and keep “safe” everyone in the group who might otherwise experience offensive behavior.

As I watch this long-term trend I wonder what’s happening to the agency of oppressed people subjected to this mainstream assumption. Are marginalized individuals in a group excused from standing up for themselves and fighting out differences with other group members that might arise? Are higher-status people coming to believe that oppressed people are by definition weak or even fragile? It wouldn’t be the first time that the attitudes of do-gooders diminished others, participating in the disempowerment of those they intended to help.

Many of us have lived the pro-liberation version of movements, as we came to terms with an oppressed identity or in our role as allies or both. In the 1970s, I — an “out” gay white man — taught in an Ivy League university. In my course I found more African American students showing up each semester, seeking refuge from their wider experience of dominant white norms. In the course’s three-hour experiential classes and weekend retreat, minority students renewed their determination to maintain their integrity.

We had no ground rules because I had no interest in creating a germ-free environment. Oppressive behaviors including racism showed up and useful conflicts erupted; students’ power — their immune systems — grew. The course became popular because I supported black students to tackle for themselves the white-dominated world, maintaining their critical stance. They, and other marginalized students, empowered themselves. One result was a degree of community that was unheard of in a course in a huge university.

The trigger warning — a second look

Liberation/empowerment trainer Daniel Hunter pointed out to me that the demand for “safe space” easily loses track of real life. Individuals seeking safety in a classroom may imagine that a racist statement or behavior is the same as actual harm or danger. They confuse subjective feeling and objective reality. The confusion is compounded when others buy in, believing that strong feelings should rule. In the name of sensitivity, a group culture can join the historical narrative that turns oppressed people into poor victims.

The group’s (or teacher’s) confusion here assumes that upset feelings overrule a person’s innate ability to think and act well under stress. We can test this belief. If subjective feelings control us, then surely the objective experience of harm and danger prevents us from thinking and acting smartly, right?

If we believed that, we would have to re-write history. Black Lives Matters in Minneapolis would not have come back to the police precinct house in November after the white supremacists attacked them because — since they’d been shot at — it wasn’t safe. The entire civil rights movement would never have happened, nor the workers movement, nor the women’s or LGBT or disability rights movement. None of these waited for safety to strategize smartly and act effectively.

People can of course be brilliant while scared or hurt — unless they believe otherwise. The quickest scan of successful social movement history shows not only what a lie the belief is, but also how delighted the 1 percent must be to watch anti-oppression extremists undermine every movement within reach.

Doesn’t the trigger warning expectation invite lower expectations of ourselves and others? When the technique is institutionalized, it suggests that oppressed people are too fragile to handle symbolic representations of oppression, much less able to handle oppression in real life. In my experience, the truth is otherwise: It is usually people with privilege who are fragile and can’t deal with what oppressed people often handle well. (I’m talking about class again. Sorry about that, but we do pay a price for letting the anti-oppression forces avoid interrogating their class.)

I admit I’m an elder with high expectations. I expect movements that make many demands to have a vision of what it is they seek. If the goal is to produce hot-house plants that cannot survive without the protection of others (higher-status others, of course), admit it.

My vision is of humans working to realize their full potential, supported by their cultures to act powerfully in the world to transform institutions. Folk wisdom offers a motto to guide us as we work: “Smooth seas train poor sailors.” I hope for comments from readers about how we can support everyone’s power to act for liberation.