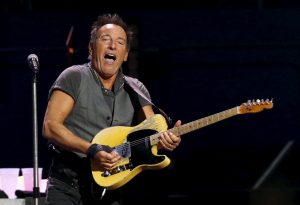 The Boss canceled a concert in North Carolina. Mario Anzuoni/Reuters

The Boss is boycotting North Carolina.

Bruce Springsteen canceled a planned April 10 show in Greensboro to show solidarity with those protesting the passage of HB2, which bars local governments from protecting LGBT individuals against discrimination.

Bryan Adams is refusing to play in Mississippi. Adams is protesting that state’s recently passed religious freedom law, which allows people to fire employees or deny services because of a religious opposition to same-sex marriage, extramarital sex or transgender individuals.

The anti-LGBTQ focus shared by these two laws also informs religious liberty bills that have recently moved through legislatures in states including Georgia and Indiana. 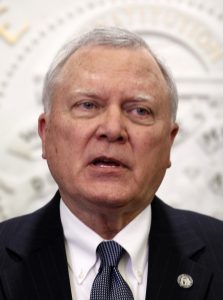 Georgia Governor Nathan Deal speaks to the media at the State Capitol in Atlanta, Georgia, January 30, 2014. Deal stated he took full responsibility for thousands of motorists and school children being stranded after an ice storm paralyzed much of the region, blocking highways and leading to at least seven deaths.   REUTERS/Tami Chappell

These bills have been met with hostility from business leaders like Salesforce.com’s Marc Benioff and Apple’s Tim Cook, and entertainment giants like Disney and Viacom. Even Coca-Cola and Pepsi agree that such laws are discriminatory. While this outpouring of opposition likely contributed to Governor Nathan Deal’s veto of Georgia’s law, other governors remain unfazed.

The key is distinguishing between actions taken to protect one’s own identity and those that project one’s identity onto others. This distinction is not a new one. It has roots in the Constitution, specifically the First Amendment.

In the United States, political leaders have often viewed religious freedom as more deserving of protection than other beliefs or forms of identity. This is starkly clear in the case of religious freedom bills that condone discrimination against the LGBTQ community in the name of religion.

Congress shall make no law respecting an establishment of religion, or prohibiting the free exercise thereof.

The first part of that statement is known as the Establishment Clause and the second half is called the Free Exercise Clause.

It is the tension between these two clauses that may be the key to imposing necessary boundaries on religious freedom. 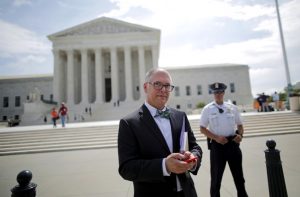 In other areas regarding identity, the Supreme Court – and Justice Kennedy in particular – has been a fierce defender of individual identity. Yet the court has also recognized the limits of exercising one’s identity when it affects others or the government’s ability to strike a broader social balance.

Take, for example, Justice Kennedy’s 2015 opinion in Obergefell v. Hodges, which prohibited states from banning same-sex marriage. Justice Kennedy emphasized that the Constitution protects certain personal choices, including those that define one’s own identity and beliefs. He also acknowledged the importance of protecting religious beliefs, but explained that when “sincere, personal opposition becomes enacted law and public policy” that “demeans and stigmatizes” others, a critical line has been crossed.

This theme can be traced through the court’s First Amendment jurisprudence. In many cases, the court has upheld the individual’s ability to be exempted from a law that would prohibit them from exercising their religious beliefs on a personal level.

For example, in Thomas v. Review Board, the court held that the state of Indiana improperly denied unemployment benefits to an individual who resigned for religious reasons. Thomas was a Jehovah’s Witness who argued that working for a weapons production plant violated his religious beliefs.

And in Wisconsin v. Yoder, the court held that forcing the children of Amish parents to attend public school would violate their right to the free exercise of religion.

Beyond seeking an exemption

Yet, where individuals sought to bring the law into conformance with their religious beliefs or to change how the law applies to others, the court has pushed back.

For example, in United States v. Lee, the court held that, while the self-employed could be held exempt from social security and employment taxes for religious reasons, an employer could not seek such an exemption on behalf of his employees. In that case, an Amish employer claimed his religion prohibited him from participation in government support programs. Writing for the court, Chief Justice Burger explained that when members of a faith choose to enter into commercial activity, the limits they impose on their own conduct cannot be superimposed on the laws that govern others engaged in the same activity.

In other cases, the court has held that a Seventh-Day Adventist cannot be refused unemployment benefits because of her unwillingness to work on the Sabbath, but at the same time employers cannot be required to honor the holy day any one employee observes.

Religious identity is not always exercised by the individual – it is often exercised by groups, including churches and faith-based organizations. In that sense, the court might be seen as protecting institutional as well as personal identity.

The court recognized in Hosanna-Tabor v. EEOC that the Lutheran Church could be exempted from certain employment laws when it came to selecting its religious ministers. Providing for such an exemption acknowledged that the state must defer to the church in appointing individuals critical to maintaining its own religious identity. Yet a law like Georgia’s, which would have allowed faith-based organizations to fire any employee, regardless of their role in shaping the religious group’s faith or mission, seems to go beyond the preservation of institutional identity.

These cases suggest that while religious identity, and the exercise of religion, must be free in the U.S., it is not a limitless right. While the law should protect the ability to live by one’s own religious beliefs, when those beliefs become law that governs everyone, and restrict the rights of others as a result, they should fall outside the protection afforded by the First Amendment.