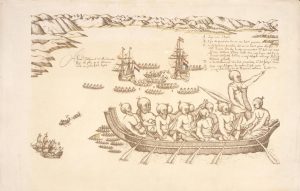 The romance and sheer challenge of getting to the far-flung islands of New Zealand have made the exploration of this land a popular topic of study. 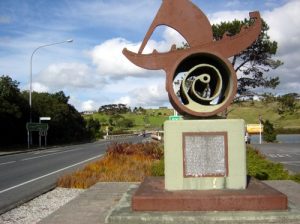 Taipā monument and Second World War honour roll.  Erected principally to Kupe and Ngāti Kahu iwi ancestors, the Tapiā monument also includes a memorial commemorating 30 local servicemen who were killed in the Second World War. These men are not just from the Taipā/Mangonui District but from the wider Far North. Almost all served in the 28th Māori Battalion.

The origins of Maori have been debated since Westerners first entered the Pacific Ocean. During his explorations of Polynesia, Cook and his scientists noted the similarities in appearance, custom, and language of the Polynesian people, suggesting a common and comparatively recent settlement of that region; more distant origins, he suggested, probably lay in the ‘Malay’ or ‘East Indies’ regions.

Others suggested that Polynesians originally came from Europe or western Asia – a view that persisted into the twentieth century. Some people saw biblical origins, placing Maori origins within the setting of the Old Testament. Nineteenth century science suggested the Aryan Polynesian, with India as the Maori homeland.

The question of when Maori first arrived in New Zealand has also been hotly debated, as has the question of a pre-Maori population. Maori oral tradition tells of an ancestral home of Hawaiki, which today is believed to be in the areas of the Southern Cook and Society islands.

Ethnologists, (led by Percy Smith) ‘tidied up’ Maori oral tradition in the late 19th and early 20th centuries, and gave the date of first Polynesian contact with New Zealand at 750 AD; the ‘great fleet’ (which departed from the Tahitian region) arrived in 1350 AD. Supported by Elsdon Best and the Maori scholar Peter Buck (Te Rangi Hiroa), Smith’s ideas became widely accepted by Maori and Pakeha alike, remaining dominant until at least the 1970s.

By the 1950s, new scientific method such as radiocarbon dating, together with new ethnological research demolished Smith’s account, suggesting that Maori may have arrived as early as 800 AD. More recently, radiocarbon dating of archeological sites, DNA analysis, and canoe reconstructions have furthered the debate. It is now believed that New Zealand was settled by people from the Southern Cook and Society islands region.

Spanish and the Portuguese had an active presence in the Pacific from the early 16th century, but there is no firm evidence of Europeans reaching New Zealand before Abel Tasman in 1642. Nor is there evidence that Arab or Chinese ships (trading in the Indian Ocean and South China Sea) were ever off New Zealand’s coast.

There was speculation that a terra australis incognita (unknown southern land) existed, but European presence in the Pacific remained well north of New Zealand before the mid 17th century. 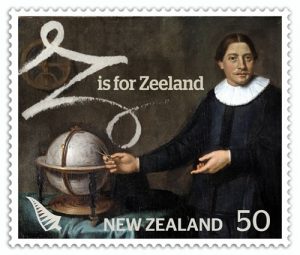 A portrait supposedly of Abel Tasman features in The A to Z of New Zealand stamp seriesproduced by New Zealand Post in 2008. This image of Tasman is taken from an oil painting of a family group held by the National Library of Australia. A leading Netherlands art historian has determined that the figures in this painting are an unknown Dutch family, not Tasman and his family as was previously believed.

Dutch exploration of the Pacific was essentially bound up with the Dutch East India Company’s quest for a southern sea route to Chile, and the possibility that there might be treasures in ‘unknown’ parts of the globe. His voyage thus motivated (and financed) by business interests, in mid December 1642 Abel Tasman sighted New Zealand, anchoring a few days later at what is now called Golden Bay. By the time he left in early January 1643, Tasman’s New Zealand was a ragged line on the world map, which might or might not be the coast of the unknown southern land. Another voyage was planned in 1643, but the Dutch never followed up on Tasman’s discovery, probably as he had not found any land which would provide the material profit the Dutch East India Company had hoped for.

Serious British interest in the Pacific is generally considered to have begun only in the mid 1760s. Following John Byron and Samuel Wallis’s earlier expeditions, in 1768 James Cook set out for Tahiti to observe the transit of Venus. The expedition was then to establish the eastern tip of Tasman’s New Zealand and the Australian coastline. While the goals of the voyage were scientific, the British also wished to expand trade and empire, and Cook would be careful to include information on resources and the suitability of land for settlement. 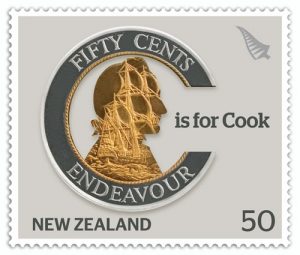 Cook sailed from Plymouth in late August 1768, and sighted New Zealand on 6 October 1769. By the time he left to chart the Australian east coast at the beginning of April 1770, he mapped the entire coastline, confirming that New Zealand was not a vast southern continent. Yet there still remained unexplored ocean to the east of New Zealand, where a great continent could lie. The exploration of these areas was one of the objectives of Cook’s second voyage (1772-5), which finally proved there was no such continent. Cook’s discoveries also forged New Zealand’s later links with Britain. Several French explorers active in the Pacific at the same time, so the Admiralty instructed Cook to annex lands he might discover. At Mercury Bay on 15 November 1769, and at Queen Charlotte Sound on 30 January 1770, he made proclamations which helped ensure that Britain would dominate New Zealand’s subsequent history.

The French, also interested in trade and exploration, were the only other Europeans to play a significant part in the mapping of New Zealand’s coastline. As Cook rounded the top of the North Island in December 1769, the French explorer Jean François Marie de Surville was as little as 40km to the south-west. In mid December he reached the west coast of New Zealand, spending two weeks in Doubtless Bay.

On the heels of de Surville, in 1772 Marc Joseph Marion du Fresne spent more than two months in the Bay of Islands while undertaking extensive repairs. He was killed in mid June, caught in a volatile situation between Ngā Puhi and Ngāti Pou, but many of his initial encounters with Maori were friendly, and the expedition left an extensive record of Maori life.

From the 1770s, New Zealand tended to be used more as a base for explorers seeking more challenging destinations. On his way to survey the north-west coast of America for example, George Vancouver spent three weeks in Dusky Sound in November 1791. In February 1793 the Italian explorer Alessandro Malaspina also called in to Dusky Sound on his way to Australia. A quarter of a century later, the Russian explorer Fabian von Bellingshausen was sent to continue to work of Cook’s later voyages in exploring the southern polar regions. He visited Queen Charlotte Sound for a week, using it as a base as Cook had. In 1824 the French explorer Louis Isidore Duperrey had a two week stop over in the Bay of Islands before continuing on his circumnavigation of the world.

Duperrey’s second-in-command in 1824 was Jules Sébastien César Dumont d’Urville. The expedition that Dumont d’Urville led in 1826 is considered to be the last important voyage in the story of the European discovery of New Zealand. D’Urville intended to complete Cook’s chart of New Zealand; he explored Tasman and Admiralty Bays, and much of the east coast of the North Island before leaving.