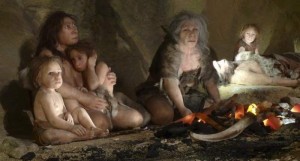 Our species, Homo sapiens, has a more adventurous sexual history than previously realized, and all that bed-hopping long ago has left an indelible mark on the human genome.

Scientists said on Friday an analysis of genetic information on about 1,500 people from locations around the world indicated at least four interbreeding episodes tens of thousands of years ago, three with our close cousins the Neanderthals and one with the mysterious extinct human species known as Denisovans.

The researchers found some of the genes inherited from these extinct species were beneficial for our species.

Many are involved in the immune system and likely helped protect against pathogens, and some play important roles in skin and hair biology, said University of Washington evolutionary geneticist Joshua Akey, who helped lead the study published in the journal Science.

The researchers analyzed DNA sequences from 35 people living on Northern Island Melanesia off the coast of New Guinea. These Melanesians were found to have about 2 percent Neanderthal ancestry plus an additional genetic contribution of roughly 2 to 4 percent from Denisovans.

Denisovans, discovered in the past decade, are known only from a pinky finger bone and two teeth from a northern Siberian cave.

The robust, large-browed Neanderthals prospered across Europe and Asia from about 350,000 years ago until disappearing shortly after 40,000 years ago. Less is known about the Denisovans.

The fact that the only known Denisovan remains come from northern Siberia but that their genetic contribution is seen in people living far away in Melanesia suggests Denisovans had a broad geographic range extending across Asia, Akey said.

“So this paints a picture of probably at least four species of hominins (our species and extinct human species) alive at the same time and interbreeding at times over the last 100,000 years. Definitely not something most people supposed before 10 years ago,” Merriwether said.

(Reporting by Will Dunham; Editing by Sandra Maler)