“I am the voice for my people and for our future generations.” 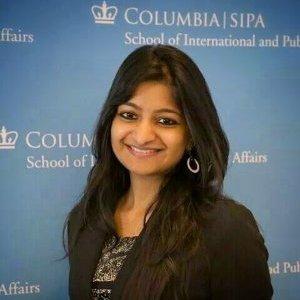 Every November, the United States pays tribute to the rich history and culture of Native Americans. Indigenous peoples are among the communities most threatened by industrial pollution and climate change, whether it be an oil pipeline on sacred lands, forced relocation in the face of coastal flooding, or a drought that forces tribes to change their their religious practices. In response, many Native Americans are working to protect their homes and inspire the next generation of climate activists. Here are eight indigenous leaders fighting for climate justice. 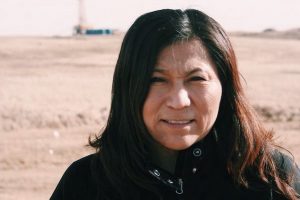 “We have allowed industry in our tribal schools here who tell our children that their way is the safest way, never telling them that the contamination comes from oil and gas extraction… This oil and gas hit us so fast that it is like an arrow shot up in the air and we are running around trying not to get hit.”

DeVille is a member of the Three Affiliated Tribes on the Fort Berthold Reservation in North Dakota, and serves as president of Fort Berthold Protectors of Water and Earth Rights, a grassroots organization fighting pollution. DeVille also serves on the Environmental Protection Agency’s National Environmental Justice Advisory Council. Her call to action came when she saw pollution from a gas flare had turned the snow around a neighbor’s home yellow. DeVille believes her community needs to protect itself through education, so she began asking for more monitoring, research and analysis. 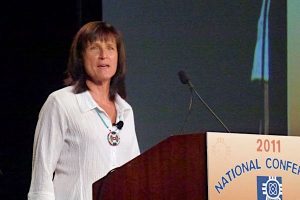 “Impacts to indigenous communities are anticipated to be both early and severe due to their location in marginal environments. However, our state of knowledge about how climate change is affecting these areas has been limited due to the lack of research occurring on tribal lands in the U.S.”

Dr. Redsteer, who is a member of the Crow Nation, studies the ways that climate change is fueling dust storms. Drawing on local knowledge, she has documented the impact of climate change on indigenous people in the Southwest and Great Plains. Her interest in geology stems from her concern about water quality on native lands. She was the coordinating lead author for a National Climate Assessment report on the impact of climate change on indigenous tribes in the southwestern United States. She also served as a lead author of the Intergovernmental Panel on Climate Change 2014 report. In her free time, Dr. Redsteer mentors Native American youth who are interested in science. 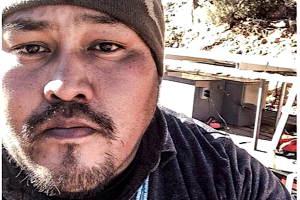 “My biggest accomplishment would be the empowerment of Navajo people by showcasing how we can build solar units in an area thought to be absent of development or growth. We can build our own solutions to issues of electrification and economic development through the use of solar.”

Isaac is the CEO of community-owned Shonto Energy, providing affordable off-grid solar power systems for members of the Navajo community living without electricity. Brett and his business partner Doug Yazzie gained national attention last year when they hauled a small array of solar panels and a battery pack atop a 20-foot trailer across six states to Standing Rock, North Dakota, where indigenous people where protesting the construction of the Dakota Access oil pipeline. The solar panels powered the camp’s kitchen, which fed thousands of “water protectors.” More recently, Isaac and Yazzie helped members of the Secwepemc Nation of British Columbia, Canada to install solar panels on a tiny house built directly in the path of a planned oil pipeline. 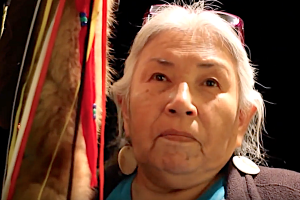 “I would hope the animals, plants and spirit recognize our prayers — and they have been listening — to save the sacred places of our ancestors. It’s our identity, we’ve been erased so much that it can’t happen any more.”

Spotted Eagle is a member of the Yankton Sioux Nation in South Dakota and head of the Brave Heart Society, which works to preserve native culture. Spotted Eagle also counsels veterans suffering from post-traumatic stress disorder. Last December, she became the first Native American to receive an electoral vote for president in the Electoral College. Spotted Eagle has led resistance efforts against tar sands development as well as the Keystone XL and Dakota Access pipelines. As a child, she was forced to relocate after the U.S. government dammed the Missouri River, flooding native lands. When she was 12, her father told her that it was her duty to do something about environmental racism — a charge she has taken very seriously ever since. 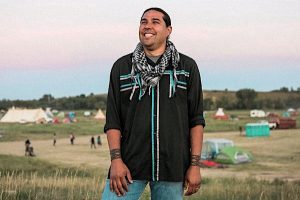 “Our acts of resistance to the Keystone XL pipeline are a perfect example of us wising up to the ongoing modern colonialist game, and a proactive step toward protecting future generations from the worst impacts of climate change.” Op-ed in The Guardian.

Goldtooth is a member of the Dakota and Dine tribes of North Dakota and is the Keep It in the Ground organizer for the Indigenous Environmental Network. Perhaps more notably, Goldtooth is a cofounder of the Native American sketch comedy group. the 1491s, which depicts contemporary Native American life. Dallas believes comedy can be used to achieve reconciliation and healing. He has used comedy in protesting the Keystone XL and Dakota Access pipelines. He was also an emcee at this year’s People’s Climate March. 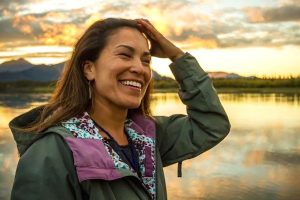 “What motivated me to work on climate action was the frustration associated with inaction and a lack of political will to change the status quo in Alaska. Many people say that Alaska is an oil state, and we are trying to change that narrative so people see that our greatest resources are our fisheries, our caribou, the myriad of wildlife, and all the ecosystems that support the cycles of life.”

For more than 30 years, Johnson, a member of the Gwich’in tribe of Alaska, has been fighting to protect the Arctic National Wildlife Refuge from oil development that threatens the porcupine caribou, on which her tribe depends for survival. She is a founding member of the Fairbanks Climate Action Coalition, which educates Alaskans about climate change and works toward solutions to the carbon crisis. In 2015, Johnson was appointed to the Board of Trustees of the Institute of Art of the American Indian by former President Barack Obama. 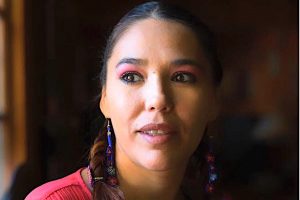 “Our Elders are sharing that we must speak up and protect what is left. Alaska is thawing three times faster than the rest of the world…This government that has the future of my people in their hands show absolutely no concern whatsoever, so I am the voice for my people and for our future generations.”

Demientieff is the executive director of the Gwich’in Steering Committee, which was formed in 1988 in response to proposed oil drilling on the coastal plain of the Arctic National Wildlife Refuge, an area known to the Gwich’in as the Sacred Place Where Life Begins. Their fight continues in the face of a recent Senate proposal to expand oil production. Demientieff and Princess Daazhraii Johnson were subjects of a recent documentary, The Refuge, commissioned by Patagonia. Her concern has grown after witnessing drastic changes to her community over the years and she is now fighting to safeguard the future of her children and grand children. 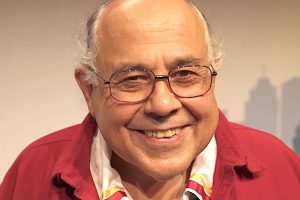 “One person cannot save only their part of the world. We either save the whole world or we don’t save it. We all have to work together. The idea that we can all pull together to do this is really important.” As quoted in GOOD Magazine.

Ettawageshik leads the United Tribes of Michigan and and also serves as treasurer for the Association of American Indian Affairs. He helped secure the adoption of the Tribal and First Nations Great Lakes Water Accord in 2004, an agreement among indigenous tribes to protect the Great Lakes basin from exploitation. In 2015, he attended the negotiations for the Paris Climate Agreement, where he delivered the closing remarks, representing the National Congress of American Indians on behalf of indigenous peoples around the world. During this year’s UN climate talks in Bonn, Germany, he introduced a resolution from his tribe supporting a coalition of 2,500 U.S. cities, states, businesses and universities committed to meeting the goals of the Paris Agreement, despite President Trump’s intentions to withdraw from the accord.

Originally published by Nexus Media under the terms of a Creative Commons Attribution-NoDerivs 3.0 Unported license.