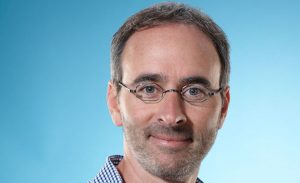 That’s a lot to accomplish at a young age, but Eric Lefkofsky was just getting started. Following is an impressive dossier of the fantastic achievements of this man that is making us aware of the possibilities of curing hideous diseases like cancer and Alzheimer’s, among others.

With All of His Successes, How Is Lefkofsky Making His Community Better?

Lefkofsky is a man of many great talents, and these talents translated into success in business, which earned him a net worth of $1.7 billion. His most proud and vital achievement is as the co-founder and CEO of Tempus.

Tempus is a technology company committed to developing tools to further the efforts of researchers in gaining information related to precision medicine through the use of clinical and molecular data. The goal is to create the world’s most extensive library of this data and an operating system designed to disseminate the information to patients, physicians, and researchers alike.

In addition to his work with Tempus, in 2006, Eric created the Lefkofsky Family Foundation with its purpose of advancing programs designed to enhance human life. Eric now lives near Chicago, IL and uses his business-building expertise to chair high-level board positions. Also, he serves as a Trustee of the Art Institute of Chicago, Lurie’s Children Hospital of Chicago, and the Museum of Science and Industry.

Aside from his other significant achievements, Eric’s philanthropy and compassion for his fellow human beings compelled him to author the book, Accelerated Disruption. It’s a book about business development but from the perspective of a person with the insight and knowledge of modern technology and the speed of business in today’s ever-changing high-technology landscape.

In the book, he explains that when a person has a great idea, it might hold such promise as to disrupt an entire industry by changing it at its core to make it ultra-successful. However, by waiting to act on the idea, the realization is that competition discovers the plan and overtakes the new business.

What Does Lefkofsky’s Social Media Presence Tell Us About Him?

Eric Lefkofsky is a social media believer on two fronts. First, he is active on Facebook and regularly posts positive messages to his followers and talks about cancer awareness and treatments. On Twitter, he elaborates on advancements in modern medicine using technology to find better outcomes for patients.

On the second front, Eric believes in the business aspect of social media and its potential. It’s not the income from ads on social media sites, but from owning a company similar to Groupon. With coupons shared on social media and local businesses making money from the additional sales generated by the coupons, Groupon profits, also.