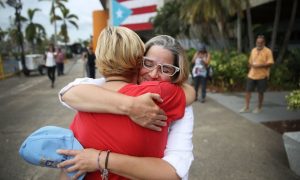 Removing debris after a hurricane or giving blood after a shooting empowers us. 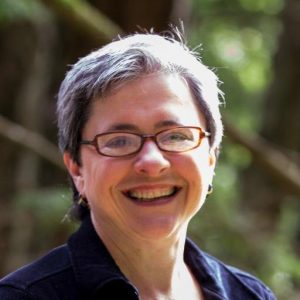 If it feels like you and the people you know have no say over what happens in Washington, D.C., that’s not an illusion. Research shows that ordinary people have close to zero influence on policymaking at the federal level while wealthy individuals and business-controlled interest groups hold substantial sway, according to an analysis published in Perspectives on Politics.

No wonder Americans are frustrated.

Two-thirds are dissatisfied with the direction of the country, according to Pew Research Center data. Almost as many feel that they are losing more than winning on the issues that matter to them.

We need stricter gun laws, say 62 percent of Americans in a Morning Consult poll, and 78 percent support mandatory licensing. Yet action is stalled.

More needs to be done about climate change, say 64 percent of U.S. voters, according to a recent Quinnipiac University poll. Seventy-five percent want to see carbon regulated as a pollutant. But federal policy is moving in the opposite direction.

We want government to be accountable to us, but here’s the rub. We don’t have the power to limit campaign spending—which 78 percent of Americans favor—according to a New York Times/CBS News Poll—or enact other policies that would make elected officials responsive to We the People instead of the big money interests.

So-called populists like Donald Trump tap into the frustration, and some—with a tolerance (or enthusiasm) for White supremacy—voted for him. But, with generals and Wall Street executives in the White House, the interests of ordinary people remain firmly outside decision-making circles. So how do we break through?

Two years ago, I took a road trip through 18 states, interviewing people about how they were making change. I visited struggling communities in the Rust Belt, Appalachia, Indian reservations, and the South, and everywhere I found people who were reimagining and rebuilding their communities, and feeling their power.

The people I visited were partnering up—immigrants and long-time residents, Black youth and elders, union workers and faith leaders—to make change where they live. They were blocking coal and gas projects and producing radio programs and theater productions that reflected a new story of what their communities value.

At the local level, government is more responsive. Seattle enacted a $15 minimum wage. California is moving forward on a climate policy that will adhere to the Paris Accord, with or without federal government involvement. Texas is closing eight prisons in six years, according to the Dallas News.

One of my co-workers at PeoplesHub, Melissa Rosario, lives in Puerto Rico and told me this story of a day following the hurricane. An elderly woman who lived alone was trapped when a sheet metal roof blew off an adjacent building and blocked the entrance to her home. A group of around 10 showed up to help. The woman laughed when she saw them. The helpers had nothing but a few hand tools and seemed unlikely to succeed, and neighbors advised them to wait for some big machinery. But together, they moved the debris. Then the neighbors brought over food and drink, and powerlessness turned to celebration.

Local power is by nature grounded—in ourselves, our values, and our family; in our community and culture; and in our ecological home. Archimedes said, “Give me a place to stand, and I can move the Earth.” When we have a strong and connected community, we have that place to stand.

And local power brings out joy. When people remove debris after a hurricane or give blood after a mass shooting, it makes them feel better.

Instead of getting burned out, frustrated, and isolated, when we gather, we get energized. The joy generated in those gatherings sustains and empowers us, and builds understanding across divides. And that local power, combined with the local power in other communities, is a foundation for changing things, nationally and globally.