Researchers set out across four cities to ask the public, what it would it take to rebuild your trust in the media? Here’s what they said. 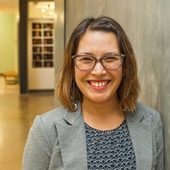 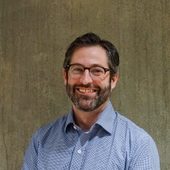 In August, nearly 400 news outlets made the case for the importance of journalism in response to President Donald Trump’s repeated claim that the media is “the enemy of the people.”

In #FreePress editorials published in newspapers across the country, writers stressed journalism’s role in a democracy, and that a free press is essential to a free society.

The message came at a time when anti-press rhetoric is soaring and concerns about inaccuracy and bias in the news have meant Americans’ trust in the media is lingering near all-time lows.

Yet our research suggests that if news organizations are truly going to close the trust gap, they must go beyond explanations of what journalism means to democracy and directly make the case for what it means to citizens.

As researchers and journalists, we launched The 32 Percent Project to explore how citizens define trust and how news organizations can better earn it. Named for the percentage of Americans who had confidence in the news media in 2016, the project was guided by the principle that the best way to discover what citizens want is to ask them.

We held public conversations with 54 people in four communities across the country, asking questions about what news organizations should do to increase public trust. Here are four insights from those conversations:

1. Open up the black box

How do reporters decide what goes into a news story? Where is the line between fact and opinion? Are the advertisers who fund the news determining what reporters cover?

To many journalists, the answers to these questions may seem self-evident. To many non-journalists, they are a mystery. Many workshop participants reported that they have little knowledge of how news is produced, which makes them skeptical of what they read, hear and see.

If news organizations are going to earn their trust, citizens said they must take active steps to communicate both their mission and their methods. Participants said this could mean anything from making unedited interviews available to explaining journalistic terms to opening newsrooms for public tours.

When it comes to restoring trust between citizens and the press, a community college student in California said journalists need to prioritize authentic, clear communication. 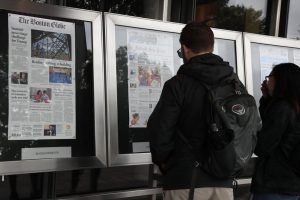 Many journalists view themselves as independent watchdogs of powerful institutions, which means they may produce articles critical of those institutions and their leaders. And while conversation participants reported that they value the watchdog function, many said news organizations must first establish their role as a good neighbor.

Citizens wanted to know that a news outlet explicitly shares the community’s values and that everyone is working together toward a shared goal. To some, that meant doing journalism as a member of a community rather than as an outside observer. To others, it meant demanding that news organizations place their public service mission ahead of short-term profits.

Journalists, they said, must approach their work as a more direct service to community members, and devote time, money and energy to building deep, reciprocal relationships with their readers, viewers and listeners.

Without a sense of common mission, many participants said they’d continue to see news organizations as working for advertisers – not for them.

3. No diversity, no trust

Across all conversations, participants said they did not see themselves or their lives reflected in the news they consume. They said journalists understandably produce stories that arise from their personal backgrounds and experiences, but noted that people of color and those who live in rural areas, for example, are not well represented in media organizations. Homogeneous newsrooms, they said, tend to produce homogeneous stories.

This conveys to those groups that the news isn’t for them, participants said, while depriving all news consumers of a richer picture of American life.

“It’s one of the reasons why rural and small-town people are trusting the media less and less,” said a participant in rural Illinois. “When they see the coverage of their own setting, either the interpretation is off or they’re really missing some important piece of the story.”

Diversity, we found, is fundamental to earning trust. If newsrooms want to gain credibility, they must broadly and authentically mirror the makeup of their audience.

One of the most common complaints we heard was that the news is too negative. And though stories about crime, car crashes and corruption may earn an audience’s attention, they don’t appear to do much to earn long-term trust.

“When there is something good going in my neighborhood, I don’t see it,” said a community activist in Boston. “But if somebody shoots somebody, oh, first page.”

Research participants said they want the news to more closely reflect the general positive sense they experience in their day-to-day lives. But that doesn’t mean they’re interested solely in feel-good coverage. Rather, many participants pointed to a need for more stories that focus on solutions to problems rather than just the problems.

If news organizations want to earn public trust, a compelling place to start would be to mirror the characteristics of trusted interpersonal relationships. That means being consistent, transparent, authentic, positive and conveying a respect for diversity alongside a sense of shared mission.

“Journalism is a relationship,” said a participant in suburban Los Angeles. “It’s not a product.”

One of the #FreePress editorials to best capture that spirit came from the San Diego Union-Tribune. The author took the opportunity to highlight the paper’s recently launched “Our Journalism, Explained” section, which engages readers in a conversation about the paper’s journalistic standards and practices.

As the editorial suggests and our research confirmed, trust isn’t something news organizations can simply ask for – it’s something they must repeatedly earn.