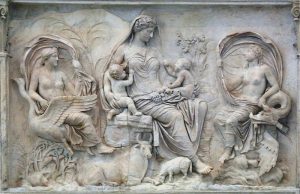 On the eastern side of Ara Pacis is a relief of Tellus Mater, the Roman earth-goddess / Photo by Chris Nas, Wikimedia Commons

With the new religion, Christianity, came new attitudes to sexual behaviour and morality. 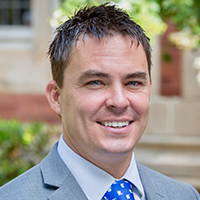 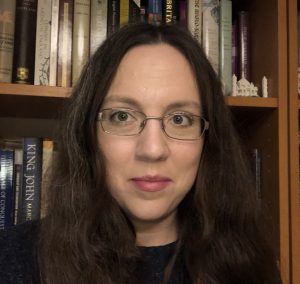 In From Shame to Sin: The Christian Transformation of Sexual Morality in Late Antiquity, Kyle Harper considers one of the most sweeping ideological changes of premodern history: the transformation of the Roman world from polytheism to Christianity. This transformation, he argues, ushered in a new phase in the history of sexuality, for with the new religion came new attitudes to sexual behaviour and morality. Harper’s ambitious volume explores the rich sexual cultures of second-century Rome, then traces the emergence and eventual triumph of Christian sexual ideals. In doing so, it makes a compelling case for both the impact of Christianity on ancient sexual morality, and for the continued influence of this ancient religious revolution on modern sexuality. 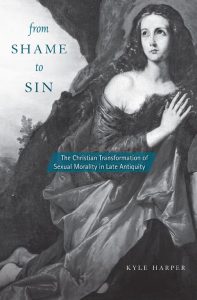 Katherine Harvey: From Shame to Sin explores the momentous shift in sexual morality which accompanied the rise of Christianity in late antiquity. Can you give a brief summary of this transformation of sexual attitudes and behaviours in Late Antiquity? Why do you describe it as a shift ‘From Shame to Sin’?

Kyle Harper: Perhaps the signal contribution of late antiquity to global history was the triumph of Christianity, in the Roman Empire and beyond; the church grew rapidly in the late third century, Constantine converted in AD 312, and by the end of the fourth century it was enshrined as the public religion. As critics and supporters alike realized, the Christians had strong and distinctive attitudes about sex. It weighed on their morality more than it ever had in pre-Christian cultures. The Christian revolution ushered in deep and sometimes subtle shifts in the way people – including ordinary people – thought about the rules that defined what they could do with their bodies and the grounds of those rules. At the same time, there were important continuities, too, pieces of the old that survived, refitted in the new age. From Shame to Sin tries to assess this transformation. In recent decades there has been an understandable shift in favour of stressing the continuities. That reconsideration of the past has yielded insights, but I think it at times misses the forest for the trees. The Christian revolution was a sexual revolution. In From Shame to Sin, I try to characterize that revolution, and I argue that there was a sweeping change in the logic of sexual ethics at the level of culture or public morality. In pre-Christian centuries, the deep order of sexual morality was a mirror of the social order; in Christian times, religion provided the primary framework. The result was a shift from a world where social structure (here symbolized for me by the language of “honor” and “shame”) was primary to one where the individual’s behaviour before God (symbolized by “sin”) was primary.

Harvey: What was the prevailing sexual climate before this transformation?

Harper: It would all depend on whom you asked! Slaves and senators, men and women, young and old all had different experiences of sexual life. This variety was built into the system by its very nature. Precisely because one’s place in the social order provided the rules of the game, different people had different encounters with the prevailing climate.

While recognizing all kinds of diversity – social, regional, etc. – I think it is important to try to draw some conclusions about life in the Roman Empire. Clearly, there was a sense in which the public morality was more open to frank eroticism than would be the case at any time since the fourth century. As any visitor to Pompeii can attest, this was truly a different culture, with different sensibilities about the place of eroticism in human life. So, first, a sort of positive and frank eroticism. But, second, and equally fundamental, an almost unbelievably callous set of attitudes towards those without social honor – slaves, prostitutes, the poor. Systemic exploitation was built into the social and moral order of the Roman world. The Roman order was constructed on the degradation of the bodies of “non-persons.” 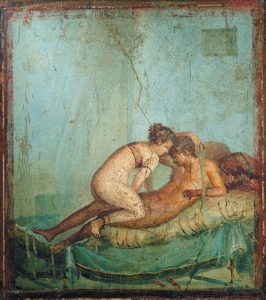 Harvey: Christian ideas about sexual morality developed at a time when Christians were a persecuted minority. How far did this shape their ideas? What other factors influenced them?

Harper: I think the experience of being a community apart from the mainstream order left a deep imprint on Christian sexual morality. The orthodox doctrine (and it was not unrivaled at any point, but especially in the early centuries) accepted that God created the world and created marriage, but early Christian sexual morality was surprisingly willing to stand apart from the world and from this social order and to question the value of sexuality and sexual reproduction altogether. I also argue for the centrality of Paul and his compressed, challenging words (especially in First Corinthians) as a kind of anchor that limited the range of motion of early Christian thought. For orthodox Christians, Paul’s words – on celibacy, on “fornication,” on marriage – provided certain mental boundaries. But, at the same time, it takes hundreds of pages just to begin to explore all the ways those words played out over subsequent centuries!

Harvey: How and why did Christian morality prevail? Was its triumph inevitable? What sort of responses did it provoke?

Harper: That’s a great question, and the answers are still profoundly debated. The triumph of Christianity must rank as one of the most unlikely victories in history. Certainly, my own work in a small way tries to add to the strangeness and unfamiliarity of its triumph. In other words, the world wasn’t inevitably moving in this direction; Christianity took it there.

Why did it prevail? It was an organized, energized missionary religion, with an uncanny ability to build communities and to provide charity in a dangerous world; it had a very articulate philosophy in a philosophical world. Its triumph provoked enormous controversy, of course, within and beyond the church. In the century or two after the conversion of Constantine, Christian leadership still had a lot of work to do to figure out what its sexual morality really meant, in a world where most people were at least nominally Christian.

Harvey: It is clear that the rise of Christianity produced an ideological shift, but how far were these new ideas reflected in the lives of the Roman people? 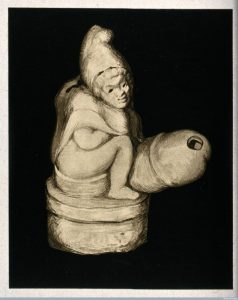 Harper: Yes and yes! The sexual morality that prevailed for honourable women was probably the least changed of all through the period of transition. But, there were important shifts, and even where the “rules” remain the same, the philosophical and cultural justification for them can change. So a chaste woman of the (pagan) first century would have thought of her life, her chastity, quite differently than one from the (Christian) fifth century, and although it is extremely challenging to reconstruct, we have to try to imagine the changing cultural pieces that people had available to them. And, difficult as it is to know what life was like for slaves and other socially marginal people in the ancient world, the change in attitude – and in law – was very real.

Harvey: One of the key themes in From Shame to Sin is the notion of freedom. How did pagan and Christian attitudes to this idea differ, and how did this difference influence their contrasting ideas about sexuality?

Harper: Freedom became an unexpectedly central idea in debates about proper sexual behaviour. In essence, orthodox Christians argued that people were radically, materially free – and that with this moral freedom came weighty moral obligation. It was a savvy way to challenge mainstream culture. But we also see these ideas percolating in Stoic and other non-Christian systems of thought. The Christians radically doubled down on the idea of freedom.

Harvey: In your introduction, you note that ‘marginal’ sexualities (prostitution, same-sex love, etc.) have been relatively little discussed in previous works on this topic. How does placing these practices at the centre of the narrative change the picture?

Harper: What I try to do is to zoom out from any single author or kind of source to think about the operation of the system of morality as a whole. That changes the perspective. If we are just looking at some idiosyncratic Stoic sources (deliberately preserved by Christian scribes!), we might underestimate the radicalism of the Christian revolution. But by including the marginal in the attempt to see the whole picture, we can appreciate how in fact their role was constructive of the system itself. I draw on the work of the scholar of Roman law, Thomas McGinn, who made the great point that prostitutes weren’t really marginal at all – they were actually in uncanny ways central to the Roman moral order. 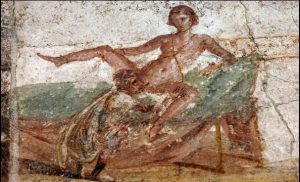 Harvey: Your book draws heavily on literary sources as evidence for changing sexual mores; what are the strengths and weaknesses of such sources? What other evidence is there for sexual behaviour in this period, and how did you use it in this book?

Harper: Sometimes the history of sexual morality is too confined by a focus on philosophical or moral texts. The history of sex should zoom out and use novels, letters, documents, laws, and material objects to try to understand the dynamics of the society as a whole. Some sources are more representative or more important than others, but the closest we can get to the truth will come from listening to as many voices as possible. I think great literature can be exceptionally valuable, when its authors sensitively capture the complexity of ideas in motion. So, I really love the “ancient romances” because, while they aren’t realistic literature, they are exceptionally sensitive documents of culture under the Roman Empire.

Harvey: As you write in the introduction to your book, ‘The sexual cultures of the classical world have been the object of unfailing interest, scholarly and otherwise.’ Why do you think this is? Is it solely attributable to popular perceptions (misperceptions?) of the ancient world as a place of extraordinary sexual freedom?

Harper: Partly. The influence of Christianity runs so deep that the classical cultures are an outstanding example of a Western sexual culture that is truly, wholly, other than the one we have inherited.

Harvey: What challenges did you face in writing a book about the history of sex, both in terms of research and audience response?

Harper: It is obviously a huge challenge to research and write about something as complex, quixotic, and intimate as sexual morality, in a huge agglomeration of societies, over several centuries. And, there is – no matter the topic – a discernible tendency for us to seek “useable” pasts. But I just try to tell the truth to the best of my abilities. Something fundamentally important happened, on this scale, in this period, and it is important to try to characterize it.

Harper: I think we of course still live with its consequences. Christianity is the world’s largest religion, and its influence expands far beyond its adherents. Some of our most basic shared ideas about individuality and the dignity of the human being trace back to this ancient revolution.