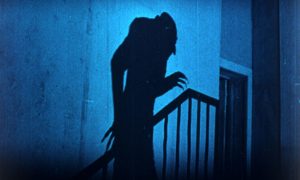 There is, it would seem, no greater chasm than that which divides the living from the dead. We who still dwell on the side of life know this as we relegate the inert bodies of those so recently just like ourselves to the elements from which they came: earth or fire – ashes to ashes; air in the towers of the Zoroastrians; very occasionally, water. We do not just toss bodies over walls, whatever we might believe (or not believe) about a soul or an afterlife. We do it with care and with rituals: funeral and mourning. We do it because it is what humans do and have always done; it represents our entry into culture from nature. We live and have always lived with our dead. To do otherwise would be to expel the dead from the community of the living, to expunge them from history.

But, at the same time as we honour our dead, we generally also want to keep a certain distance. We expect them to leave us alone in our world and remain safely in theirs. When they don’t, it is a sign that something has gone very wrong. King Creon argues in Sophocles’ tragedy Antigone that the rebel Polyneices should remain unburied as punishment for his crimes: ‘unwept, unsepulchered, a treasure to feast on for birds looking out for a dainty meal’. Had he had his way, the shade of Polyneices would undoubtedly have returned to berate the living for their scandalous neglect. Antigone’s voice is the one we – or, in any case, our better selves – hear. Care for the dead is among the ‘unwavering, unwritten customs of the gods … not some trifle of now or yesterday, but for all eternity’.

This brings us to Halloween, and to All Saints’ Day on 1 November, and All Souls’ the day after  –  the days when the boundaries between the living and the dead seem most likely to be breached. Why are these still the days of ghosts and goblins, ghouls and dancing skeletons?

Before we can answer, we need a taxonomy of the dead who have returned to our world: the revenants. Within this large family there are two genera: the fleshly and the ethereal. And within each genus there are many species. Among the fleshly, there are vampires, for example – archaeologists have dug up skeletons in Poland with bricks in their mouths put there, they think, by villagers determined to keep the vampires from coming back to devour them. Vampires seldom stray far from home, while the Norse draugr, a fleshy revenant, wanders far afield. A related Norse species, the haugbúar stays near its burrow, complains about the other inhabitants and affects the weather. The very corporeal Chinese walking dead travel great distances to be buried in a geomantically auspicious spot.

Within the genus of the ethereal revenant there are also many species: those that come back very soon after death to chide their friends for not giving them proper obsequies; the shade of Patroclus appears to Achilles in the Iliadunder just these circumstance. Or ghosts such as Hamlet’s father, in full armour – a touch of the material – coming back to tell his son he’d been murdered. There are ghosts that give off foul vapours, and ghosts that strike people (although how they do that since they have no bodies is unclear).

One thing can be said about the whole family of revenants: they are generally not a cheery lot. They come back because something is wrong: some debt from life needs to be repaid or vengeance taken; or their bodies were insufficiently cared for; or their souls were ill-remembered. Friendly ghosts such as the cartoon character Casper are an extreme rarity. In monotheistic religions, God tends to keep a close watch on the boundaries of the other world and ghosts are rare; he draws the dead to him. Monotheistic religions tend to discourage traffic with the dead, which is called necromancy, a dangerous kind of magic. In religions without one god in charge, the revenant tends to proliferate.

But nowhere do they ever seem to go away. Not in the Age of Reason: James Boswell in his Life of Samuel Johnson (1791) writes, ‘It is wonderful that 5,000 years have now elapsed … and still it is undecided whether or not there has ever been an instance of the spirit of any person appearing after death.’ All sorts of good arguments are against it, ‘but all belief is for it’. Not in the 19th century either: Jeremy Bentham, the most rational of men and enemy of superstition, could not rid himself of a belief in ghosts.

Even today, Halloween encourages us to remember in a fuzzy sort of way the medieval custom of praying for the souls of the dead by name and asking the saints to speed them toward salvation. Back then, it was an occasion for any souls unhappy with efforts to help them to come back and complain. It was a time when the boundaries between the living and the dead seemed more porous. Few of us today think we can do much for the souls of the dead or that there is much border-crossing. But the ghosts of old and even new species of revenant, such as zombies – a whole other story – are still resonant. In part, this is because the revenant have gone inward; our guilt toward the dead in general, or someone in particular whom we might have wronged, makes itself vividly manifest in our minds. It is real even if we know it is not real.

In part, it is because we are all in some way haunted by the dead who are still part of us and of our lives. It is also because mortality remains so deeply strange and unbearable. Sigmund Freud gets this right. Reason is of little help. After tens of thousands of years, there has been little progress. In ‘hardly any other sphere,’ he writes in The Uncanny (1919), ‘has our thinking and feeling changed so little since primitive times or the old been so well preserved, under a thin veneer, as in our relation to death.’

Finally, to return to where we began, we wish our fellow creatures a good death and a peaceful rest within the community of the living because we need them among us. They remain part of the world as we imagine it. To be human is to care for the dead. But we also wish the dead and dying well in order to maintain the chasm between our world and theirs. The dead are primally dangerous; we need them to stay where they are, safely quarantined, in a parallel universe to ours.