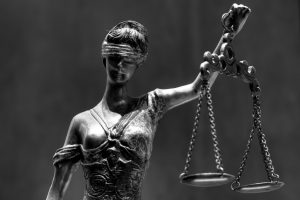 Trump lieutenant Newt Gingrich has proposed an elegant solution for all the conflicts of interest swirling around the president-elect and his team of billionaires: Ignore the law.

President-elect Donald Trump, Gingrich said, should let those in his administration do as they wish with their personal fortunes and business interests and pardon them if they are found to have violated laws against using public office for personal enrichment. “He could simply say, ‘Look, I want them to be my advisers, I pardon them if anybody finds them to have behaved against the rules, period,’” Gingrich said on NPR’s “The Diane Rehm Show” last Monday.

“Drain the Swamp” is so October.

In another NPR interview on Wednesday, Gingrich said Trump’s “swamp” campaign theme had been relegated to the marshlands of history, asserting that “he now says it was cute, but he doesn’t want to use it anymore.”

Trump, in a subsequent tweet, said he will continue to use the phrase. But former Trump campaign manager Corey Lewandowski, who just announced he’s setting up a consulting firm that will profit from his proximity to the new president, told Fox News on Thursday that “drain the swamp is probably somewhere down at the bottom” of Trump’s to-do list.

Clearly. The Trumps recently proposed to auction off access to Ivanka Trump (bidding had exceeded $72,000 in charitable contributions for coffee with the presidential daughter).

The General Services Administration has said Trump will be in violation of his lease agreement for the Trump International Hotel in Washington because the contract prohibits any U.S. elected official from participating in or benefiting from the lease. Trump needs to decide whether to try to oust the head of the IRS, which he says is auditing him. (The Trump Foundation recently admitted to the IRS that it violated federal rules against self-dealing).

Then there’s the minor matter of the Constitution and its obscurely named “emoluments clause,” which forbids the receipt by a U.S. official of funds or gifts from foreign governments. Trump has business ties in hundreds of companies doing business in a score of foreign countries.

Trump could avoid this constitutional problem and other law-breaking by divesting himself of his business holdings, but he so far has announced no specific action. The billionaires and business leaders he has named to top posts present more conflicts and are subject to additional ethics laws.

Those laws aren’t a problem if the Trump administration follows the Gingrich plan of breaking them. But before the GOP was the Party of Donald Trump, it was the Party of Abraham Lincoln, who as a young lawyer in Illinois in 1838 warned that disregard for laws would leave the United States vulnerable to its own Caesar or Napoleon.

“I know the American people are much attached to their government,” Lincoln said. “Yet, notwithstanding all this, if the laws be continually despised and disregarded … the alienation of their affections from the government is the natural consequence.”

Lincoln warned that the loss of the “political religion” of the rule of law would leave the country defenseless when an ambitious leader felt unconstrained by the founders’ framework and tried to create his own. “Is it unreasonable then to expect, that some man possessed of the loftiest genius, coupled with ambition sufficient to push it to its utmost stretch, will at some time, spring up among us?” Lincoln asked. “And when such a one does, it will require the people to be united with each other, attached to the government and laws, and generally intelligent, to successfully frustrate his designs.”

We have largely lost this attachment already. A recent Wall Street Journal-NBC News poll found that only 22 percent of Americans have confidence in the federal government.

Both parties contributed to the impression that public figures violate the laws they are meant to enforce. President Obama, continuing the practice of previous administrations, tested the boundaries of presidential power with his many executive orders and actions, particularly on immigration and health care. Bill Clinton made false statements under oath. Hillary Clinton, though undeserving of the “lock her up!” and “crooked Hillary” treatment, was careless with classified information and casual about transparency laws, and she often gave the impression that donors to her campaign and foundation were paying for access.

But this is an order of magnitude worse: an incoming president directly at odds with the Constitution, many of his top aides flouting federal laws against self-dealing — and a key adviser proposing brazen law-breaking. Where is Lincoln’s “political religion” when we need it?