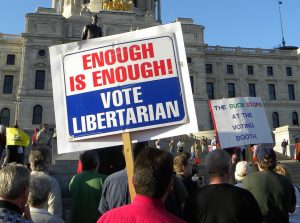 The hardest part of getting people to adopt a new paradigm concerning anything of any import and complexity is getting them to unlearn their old one. A paradigm comprises all the assumptions and concepts that we subconsciously (or unconsciously) use to perceive the world, and they are not destroyed easily.

That word “perceive” is used advisedly: our concepts, which constitute our paradigm, determine not only how we interpret our world, but how we see it.

Goethe put it pithily: “we see only what we know”.

An excellent illustration of the power of the “paradigm” is the Perceptions of Incongruity experiment that was conducted at Harvard in 1949.

In this experiment, subjects were shown playing cards and asked to call out what they saw. They would consistently identify the cards correctly. After a while, however, the experimenters would slip in “incongruous cards” in which the colors red and black were switched, such as black hearts or diamonds and red clubs or spades.

What did the subjects see when shown those incongruous cards? They did not see the incongruous cards, but normal playing cards — the cards they were expecting to see, without noticing the incongruity. For example, when shown a black six of hearts, they might call out simply “six of hearts” or “six of spades” — neither of which was correct. The subjects didn’t misunderstand or misinterpret anything — they actually misperceived something according to the paradigm in which they were (mistakenly) operating — in this case, “the playing card paradigm,” comprising everything they already knew (wrongly) about the cards they were looking at.

As the rate at which the incongruous cards were shown declined, subjects continued for some time to fail to notice them. Eventually, they would exhibit a physiological reaction of discomfort, knowing that something was wrong, but not being conscious of what. Only when they had been forced to look at many incongruous cards for very long times did they “get” what was going on and actually see what they were looking at. Suddenly, they realized that “the playing card paradigm” did not apply. They finally knew that reality included non-traditional cards. They thus became open to a new paradigm (that included black hearts etc.), and thereafter saw what was in front of their eyes.

This experiment doesn’t merely show us that we see only what we know, as Goethe said. It also shows us that paradigms are self-reinforcing, even when wrong. This is critical for anyone engaged in politics to understand. Our paradigms cause us to see the world in ways that reinforce our mistaken beliefs. In the experiment with the cards, even when a subject was shown a black heart, he “saw” a red heart, or a black club or a black spade. In other words, he “saw” something – a normal playing card – that reinforced his false paradigm that he was looking at normal playing cards…. Even though he wasn’t!

This is why so many people in the liberty movement, including the Libertarian Party itself, have had such difficulty in getting the People of our country – the nation with arguably the most libertarian founding of any nation on earth – to stop supporting the two main parties, neither of which are committed to the freedom and rights of the individual. Indeed, after more than four decades of existing, the country’s third party, the Libertarian Party, still sees a 1% vote share at a presidential election as something to be pleased about.

It’s not that liberty is a hard sell or even difficult to understand: it isn’t. Rather, it’s that libertarians, like most people including even political professionals, don’t understand how to get people to unlearn their prevailing paradigm, which, for nearly all Americans, is that of a two-party system, in which Republicans and Democrats together cover the full range of reasonable political space, while broadly opposing each other. (This paradigm is also completely false: the two main parties are philosophically aligned on most things that matter – if not always in rhetoric, then certainly in action – such as growing government in the interest of their favored groups or worldview, faux security at the expense of liberty, militaristic interventionism, massive political gifting to interests with lobbyists and money, neglect of the Constitution and the Bill of Rights, and use of the State to impose a political philosophy, rather than to enable individuals to live out our own worldviews without harming others, to name just a few).

Political paradigms, like all paradigms, are utterly pervasive because it’s impossible to see anything except through one. But for that reason, when an old paradigm fails, as in the experiment described above, people have no choice but to see the world in a whole new way. And when paradigms do become unstuck, people become extraordinarily open and things become possible that at normal times can barely even be conceived of.

And so we come to Trump – thanks to whom the D-R liberal-conservative partisan paradigm has come as close to failing as it ever could for an unprecedented number of Americas.

In a beautiful historical irony, an authoritarian has just done something in less than 40 weeks that the libertarians have failed to do in 40 years – take down the old partisan paradigm of a huge swathe of the American electorate, who now can’t vote, or won’t vote, for the party they have always identified with. And it’s happening on both “ends” of the political spectrum – as anti-Trumpers and Bernie supporters feel that their political identity is no longer reflected by either of the two big political circus tents of elephants and donkeys.

It is ironic that an authoritarian like Trump has upended one half of an establishment that has, since the New Deal at least, engaged We The People in a thoroughly authoritarian fashion – imposing its will on the People as if it is sovereign, rather than reflecting the will of The People who delegate their sovereign power to it.

The liberty movement has been trying to put a dent in the two-party system for decades. Well, folks, an authoritarian egomaniac has now done that work for you. With the duopolistic party paradigm weaker than it has been for generations, as we say in my native land, the goal is open, or as we say in my adoptive land, there’s a clearer run at the end-zone than you ever created or could have hoped to create by your own efforts.

Now, thanks to Trump, when the libertarians say the two-party system is a failure and a head-fake, they don’t have to persuade: rather, millions of Americans will be nodding in agreement before they’ve even finished the sentence. Now, and perhaps only for a few months, a large number of the American people will listen because they can already feel and see what before the liberty movement could before only try to explain to people who were quite happy to vote their political tribe. 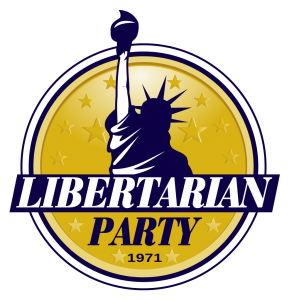 It is a profound political truth that, although people believe that their political allegiances follow their values, the reality is entirely the other way around. In practice, people identify with leaders or politicians (with whom they may have an affinity of personality) or groups or parties (with whom they may have a cultural affinity), and adopt the values of those leaders, groups or parties.

All the while someone is comfortable in their political allegiance (which in nearly every case in the USA, means an allegiance to the Republican or Democratic party), then, their political paradigm (values, favored policies) is very hard to break, so getting the person to adopt an entirely new one (as libertarians must do if they are to succeed) is next to impossible. But when traditional political allegiances are gone, as they now are for the Republicans who can see Trump for what he is, the paradigm of values no longer follows from any allegiance – and minds are unusually able to assess arguments and options based on core principles and human experiences without bias toward a political tribe or mediation by a felt political identity.

In other words, a large number of Americans are – thanks to Trump and what he has done to their commitment to their party (the GOP) and the folks who they used to think were their political allies (other Republicans) – open to a new way of seeing their country and a new way forward. For the first time, thousands of Americans may actually be able to hear what libertarians have been trying to tell them – just as the subjects in the Perceptions of Incongruity experiment were, when the old “playing card” paradigm collapsed, for the first time actually able to see the cards that were being shown to them.

This is all in the realm of the hypothetical, of course, unless the liberty movement seizes the opportunity with all the vigor it brought to bear in the excitement of Ron Paul’s presidential candidacies in 2008 and 2012.

And since I’ve mentioned Ron Paul, let’s also take a moment to be humble and enjoy some historical irony. In 2008 and 2012, in support of Ron Paul’s candidacy, libertarians tried to move the philosophical center of gravity of the GOP as a means of moving a large block of Republicans toward their philosophy. The idea was that, after the libertarian coup, the Republicans who could be persuaded to vote for more freedom would be the ones left in the party. In other words, the GOP tent would become a political vehicle where libertarian ideas could be promoted and start winning at the ballot box.

Four years later, we discover that the strategy was half right. Libertarians have indeed won unprecedented access to a large chunk of Republicans following a massive move of the philosophical center of gravity of the GOP, just as they planned – but these Republicans are not those who have become persuaded to vote for a libertarian candidate and stayed in the party: rather, they are the Republicans who are disgusted by an egotistical authoritarian candidate and left it!

I hope the liberty movement embraces this massive opportunity provided by the disaffection of Republicans who feel that their values have just been Trumped. Four years ago, many of these same people were resistant to libertarians who, they felt, wanted to tell their party where it needed to go; now, they are looking for anyone to show them where on earth (or the political spectrum) they can go. In their hearts, after all, they don’t want Hillary either.

So to my friends in the liberty movement, I say as I always do, “start meeting the disaffected where they are”.

If you start now and work fast, not only can you build the base you’ve been desperate to build: it will also be extremely good practice for when a large swathe of disaffected Democrats get burned – or should that be Berned. After all, Bernie’s supporters want the establishment, Hillary, and Trump just about as much as those disaffected Republicans do.

Reflect back to all of them their concerns for our country and their disgust at an unjust political establishment. And you may just be able to do more for liberty than you dreamed was possible even four years ago.

Just remember: when they complain about the party they’ve just come from, sympathize and show a kind understanding of their disappointment – and avoid the temptation to say, “We told you so.”