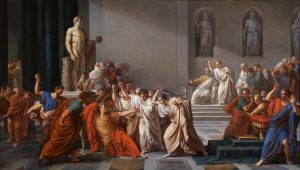 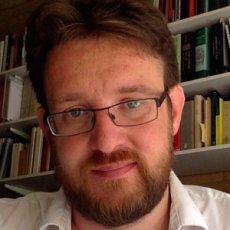 By Dr. Peter Kruschwitz / 03.08.2016
Professor of Classics
Fellow of the Pontifical Academy for Latin (Pontificia Academia Latinitatis)
University of Reading

Helvius Cinna, now virtually unknown to the wider public, once was one of Rome’s finest, most talented, highly acclaimed poets – a proponent of the progressive artistic movement of the neoterics.

Catullus, his (nowadays) rather more famous contemporary and fellow neoteric poet, revered him as a friend and celebrated his fine poetry, which inspired some of Rome’s greatest artists.

Little of Cinna’s poetry survived. One of the finest examples of his writing was preserved by Isidore of Seville. It reads as follows:

In the translation of Adrian Hollis:

The poem, which teaches us about the fiery bodies in the sky, the subject of many sleepless nights with Aratus’ lamplight, I have brought to you as a present in a boat of Prusias, written on the dry bark of smooth mallow.

A man of culture and learning, a true connoisseur, Cinna (or so these lines make us believe) brought with him, from Bithynia (‘in a boat of Prusias’) an expensive display copy of Aratus’ Phaenomena – a poet much revered in Rome and a poem that inspired several (partly surviving) ancient Latin translations, including  versions by Cicero and Germanicus Caesar.

What we do seem to know, however, is what became of Helvius Cinna subsequently.

Suetonius, in his Life of Julius Caesar, reports that Caesar disregarded many sure-fire signs that hinted at his imminent demise (Suet. Iul. 81) and he thus inspired Shakespeare’s famous line ‘beware the Ides of March’:

Now Caesar’s approaching murder was foretold to him by unmistakable signs. A few months before, when the settlers assigned to the colony at Capua by the Julian Law were demolishing some tombs of great antiquity, to build country houses, and plied their work with the greater vigour because as they rummaged about they found a quantity of vases of ancient workmanship, there was discovered in a tomb, which was said to be that of Capys, the founder of Capua, a bronze tablet, inscribed with Greek words and characters to this purport: “Whenever the bones of Capys shall be moved, it will come to pass that a son of Ilium shall be slain at the hands of his kindred, and presently avenged at heavy cost to Italy.” And let no one think this tale a myth or a lie, for it is vouched for by Cornelius Balbus, an intimate friend of Caesar. Shortly before his death, as he was told, the herds of horses which he had dedicated to the river Rubicon when he crossed it, and had let loose without a keeper, stubbornly refused to graze and wept copiously. Again, when he was offering sacrifice, the soothsayer Spurinna warned him to beware of danger, which would come not later than the Ides of March; and on the day before the Ides of that month a little bird called the king-bird flew into the Hall of Pompey with a sprig of laurel, pursued by others of various kinds from the grove hard by, which tore it to pieces in the hall. In fact the very night before his murder he dreamt now that he was flying above the clouds, and now that he was clasping the hand of Jupiter; and his wife Calpurnia thought that the pediment of their house fell, and that her husband was stabbed in her arms; and on a sudden the door of the room flew open of its own accord.

‘Beware the Ides of March’ – Caesar chose to ignore those signs, and in keeping with this tradition, so did most people at whom this warning (which since has been turned into a barely concealed threat) has since been directed.

But Caesar was not the only one haunted by premonitions and bad omens around the Ides of March of 44 B C.

Helvius Cinna was, too.

Only a few days after Caesar’s death, the night before Caesar’s funeral, the following happened to him – according to Plutarch’s Life of Brutus (Plut. Brut. 20.7-11):

But there was a certain Cinna, a poet, who had no share in the crime, but was actually a friend of Caesar’s. This man dreamed that he was invited to supper by Caesar and declined to go, but that Caesar besought and constrained him, and finally took him by the hand and led him into a yawning and darksome place, whither he followed unwilling and bewildered. After having this vision, he fell into a fever which lasted all night; but in the morning, nevertheless, when the funeral rites were held over Caesar’s body, he was ashamed not to be present, and went out into the crowd when it was already becoming savage. He was seen, however, and being thought to be, not the Cinna that he really was, but the one who had recently reviled Caesar before the assembled people, he was torn in pieces.

Immediately after the funeral the commons ran to the houses of Brutus and Cassius with firebrands, and after being repelled with difficulty, they slew Helvius Cinna when they met him, through a mistake in the name, supposing that he was Cornelius Cinna, who had the day before made a bitter indictment of Caesar and for whom they were looking; and they set his head upon a spear and paraded it about the streets.

Caesar’s assassination was unsurprising, some might even say inevitable. Cinna’s was that of an innocent bystander, that of a man in the wrong place at the wrong time … with the wrong name.

‘Beware the Ides of March’: we use this phrase to hint at a potential götterdämmerung (‘twilight of the gods’), the imminent, violent downfall of leading figures – something to behold in shock and awe.

Cinna’s assassination – and the ‘wrong’ Cinna’s assassination at that! – should remind us, though, that, while the high and mighty engage in vicious and violent battles for power and thus radicalise the masses, it is often the innocent bystander – the person in the wrong place at the wrong time with the wrong name – who truly must fear for their well-being.

Beware the Ides of March.