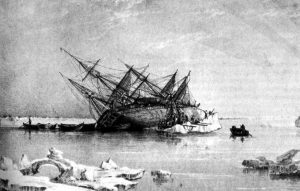 It remains one of history’s best-known naval tragedies – and mysteries. The loss of all 129 men of the 1845 Royal Navy expedition led by Captain Sir John Franklin to navigate a north-west passage through the Arctic remains an enigma. The only informative document to be recovered from the expedition was a single page that reported initial good progress through 1845 to 1847, but then the desertion of the ships in 1848 by which point nine officers – including Sir John Franklin – and 15 other ranks were reported to have died.

Franklin’s two ships, HMS Erebus and HMS Terror, became trapped in ice off King William Island in 1846, where it is known that Franklin died in June the following year. But what happened to the rest of the crew? We know that they deserted their ships in 1848 – after two winters trapped in the pack ice – and all eventually perished over the next two or three years. Three permafrost preserved bodies were found in graves at the expedition’s winter quarters of 1845/46 on Beechey Island in the northern Arctic. Forensic examination suggests that their deaths may have been caused by tuberculosis.

Skeletal remains of some other members of the crew have been found further south on King William Island and adjacent parts of the Canadian mainland. Their deaths occurred after desertion of the ships and were probably due to starvation and exposure. Some of the remains show evidence that cannibalism occurred in the last desperate throes of the expedition.

However, both of the expedition’s ships have now been discovered – HMS Erebus in September 2014 by Parks Canada, and most recently the “pristine” HMS Terror in September 2016 by the Arctic Research Foundation. Their locations and contents may provide new insights into the fate of the crew.

Early historians supposed that scurvy had caused widespread incapacity, while more recent research proposed that the men were poisoned by lead from the solder that sealed their canned provisions.

Scurvy did occur in Arctic crews but research by Simon Mays of Historic England concluded that samples of the crew’s skeletal remains show little clear evidence of the disease. Levels of lead in the remains of some of the crew are high relative to today, but it is debatable whether those levels would reflect incapacitating lead poisoning. The difficulty is the lack of normative data for levels of lead in the British population from which the crew was recruited in the 19th century. That population ingested high levels of lead from water pipes, pewter cooking utensils and drinking vessels, lead-based medical treatments and many other sources. In general, levels of lead in their bodies would have been high anyway.

The supposed roles of scurvy and lead poisoning in the disaster would be answered if the expedition’s medical records had survived – but they have eluded discovery, as have all the formal logs and journals. So our team at the University of Glasgow College of Medical, Veterinary and Life Sciences and the College of Science and Engineering proposed that the medical records of those in the Royal Naval ships sent in search of Franklin and his crew might serve as a proxy for the health problems encountered by the expedition. Those ships were similarly equipped and provisioned to Franklin’s vessels and met similar conditions. Consequently, the illnesses and deaths that occurred on them might reflect those of the lost crew. 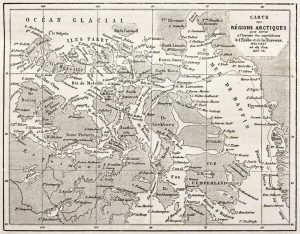 After examining the illnesses seen in almost 1,500 medical cases across nine search crews, we concluded that Franklin’s men would have suffered similar common infections, gastro-intestinal disorders and injuries. They also will have suffered exposure, and some deaths might have occurred from respiratory, cardiovascular and tubercular conditions. Scurvy was evident but was not so prevalent as to affect the operational efficiency of the crews: if the same pattern occurred in Franklin’s men then it would not have been significant, which would support Mays’ findings.

The search crews had similar canned provisions to Franklin’s men but their medical records showed no evidence of lead poisoning despite the relatively high exposure to lead that was inevitable on ships of that time. Unless a unique source of lead was present on Franklin’s ships, there is no clear evidence that lead poisoning played a part in the disaster. This conclusion supports the outcome of our earlier published reappraisal of the evidence for lead poisoning.

What then was the most likely fate of the crews, and particularly the officers who had a disproportionately higher death rate? Based on the evidence from the search ships, we proposed that the deaths of Franklin’s officers were probably due to non-medical factors such as accidents and injuries sustained when officers took on the dangerous task of hunting for wild game to supplement provisions, and continued the attempt, on foot over difficult terrain in a harsh climate, to discover the route of a north-west passage. Ironically, the expedition’s success in reaching a remote part of the Arctic resulted in entrapment that precluded escape or rescue. 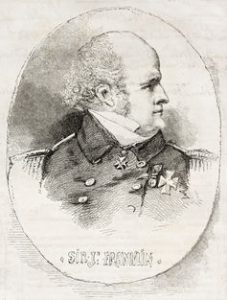 The discovery of the Erebus and Terror many miles from their initial desertion might confirm that they were re-manned and navigated to their new locations. It would be further evidence that a majority of the crew were in sufficient health to operate the ships, and counters popular portrayals of a sickly rabble staggering to their deaths in 1848. Such an end did come but David Woodman’s thoughtful analysis suggests that it was not until 1850 or 1851.

Initial exploration of the Erebus has retrieved items including the ship’s bell, bearing the date of the expedition’s departure “1845”, cannon, ceramic plates, buttons from tunics and a sword handle. The Terror appears much more intact but her discovery is too recent for an attempt to have been made to recover any contents, although the bell has been seen lying on the deck. We understand from our colleagues in Parks Canada that if any written records were stored on board the ships then they may remain legible and provide first-hand evidence of the events leading to disaster.

If any medical records have survived they will show whether health factors led to the failure of the expedition and put an end to further speculation, including our own. Whether they are ever recovered, however, remains to be seen. It is likely that the ships’ significant records would have been taken with the officers when deserting the ships so the reality is that they may now be irretrievably lost. Like all good mysteries, the Franklin saga may continue to withhold answers.